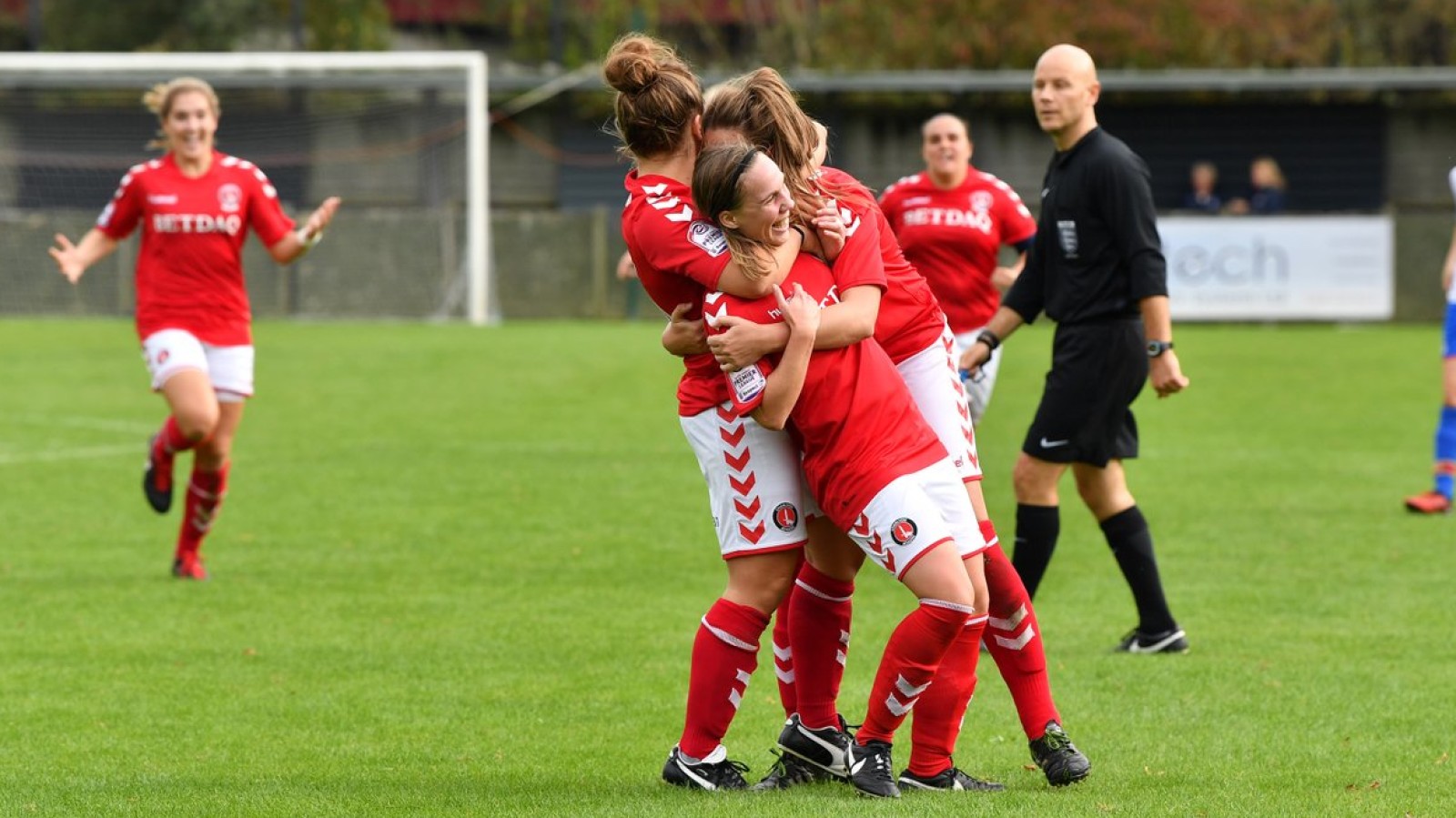 Charlotte Gurr was once again the heroine as the Charlton women’s team sealed a 1-0 victory over Crystal Palace at Sporting Club Thamesmead on Sunday to extend their lead at the top of the FA Women’s Premier League South to seven points.

Fresh off a hat trick last weekend against Cardiff, Gurr had to wait until the 73rd minute to make the break through, latching onto a perfectly weighted through ball from deep. And they hung on after a deep injury time to make it a perfect eight wins from eight.

Manager Riteesh Mishra was forced into making one change from last week’s 3-1 victory over Cardiff City as Grace Coombs returned from suspension for the injured Ellie Dorey.

It looked to have been the worst possible start for Charlton as Gemma Bryan had the ball in the net within seconds of the game starting, only to be flagged offside by the assistant referee.

Charlton went straight down the other end and a mis-kick in the Palace defence from Rosie Paye allowed Kit Graham a strike on goal from a tight angle, but it was narrowly wide.

Graham was looking Charlton’s main threat in the first period, with a stinging 20-yard effort parried away from the danger zone well by Megen Lynch.

Palace hit back again with a flurries of attempts through Bryan thrice and Stef Simmons, but they were comfortably off target.

The game burst into life properly on the half-hour mark when Addicks keeper Katie Startup had to be at her best to tip a powerful Bryan shot over, before the best chance of the game came the way of the hosts.

Graham again got clear of the defence and attempted to play square for Hope Nash, but her cross was intercepted. The ball fell kindly for Graham, who took a touch and slammed it against the crossbar.

Palace had the final say of the half, Startup yet again proving equal to Bryan, saving down low at the near post and, seconds before the interval, Leesa Haydock headed a Simmons corner wide at the far post.

Again it was a quick start from the visitors, with McRoberts and Paye heading off target and Startup again saving well down low, this time from Ellie Bailes.

It was Graham that came closest in the early stages after a fantastic through ball from Pepper, poking onto the foot of the post as more chances went begging for both sides – Lynch making a good stop to deny Gurr.

In the end, it took a moment of brilliance to separate the pair, a through ball from deep in midfield found Gurr in space. She closed on goal and gave Lynch no chance, slotting in between keeper and near post 17 minutes from time.

The midfielder had a cracking chance to make it two shortly after, from a free kick 20 yards out but Lynch held easily.

Palace piled the pressure on in search of a leveller, with a dangerous Simmons corner evading everyone before they had a gilt-edged chance to equal proceedings. Bryan got clear of the defence and had a one-on-one chance, but could only fire well over when under little pressure.

It was Graham who had the final chance of the match, lifting a volley onto the roof of the net, and Charlton held out for a win that sets them up perfectly for Wednesday evening’s match at The Valley against West Ham United, who were 5-0 victors against bottom-of-the-table Swindon Town.