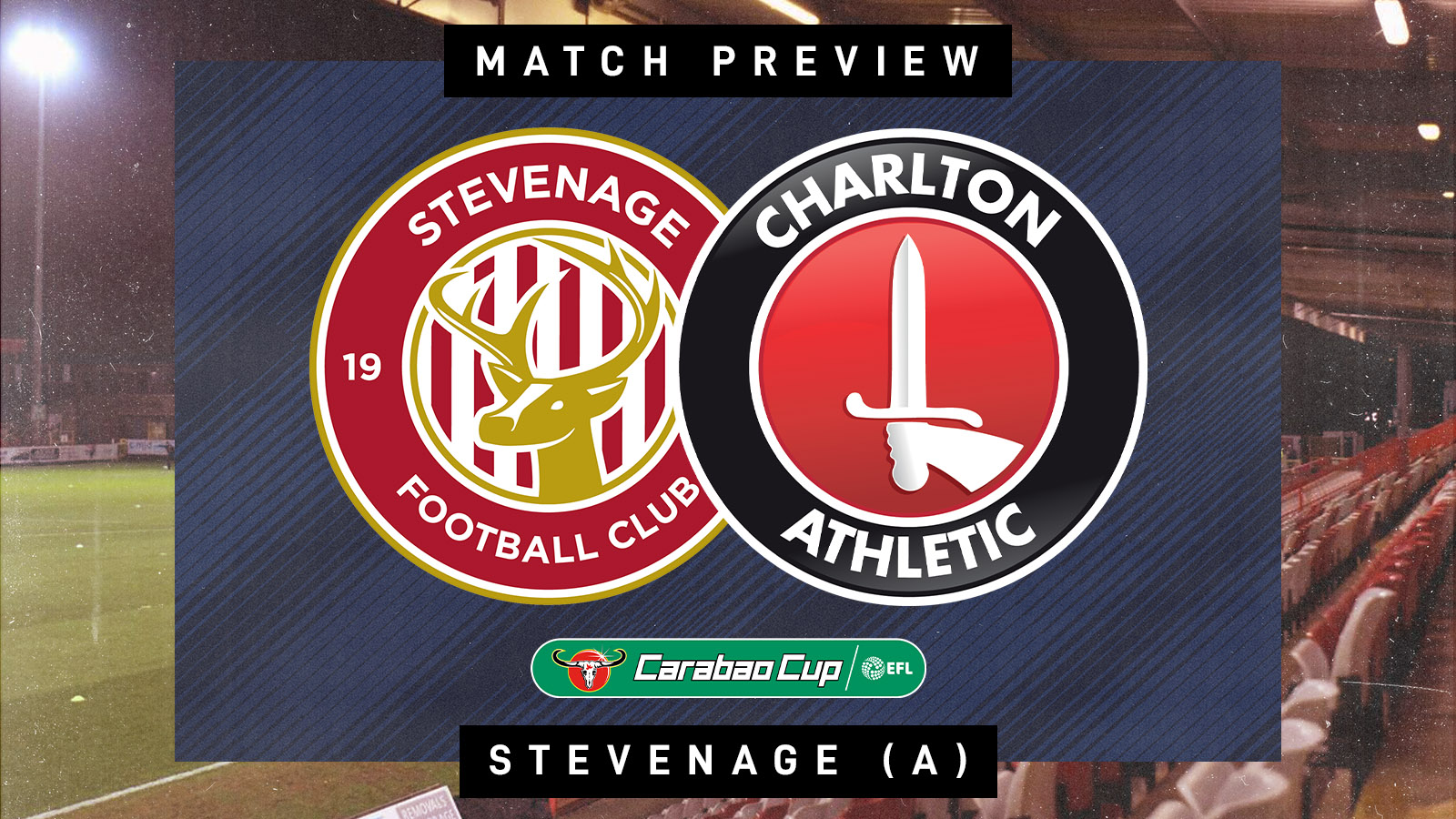 Ben Garner’s Addicks go into the third-round tie in search of a third consecutive cup triumph having already claimed victories against Brighton & Hove Albion U21 and Coalville Town to progress in the Papa John’s Trophy and Emirates FA Cup respectively.

Speaking in his Monday press conference, Garner confirmed Terell Thomas (hamstring) and Conor McGrandles (ankle) are both set for a spell on the sidelines having sustained injuries during Saturday’s FA Cup tie in SE7.

Ryan Inniss is available again having served his two-match suspension, while Garner confirmed Deji Elerewe will also return to his matchday squad after being recalled from his loan spell at Wealdstone.

Addicks midfielder Alex Gilbey, who is on loan at Stevenage, is ineligible for Tuesday’s cup clash.

Steve Evans’ side have won all but one of their games at the Lamex Stadium this term, with the solitary defeat coming in their most recent home match against Northampton Town.

The Boro have claimed victories over two higher-division clubs in Reading and Peterborough United to reach the third round of the Carabao Cup for the first time in the club’s history.

Charlton and Stevenage have only met on three previous occasions with the Addicks winning two and the Boro one.

The last meeting between the two sides came in the EFL Trophy in October 2018. Toby Stevenson bagged a debut hat-trick as the Addicks recorded a club-record 8-0 victory at the Lamex Stadium.

Tom Nield will control proceedings on Tuesday. The official last refereed a Charlton fixture in February - a 2-1 reverse at Wigan Athletic.

Nield will be assisted by Alex James and Justin Amey while Tom Reeves is the Fourth Official.

The Addicks will be in donning their popular blue third kit in Hertfordshire.

An additional 200 tickets for travelling fans will be available to purchase from the away ticket office from 6.30pm on Tuesday evening. Both cash and card payments are accepted. Please note there is a price increase of £2.