Centenary of The Valley dinner raises £16,400 for CACT 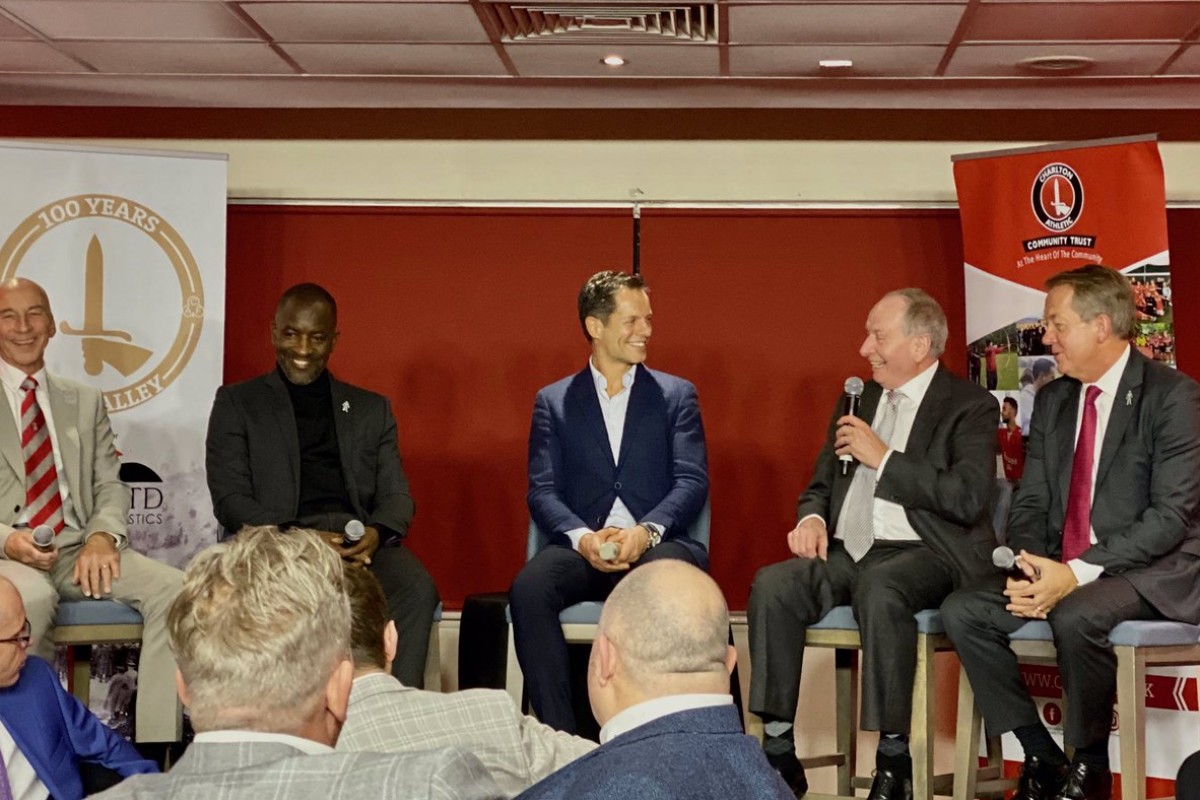 More than 200 guests attended The Valley Centenary dinner on Sunday where a total of £16,400 was raised for Charlton Athletic Community Trust (CACT).

The event, organised by the Valley Centenary Committee, celebrated 100 years since the first ever game played at The Valley, which took place on September 13th 1919.

Guests were joined by Charlton legends from across the decades including host Scott Minto and four former managers, Lennie Lawrence, Alan Curbishley, Steve Gritt and Chris Powell, who took part in a panel discussion, sharing memories of their time at The Valley. The evening ended with an auction held by John Humphrey and Bob Bolder.

“We very much hope that everyone enjoyed their night out with the stars at The Valley on Sunday evening.

“I’d like to thank all members of the committee for all of their efforts to make sure that the night went off smoothly.

“Members of the Valley Centenary Committee would also like to say a big thank you, to Scott Minto for hosting the dinner, Lennie Lawrence, Steve Gritt, Alan Curbishley and Chris Powell for sharing their memories when at the helm of the club, and Bob Bolder and John Humphrey for their tremendous efforts on the auction. Also thanks to all of our former players for attending, what turned out to be a fabulous evening.

"Thanks too, to all of the fans that attended and made a huge success of the evening.

“We were pleased to raise more than £16,000 for CACT who do such brilliant work in the community.”

“I’d like to thank everyone who came to the dinner, Scott Minto for hosting and John Humphrey and Bob Bolder for doing the auction.

“I’d also like to thank Keith Peacock and all players and former players who were there, the Centenary Committee, all auction donors and bidders, and sponsors."

Click here to view the album of photos from the evening.

Click here to find out more about CACT’s work at the heart of the community and how you can support it with a regular donation.