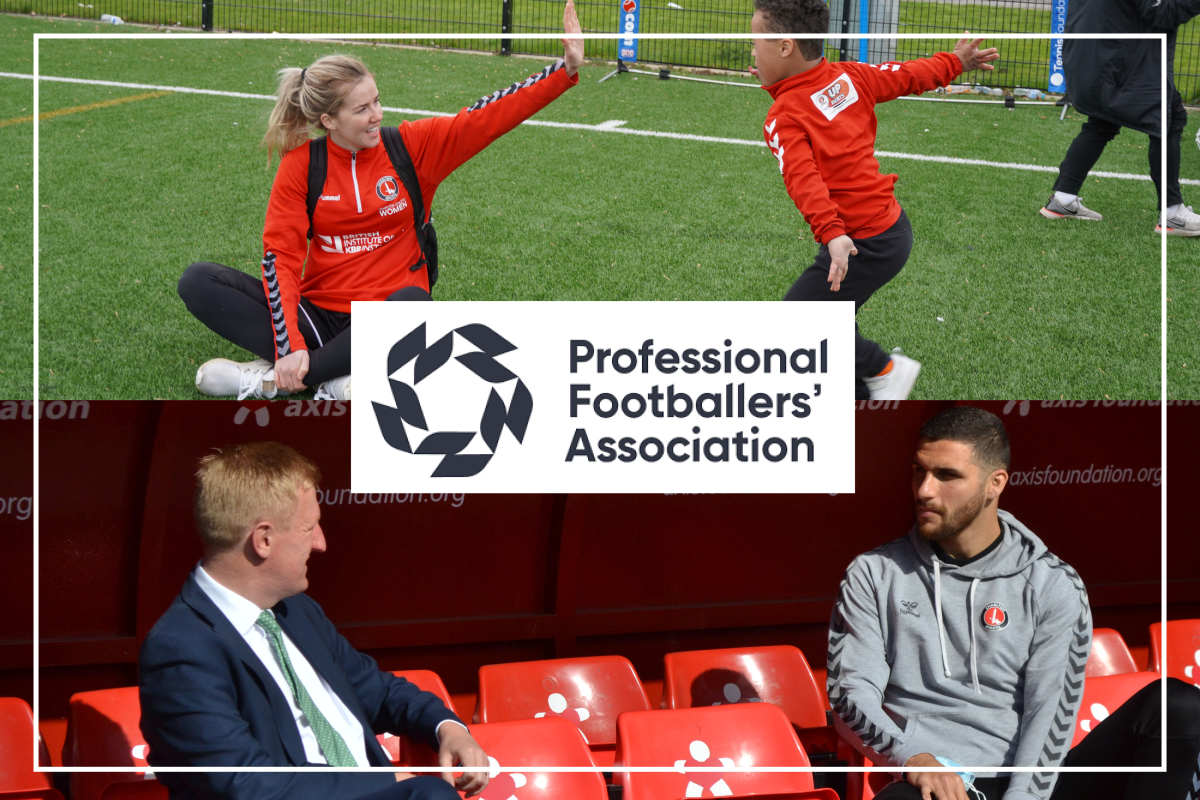 Charlton Athletic Community Trust (CACT) has named Lois Heuchan and Ryan Inniss as this year’s Professional Footballers’ Association (PFA) Community Champions for their outstanding contribution in the community this season.

Lois has engaged in various ways throughout the season including taking part in the Red, White and Black Day parade which celebrates Charlton’s diversity.

She has come along to CACT’s holiday football courses and engaged in a Q&A with participants about all things Charlton and why it’s important for young people to meet and talk to professional women’s players.

Lois also visited a Charlton Upbeats session in the summer and recently showed her support for the upcoming Upbeats Walk which is taking place on 23 April to raise money for the Charlton Upbeats programme. She has urged Charlton fans to also show their support by donating to the cause.

Addicks defender Ryan has also been recognised for his exceptional work in the local community by being named divisional winner of the EFL’s 2022 ‘PFA Player in the Community Award’.

The award is given to the players that go above and beyond with community work, either due to the breadth of involvement or for the depth of support for one particular project.

The overall winner will be announced live at the EFL Awards on Sunday, 24 April, with Inniss up against Championship winner Billy Mitchell of Millwall and Leyton Orient's Omar Beckles in League Two.

During the 2021/22 season, Ryan has demonstrated a real commitment to giving back to the local community, fully immersing himself in activities and going the extra mile to help where he can. Most notably Ryan spent every Friday evening for two months visiting CACT’s Premier League Kicks sessions which aim to help young people make positive life choices.

Ryan also helped to raise awareness on World Mental Health Day for the stigma around mental health by having a conversation with a CACT mental health client.

Both awards will be presented at the upcoming Player of the Year Dinner on Sunday 1 May. Click here to purchase tickets, which are still available.