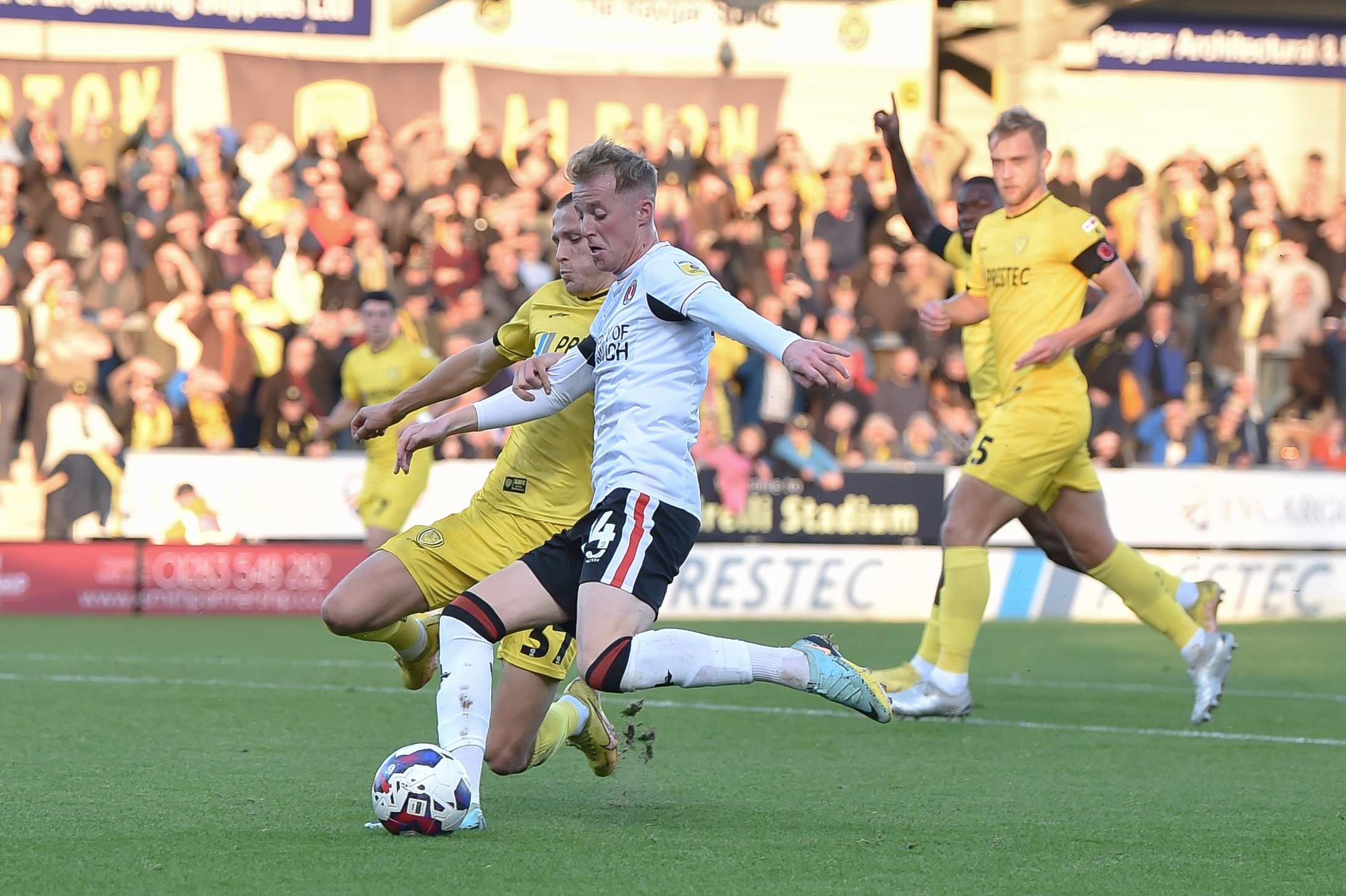 Kirk, playing up front, was deadly in front of goal, putting the Addicks 2-0 up but the home side were able to level just before half time.

The excellent Victor Adeboyejo put the home side in front before Rak-Sakyi’s well-taken leveller.

It was a game full of drama which began ahead of kick-off when Joe Wollacott, in his final game before an expected World Cup call from Ghana, was injured in the warm-up and was replaced by Craig MacGillivray. Ben Garner made three additional changes from the side that progressed at Stevenage in the Carabao Cup on Tuesday, starting again in a 4-4-2 formation with Kirk supporting Jayden Stockley.

In a frantic start the Addicks had to defend an aerial assault in the opening five minutes from corners and long throws.

Garner’s side got through the opening spell and began to play the football his team have become known for.

Kirk opened the scoring in the 26th minute and credit must go to Ryan Inniss. The centre half moved confidently in to space and played a lovely, reverse through ball into the path of Kirk, who controlled well and slotted past Viljami Sinisalo to end an excellent spell of passing from the Addicks.

It was two for Kirk 10 minutes later when he gambled on a long goal kick from MacGillivray, Stockley managed to get a slight touch to the ball and Kirk capitalised on the bounce to get in behind the Burton defence and produce a delicate chip on the half volley over Sinisalo.

Full-back Tom Hamer levelled just before the half-time whistle, smashing home from just inside the area when the Addicks weren’t able to clear a cross from Tyler Onyango.

Charlton hit the crossbar either side of half-time as the Addicks pushed to take the lead again but it was a wonderstrike from Adeboyejo that put the home side ahead.

Chasing the game Garner made changes with Aneke and Blackett-Taylor coming on and then Jack Payne and Jake Forster-Caskey.

The second set of changes saw Rak-Sakyi move up front alongside Aneke and within a minute the two combined for Charlton to equalise. Aneke controlled well and played a pass behind the Burton defence to Rak-Saky, who looped the ball over Sinisalo in front of a packed away end.

Both teams pressed for a winner with Rak-Sakyi coming closest for Charlton, seeing his shot blocked after he danced past two defenders.