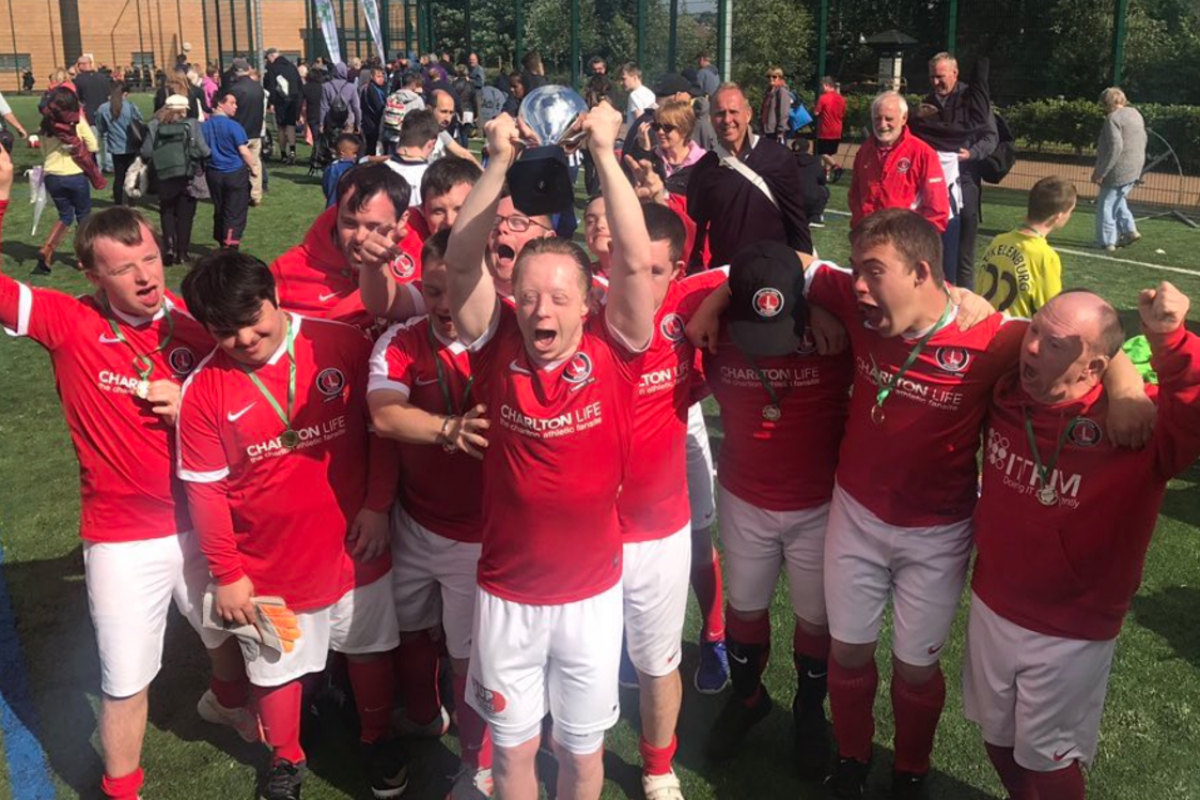 The Charlton Upbeats have been crowned national champions for the fifth time after winning the DSActive National Tournament for people with Down's Syndrome.

Due to the large squad of players at their disposal, the Upbeats entered two teams into this year’s tournament – the Charlton Upbeats Addicks and Charlton Upbeats Valiants – and both sides excelled until ultimately meeting each other in the semi-finals.

The Addicks and Valiants won their first group games 6-0 and 8-0 respectively and it set the tone for a successful afternoon.

The second set of fixtures saw the Addicks beat Derby 1-0, while the Valiants swept Fulham aside with a 4-0 victory and they both remained unbeaten throughout the group stage, advancing through to the final four.

An Upbeats side was guaranteed to be in the final after they were drawn against each other in the semi-finals and it was the Addicks who won through to take on Newcastle United for the right to be crowned champions.

For the fifth consecutive season, the Upbeats were convincing winners, dispatching the Magpies with an 8-0 win before lifting the trophy.

All of the players represented Charlton brilliantly and with pride, while Billy Birchmore was the goalscoring hero of the tournament, netting 13 goals in total. But it was William Ely who was the Upbeats' Player of the Tournament.

Impressing throughout the day with his determination and energy, at the final whistle, an emotional Ely dedicated his side's win to his late father who recently passed away.

The tournament is the flagship event for Down’s syndrome football across the country, with the Upbeats showcasing their skills, inclusion and friendships they have made as part of the Charlton Upbeats programme delivered by Charlton Athletic Community Trust (CACT).

The project is fully-funded from donations, especially from the Charlton supporters who this year helped raise over £27,000 at the annual Charlton Upbeats Day which took place on April 8th.