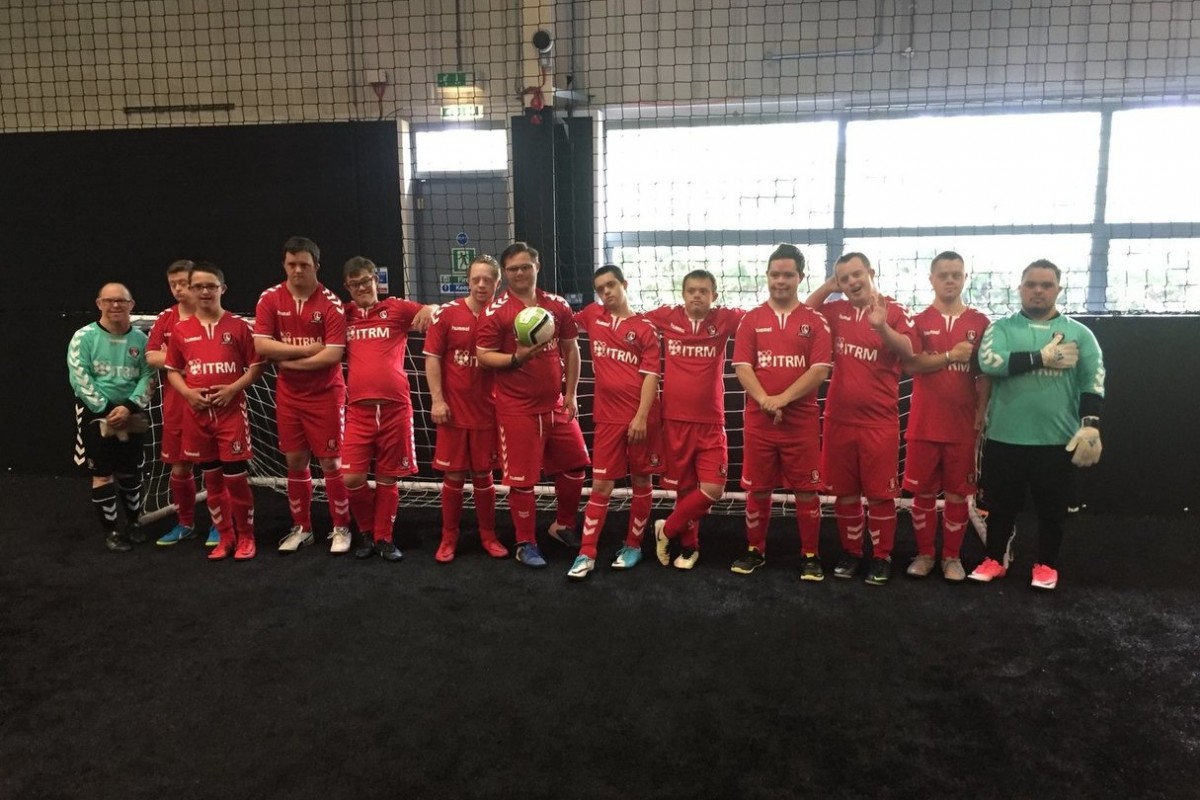 The Charlton Upbeats are celebrating their eighth DS Active National Tournament title after their seventh straight success in Birmingham.

On Friday 15 June, they flew to Belfast with Charlton Athletic Community Trust (CACT) staff to participate in the George Best Community Cup, run by the Irish FA. The Upbeats had become the first DS team to take part in the pan-disability tournament in 2016, and were this year joined by Newcastle United Foundation’s DS team, who they had become close to at other tournaments.

The Upbeats finished third in their group with three wins, two defeats and a draw, an impressive achievement given the quality of the other teams present.

They then flew to Birmingham, where two Upbeats teams competed at the DS Active National Tournament, playing free-flowing football throughout. The Upbeats beat Derby County on their way to the final, which saw them come up against a Merseyside All Stars team comprising DS players from Liverpool and Everton.

1-1 at half-time, it was a tough game, with the Merseysiders making it difficult for the Upbeats in periods. But a great individual goal from man of the match William Ely put his side ahead five minutes from time, and he added a third immediately after to make sure of the win.

“This project has always been about giving these guys the opportunities and platform they deserve, and they have certainly been provided with that.

“The standard of DS Active football has improved each year, and this year’s National Tournament was of the highest standard yet, with four or five teams looking capable of challenging the Upbeats for the title.

“The Upbeats, their families and everyone at CACT would like to thank all those who support the project, including CACT Principal Partner ITRM.”

ITRM Managing Director Dave White, who was in Birmingham to support the Upbeats, said:

“It is always special for me and my family to spend time with the Upbeats and especially when cheering them on in the DS Active National Tournament. It was great to be there in person to witness yet another triumph for the inspiring Upbeats! This year CACT entered two teams and whilst the 'Charlton Addicks Upbeats' won the overall tournament, both were incredible and both teams were winners in my eyes!

“The Charlton Upbeats initiative is remarkable in that CACT doesn’t just support people with Down's syndrome, they challenge them and give them a platform that truly enriches their lives.

“ITRM is proud to support the ground-breaking work of CACT throughout the year as Principal Partner, and the Upbeats are a fantastic example of the huge and very real benefits CACT's programmes have in the community.''

CACT is also grateful for the support the programme receives from Regular Cleaning, WJ King and Charlton Life. Regular Cleaning are the patron for the Early Help & Prevention strand.