The visit of the newly-relegated Rams marks the first competitive home fixture of the Garner era.

“I’m really looking forward to it,” said Garner in his Friday press conference. “Obviously I had a small taste of it against Swansea. The fact that it is Derby, who will bring a good following, will add to the atmosphere.

“Looking at how the players have been in training this week I’m really excited for the game. It’s going to be a big test for us. Obviously Derby are a huge club with vast, vast Championship and Premier League experience within their squad, but we are a huge club.

“We are a huge club in this division and we want to go and prove that we can take on anyone at home and anyone that’s coming to The Valley this season is going to be in for a really tough game.

“We need to perform and hopefully we can create a fantastic atmosphere and get that energy and that passion coming down from the stands,” he added. “It’s such a great energy source for the players and if we can get that, that will be a massive help tomorrow.

“It’s going to be a really good League One game, looking at how they play and knowing how we will play.”

Mandela Egbo and Chuks Aneke both remain sidelined for this weekend’s fixture, with Garner reporting an otherwise clean bill of health.

“We had a couple of hefty tackles and blows from Accrington - impact injuries - but nothing that has kept anyone out this week,” explained the boss. “Everyone has recovered well so it’s as we were on injuries.

“Mandela Egbo is recovering well and working ever so hard. Chuks I would like to think will come back into the reckoning for next weekend all being well, but he won’t be available for tomorrow.”

Garner reserved particular praise for 18-year-old academy graduate Miles Leaburn, who has moved into the first team dressing room this week having followed up an impressive pre-season with a debut goal at Accrington Stanley last weekend.

“Since I’ve come in, Miles has trained from the first day of pre-season and you can see potential there. His work rate has been excellent, his attitude has been fantastic and he’s talented. Those three things together work really well for me.
“He’s taken his opportunities in pre-season and he came on and took his opportunity last weekend. He has moved across to the first team dressing room this week which is a sign of how well he has done. He’s earned the respect of the senior players.

“He’s got to keep his feet on the ground, he’s got to keep working hard and he’s got to take every opportunity that comes his way. He excites me as a player and I’ve got a lot of faith in him and a lot of confidence in what we can do.”

Asked for an update on potential transfers, Garner said: “We are still working. We are close. There are a lot of things that have to align for a transfer to fall into place. You are looking for the player to want to come here and for us to want the player. Obviously there is the involvement of their agent, the involvement of the other club and the need for all parties to align and agree the finances etc. There is a lot that needs to fall in place.

“We are quite a way down the line with a couple of those,” revealed the gaffer. “We are just waiting for the final piece of the jigsaw, if you like, to fall into place. I’m hopeful that we will have those in sooner rather than later and we can add to what I think is a good core at the moment. We just need a little bit of further depth and a little bit of further strength in certain areas that will complement the players that are already in the building.”

Grab your tickets for the clash against the Rams by clicking on the graphic below. 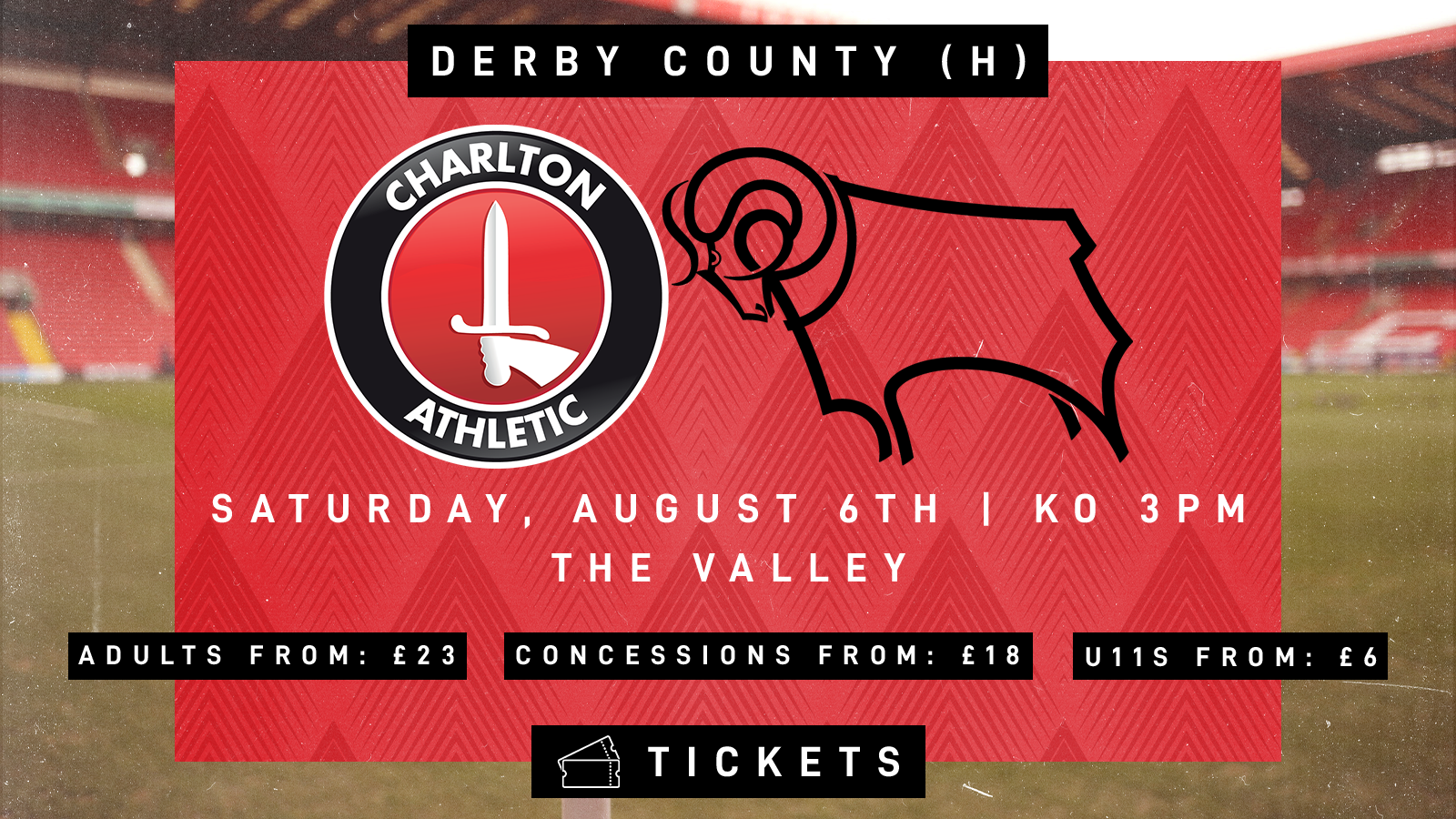