Garner: “We need to show a big reaction” 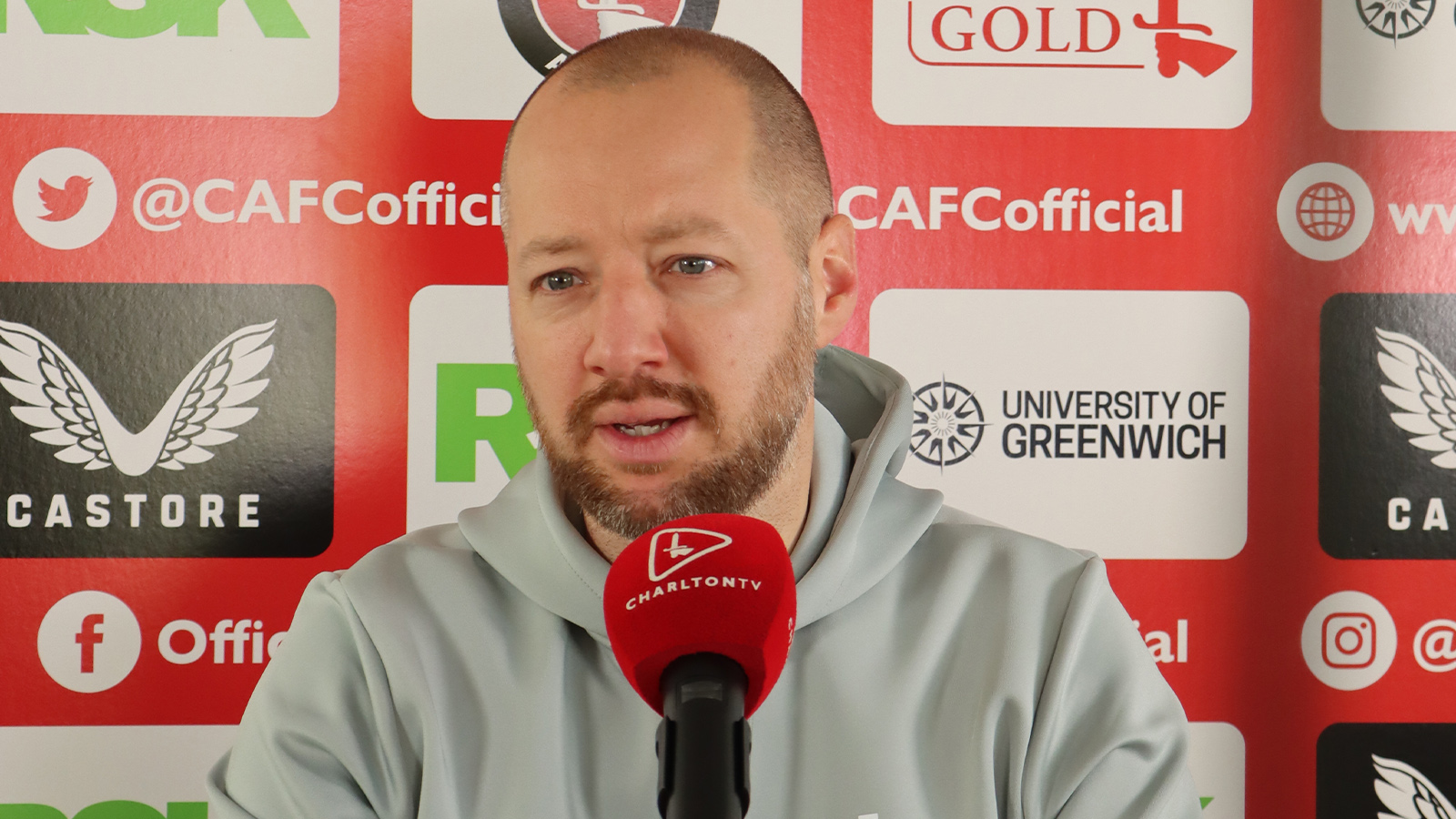 Ben Garner has called for a reaction from his Charlton side ahead of Saturday’s Emirates FA Cup second-round tie against Stockport County at The Valley.

The Addicks were condemned to a 1-0 defeat at Port Vale last weekend and the manager wants to see his players respond by booking their place in round three.

Speaking in his Friday press conference, Garner said: “It’s an FA Cup game against a really good side in Stockport who are in really good form in League Two and they’ll be well-backed by a good crowd themselves. It should be a good atmosphere at the game and we need to show a big reaction from last week and show much more of what we’re about.

Diallang Jaiyesimi could return to the matchday squad having returned to training at Sparrows Lane this week, though Jake Forster-Caskey picked up a knock at Plymouth Argyle in midweek.

“DJ has trained three days now this week,” revealed Garner. “He joined in on Tuesday, he trained yesterday and he will train again today. I’ll see how he is today but there could be a possibility of him coming into the squad on Saturday which is great.

“The only injury picked up is Jake Forster-Caskey who just felt his groin on Tuesday night and didn’t train yesterday. We’ll assess him this morning and see where he is. Then we’ll work through into Saturday and we’ll still get a very good team on the pitch. We still have a good squad and it provides opportunities for young players again.”

Asked for his thoughts on Jayden Stockley’s three-game suspension, the boss said: “Obviously Jayden is frustrated and disappointed by it, especially with the position that we’re in in terms of being a little bit stretched with the squad and now we miss Jayden for three games.

“He’s made a bad decision within the game and that’s cost him and cost us. He’s had his punishment through the FA and it’s something that we will look at internally as well and then we’ll draw a line under it.

“I had a really good chat with Jayden yesterday. It’s now about how we move forwards from here and how he uses this time most effectively to make sure that when he is available again he’s in the best place.”

Given the absence of Stockley, Garner revealed the Addicks have been working on alternative shapes.

“We’ve prepared yesterday with a way of playing and a system that we’re happy with and we think will be good on Saturday,” he explained. “Chuks is building his minutes up and is doing well in training and getting stronger, for sure. Then we’ve obviously had to look at other options around that and other considerations, which we’ve done.

“We’re well aware of where we are in terms of that end of the pitch, what we can and can’t do and we’ve got to work within those parameters. For me it’s always about finding the strengths of the players. I’m not going to ask someone to do something that I don’t think they can do; I want them to play to their strengths and I want the group to play to our strengths.

“If we do that we can beat anyone in League One and so if we do that on Saturday against a strong League Two side in Stockport and perform to the levels that we can then we’re going to give ourselves a fantastic chance of getting through to that next round.”

Click here to get your tickets for Saturday’s cup clash.