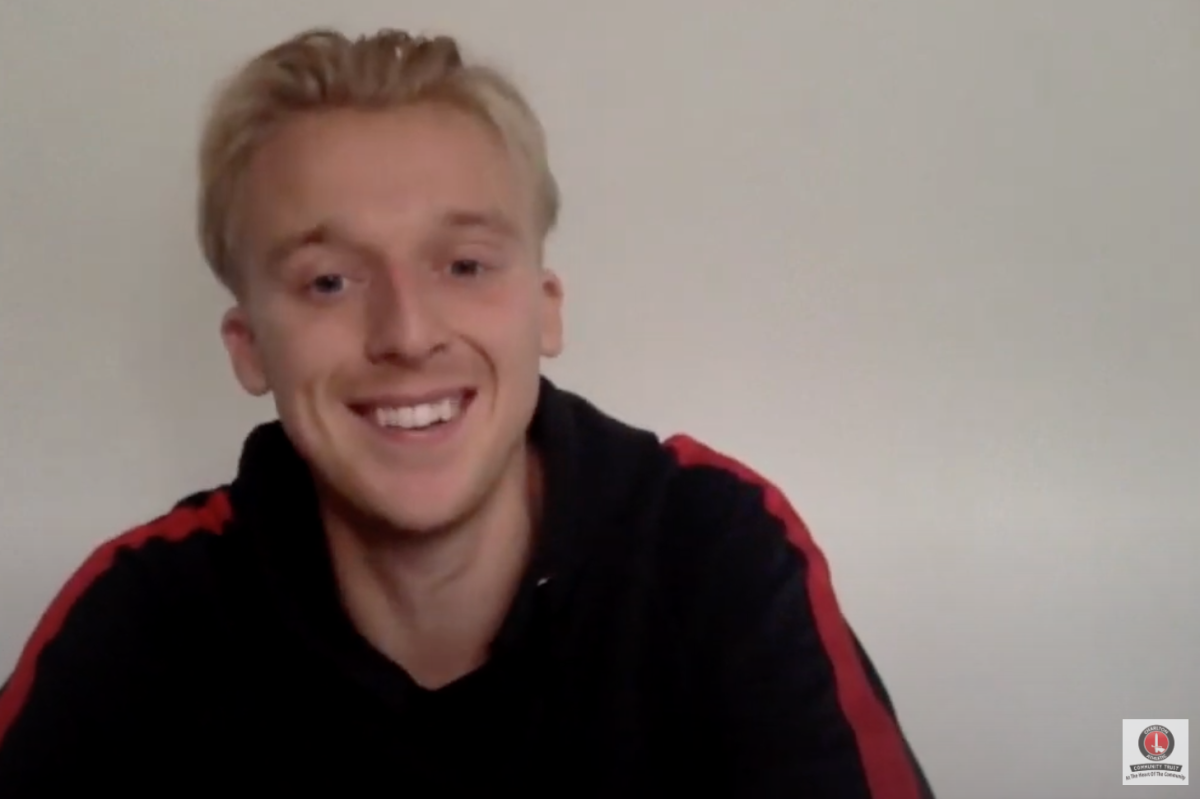 George offered to interview Mahala as part of CACT and Charlton Athletic’s celebration of World Mental Health Day in partnership with the English Football League and MIND Charity.

Charlton Athletic will be releasing a new video on World Mental Health Day, combining clips from fans, former players and staff about how Charlton has had a positive impact on their mental health.

Mahala Debnam, 29, became a participant on EIP, which is run in partnership with the Kent and Medway Early Intervention Service in West Kent, in 2017.

The programme is funded by Live Well Kent, a network of organisations who come together to support people with their mental health and general wellbeing.

“I was involved due to experiencing my first episode of acute psychosis back in July 2017”, Mahala explained. CACT’s project and services have been part of the programme for the Early Intervention in Psychosis team to help people like myself going through struggles of psychosis.

“Without the CACT programme, I would not have been where I am today with my mental health recovery”, she added.

The EIP programme involves a range of sport and physical activities plus culture and leisure visits. Mahala told George about four-day Next Steps residential to Cornwall for participants who are at an advanced stage of their recovery.

Mahala, who is from Higham, Kent, describes one activity on the trip as a “turning point” in her journey.

“One of the things we did was do a zip wire flight over the Eden Project globes. This was very much a turning point in my mental health due to being able to overcome my fear and anxiety as a whole.”

“I think a lot of players probably do suffer with some sort of mental health problem. It’s not at all, but in the eyes of football it’s sort of seen as a weakness to say ‘do you know what, I feel down today, I don’t feel alright’.

“Many people will benefit from CACT’s expertise and we’re pleased to fund its work. We also believe that a joint approach is the best way to help people who are struggling, so we’re very glad to have CACT as part of our network of support services.

“It means CACT’s clients will find it easier to access other Live Well Kent support – for more general health issues, housing or employment – when they feel ready to do so.”

CACT runs a number of mental health programmes in addition to EIP, which it also delivers in South East London in partnership with Oxleas NHS Foundation Trust.

These include Up & At ‘Em, an award-winning mental health project run in partnership with Oxleas for over 65s with a mental health diagnosis.

Click here to watch clips of George and Mahala’s discussion.