Footballers in the borough battle for the Greenwich Invitational 2017 Finals 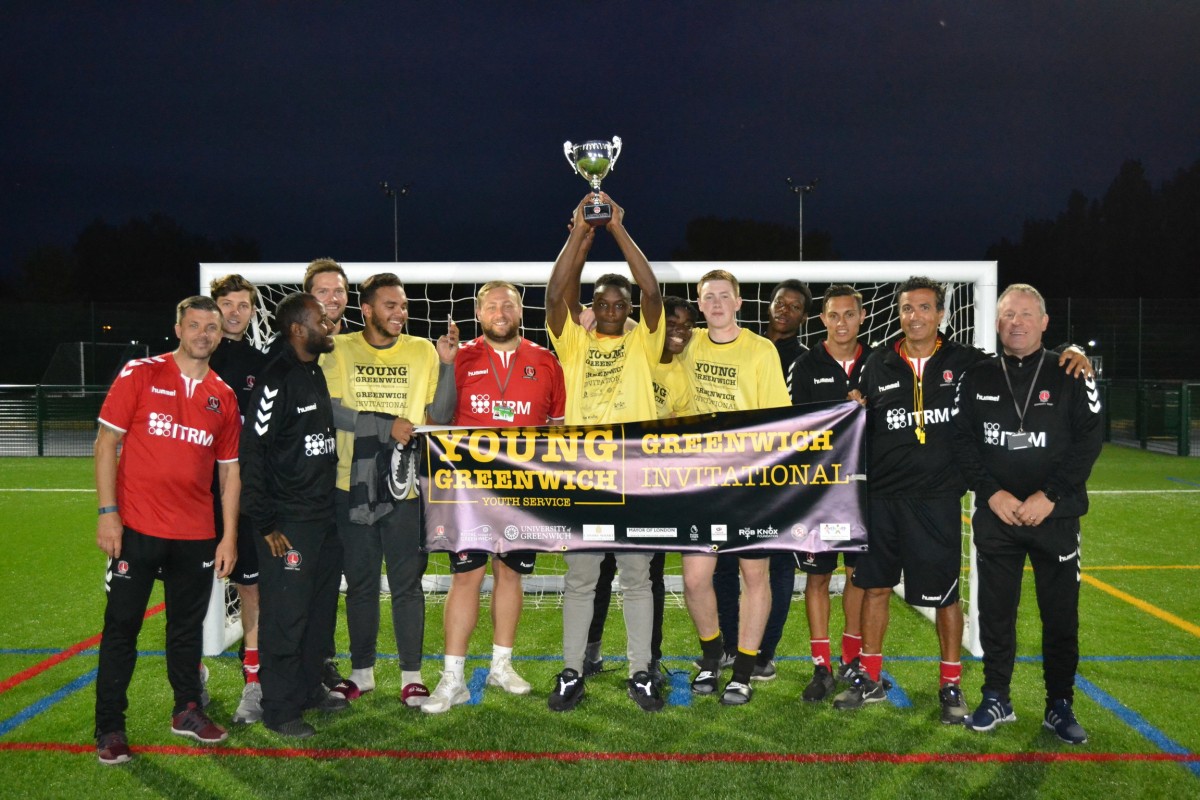 Young Greenwich is the name for youth services in the Royal Borough of Greenwich. Marking the 10th year of the Greenwich Invitational football tournament, Young Greenwich hosted over 300 young people across the borough throughout the summer and eight teams made it to the finals on Friday 1st September 2017.

After four weeks of group matches, which took place at Sporting Club Thamesmead and Samuel Montagu Youth Club, the last eight teams competed in the finals on the new 4G astro turf at the University of Greenwich’s Avery Hill Campus for the winners trophy and prizes including PlayStation4’s, Bluewater, JD Sports & Nandos vouchers.

There were some exciting matches including a penalty shoot-out victory for the eventual winners Team Drillage in the semi-finals, Team Drillage then faced Team Screaming, winning 2-0 in the final tie. The other teams who took part in the finals were Jokeman, TTFC, Team Roasting, Erith FC, Goons & Fifteen FC.

“It has been unbelievable! We have been delivering the Greenwich Invitational for 10 years with fantastic sponsors supporting us. It is so good to see young people engage with each other on this exciting project and to be given advice on career and training opportunities as well as raising their awareness around knife and weapon crime which is so topical at present”

CACT delivered the project through Young Greenwich and in partnership with great sponsors including Royal Borough of Greenwich, Canary Wharf Contractors, Premier League Kicks and MOPAC. Another one of the sponsors was the University of Greenwich who opened the games with a presentation to the young people about education and career opportunities.