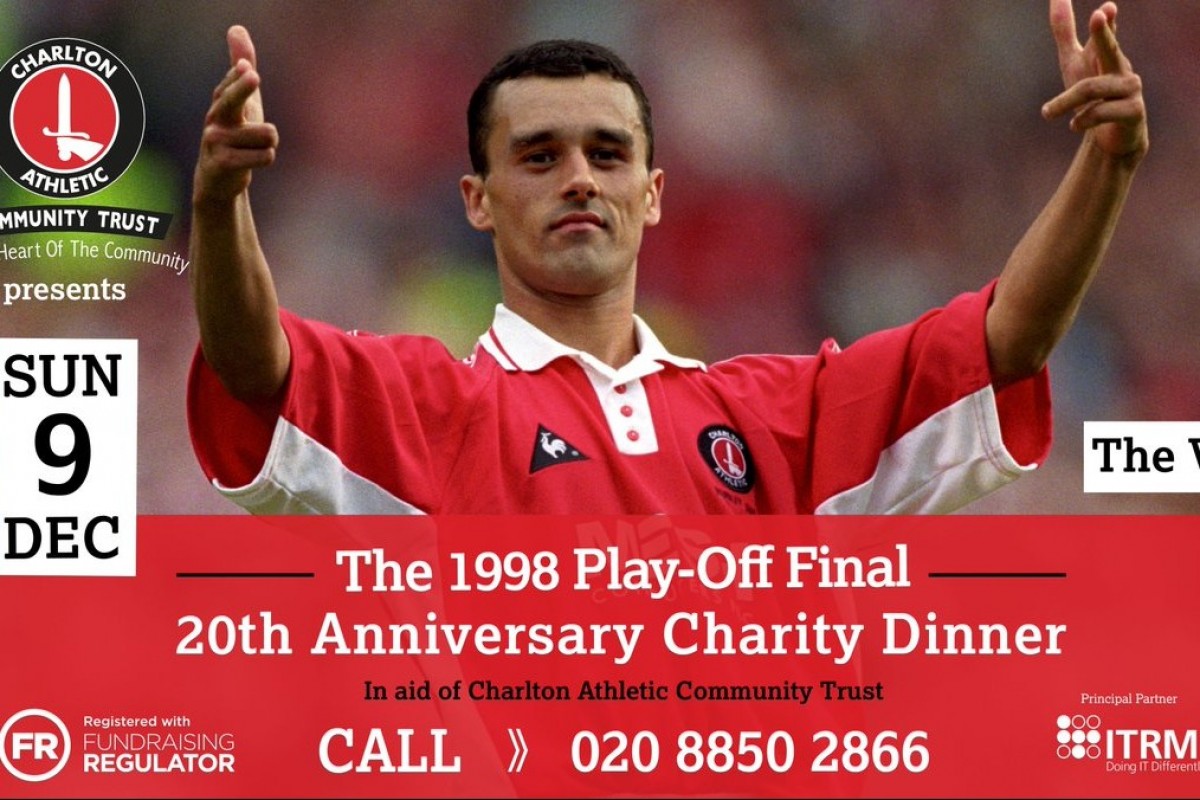 The 1998 Play-Off Final at Wembley, when Charlton won promotion to the Premier League for the first time after beating Sunderland on penalties, is one of the most iconic moments in the Club's history and the game itself is widely acknowledged as being one of the most memorable matches ever played at the famous old Stadium.

To commemorate the 20th Anniversary of that incredible day in May 1998, Charlton Athletic Community Trust (CACT) is organising a Gala Dinner at The Valley on Sunday 9th December - with all proceeds going to support the important work of CACT in the community - and ITRM are delighted to announce that they are sponsoring the event.

ITRM value their strong association with CACT and with the club and, as Managing Director Dave White explains, they are always pleased to support initiatives like this from CACT:

''Jason Morgan, the CEO of CACT approached us about sponsoring the Dinner to celebrate the 20th Anniversary of the 1998 Play-Off final and what an amazing game that was. As we have such a close relationship and affinity with the Community Trust and the football club as well, there was no real decision to make''.

Dave continued, ''We are the Principal Partners for CACT and any way we can help them to raise funds for the good that they do in the Community is an absolute pleasure. So without hesitation we agreed to sponsor this event, and what a wonderful evening it will be, I can't wait!"

To book tickets for the 1998 Play-Off Final, 20th Anniversary Charity Dinner, in aid of the Charlton Athletic Community Trust, call 0208 850 2866 or email: fundraising@cact.org.uk