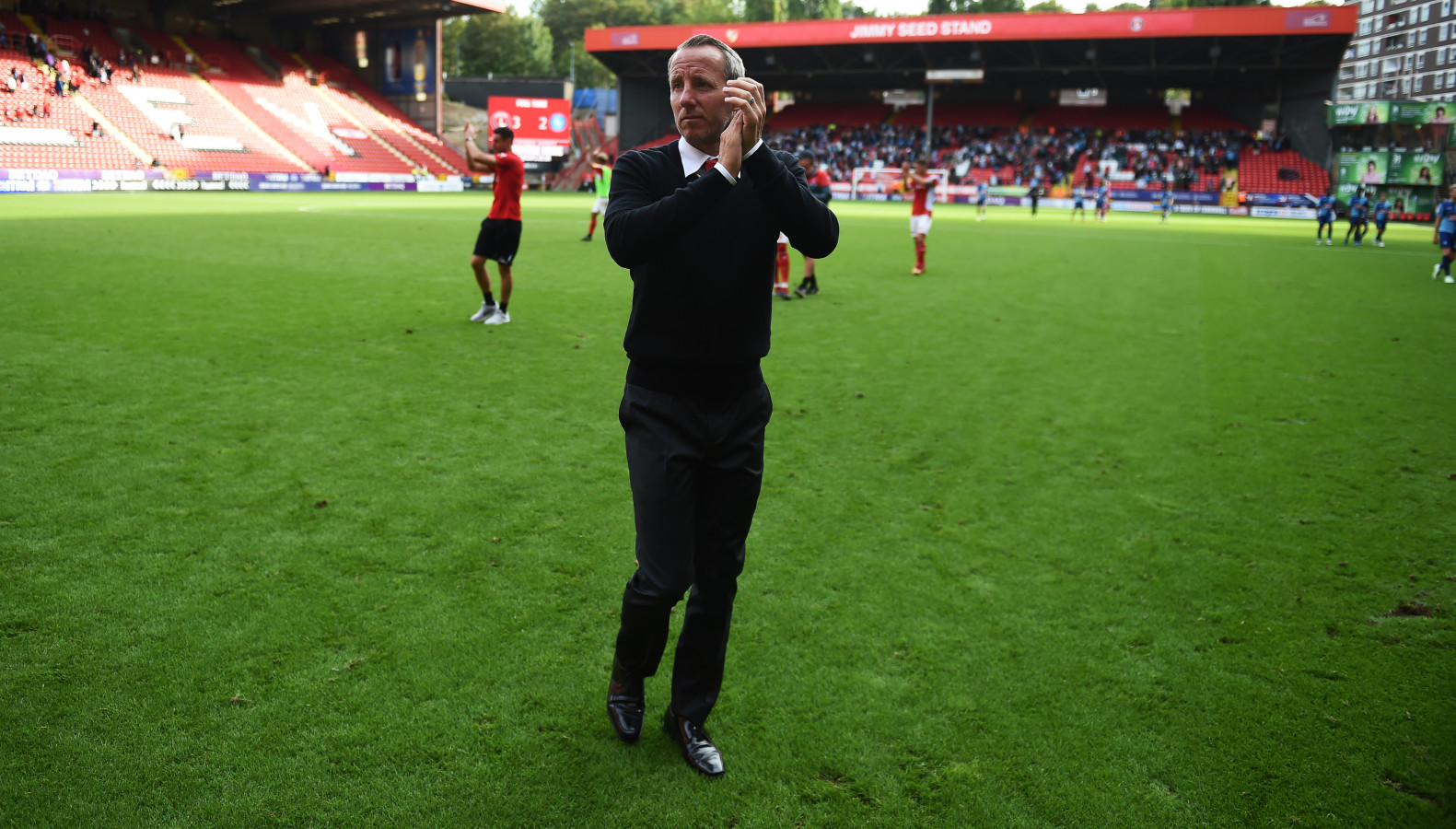 Charlton boss Lee Bowyer is expecting his side to use home advantage in tomorrow’s FA Cup first round replay against Mansfield Town.

The two sides drew 1-1 last Sunday in an open game that could have finished with a lot more goals and Bowyer believes playing at The Valley can give his side the edge.

He said: “It was a good test for the lads that played that Sunday. They are a decent side. I thought they did well, but being at home I’ll be looking for us to go and win the game.

Billy Clarke returned to action in that game after 11 months on the sidelines. Since then the Irishman got a starting role in last week’s Checkatrade Trophy match against Swansea U23s and Bowyer revealed he is in the lineup again for tomorrow’s game.

He explained: “Tomorrow’ I’m going to start him again. We’re trying to get as many minutes into him now, now he’s ready to be playing games. Trying to get him up to speed because he could be valuable later on in the season for us.”

The first match-up also saw Toby Stevenson start just his second game for the club and the 18-year-old left back scored the equaliser that day, his fourth Charlton goal. Bowyer said the recent cup games are an important time for his young Addicks: “Look at Toby, there might be times where we might need the youngsters, so it is good experience for them to play men’s football. It’s good, the experience is important. If we can get minutes into them and see where they are then we can get an idea where they are in their own careers at the moment.”