Join us on International Women’s Day for an important virtual panel discussion! 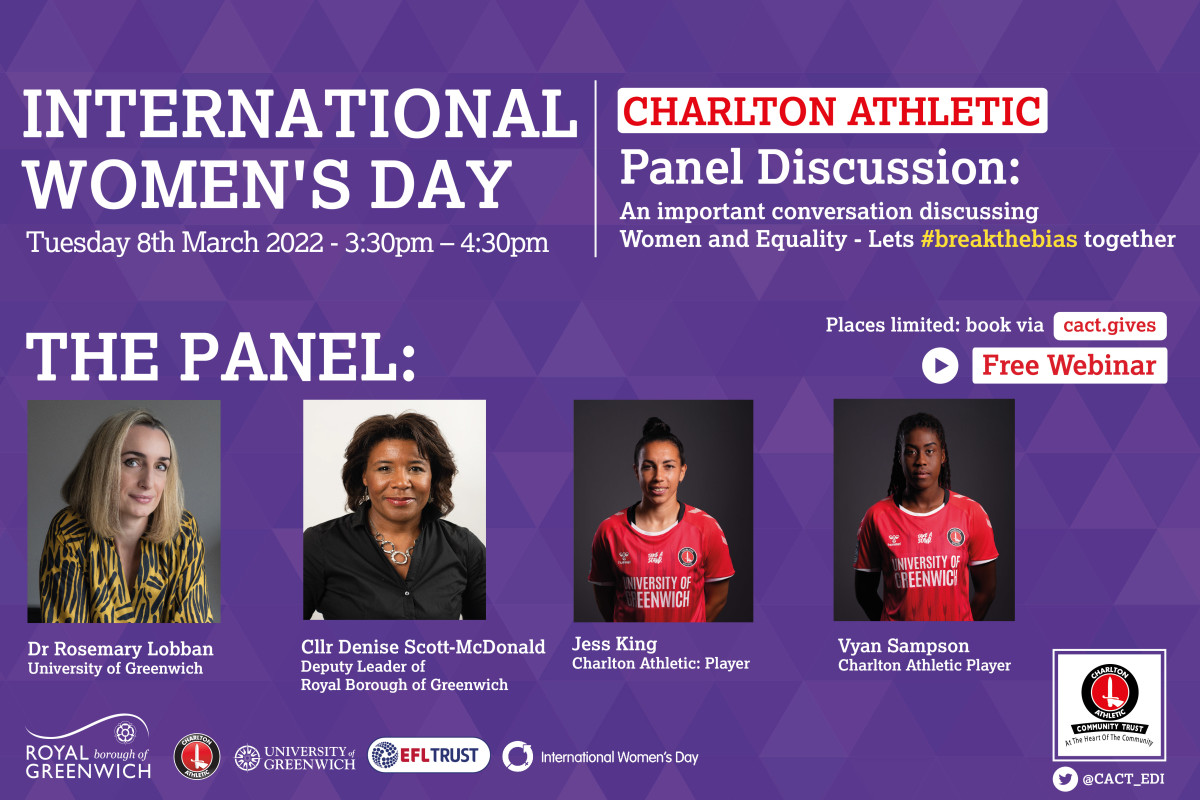 Charlton Athletic Community Trust (CACT) will be hosting a virtual panel event on International Women’s Day titled: An important conversation discussing Women and Equality: Let’s #breakthebias together. In partnership with Royal Borough of Greenwich and English Football League (EFL), the panel event will be held via Zoom and take place at 3.30pm on Tuesday 8 March.

"I am very excited to share the panel with other strong women while we talk about what makes women great and why it’s important to discuss equality."

"I am excited to talk to a group of inspiring women as I believe that it’s important to be able to listen to and encourage one another."

“As Charlton's PFA Equalities Ambassador, I am proud to endorse the virtual panel event taking place in celebration of International Women’s Day. The panel will address important topics and help to educate attendees on the equality of women through a diverse panel of speakers.”

“We are really excited to be hosting this important discussion as part of International Women’s Day and with such an impressive panel, I’m really looking forward to it!”

CACT is also celebrating International Women’s Day by hosting an U11s Premier League Primary Stars tournament with participants being offered tickets to the dedicated Women’s Day match taking place on Saturday 5 March, which will also feature a pre-match Charlton Athletic Women player appearance. A group of participants from the Eighth Wonder programme will also be in attendance.