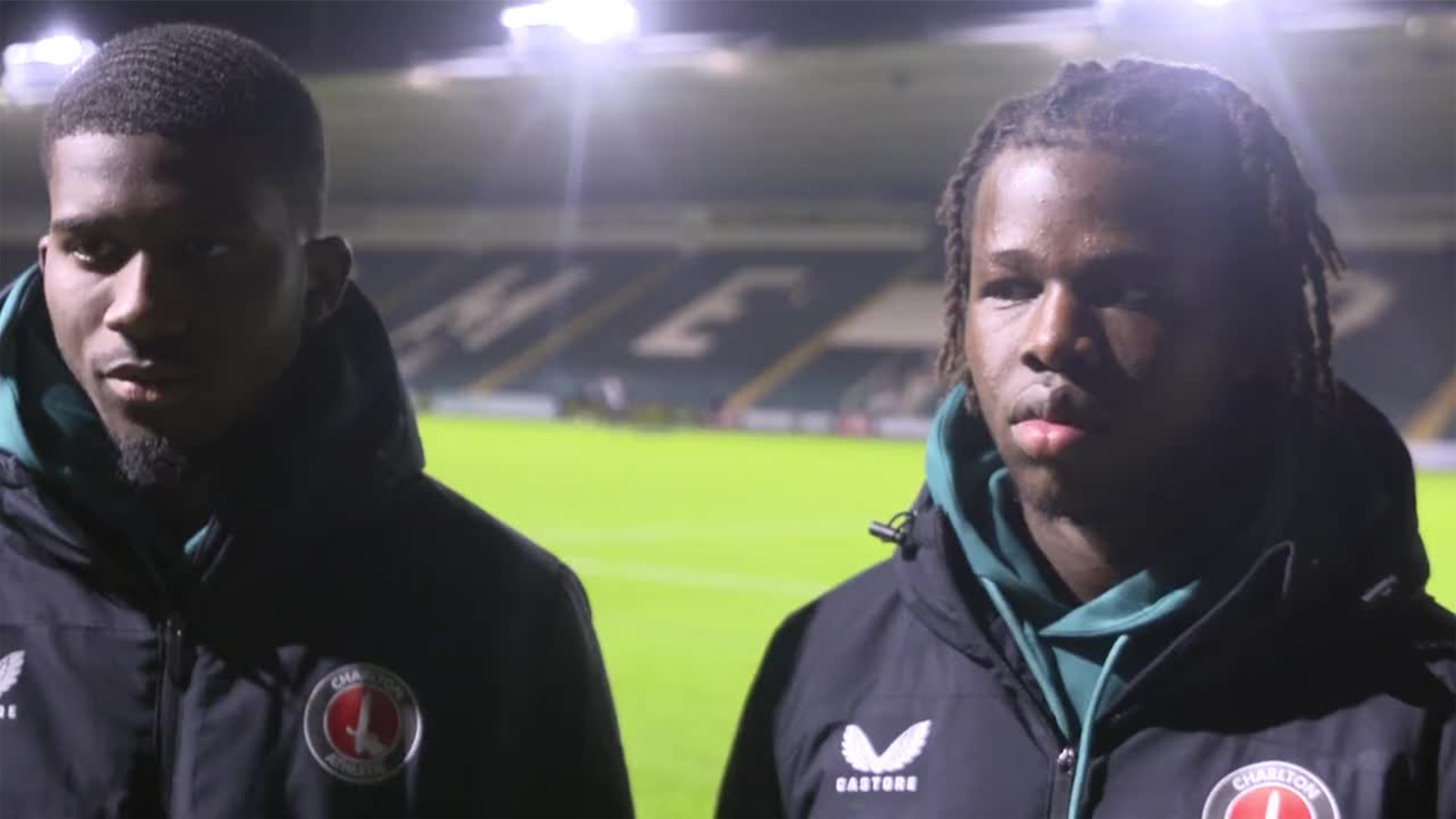 Despite the nature of the result, it was a proud night for academy graduates Dan Kanu and Karoy Anderson on Tuesday.

The duo both bagged their maiden senior goals as a youthful Charlton side exited the Papa John's Trophy following a 3-2 reverse at Plymouth Argyle.

Speaking to CharltonTV post-match, Kanu said: "I'm so, so pleased! I’ve been working so hard for the entirety of this season to try and get that first goal, so now I’ve got that first goal, I know I can push on from here.

“I’ve been unlucky in recent weeks to not get a goal as I’ve been getting in the right areas, and that’s the most important thing (for me) - to get in the right areas and to do my damage. I believe in myself, and the team around me believe in me as well, that I’ll finish, and I was happy that I was able to deliver for my team."

Kanu has featured in each of Charlton's four Papa John's Trophy games this term and the forward has relished the experience.

“It’s a great experience to play against professionals and play against players that play in the top leagues. I’ve learnt so so much about myself, how I can impose my style on the game and how I can be effective.

“I know it's very frustrating to lose the game and be out of the competition, but there’s plenty of positives to take from the game, especially for us, as younger players."

Meanwhile, 18-year-old Anderson, who has been with the club since the age of eight, drilled home in injury time to mark his debut with a goal.

“It’s unbelievable," beamed the midfielder. "I couldn’t really believe it! I was just focused on trying to contribute to the game after I got subbed on. I just can’t put it into words how I’m feeling right now. Unfortunately we couldn’t get the win with it, but personally it’s been a good day.

“Just being around it, even in training sometimes, and the times that I was on the bench but didn’t come on, it was just a good environment to be around.

“I’ve been at the club for 10 years, and it’s something I’ve always wanted to do - to play in the first team. Being in this environment and getting these opportunities just makes me want more.

“Seeing players that I’ve played with like Dan [Kanu] and Aaron [Henry] progress instills hope in me and it makes me feel like I have a chance."

The Addicks return to The Valley on Saturday to take on Stockport County in the Emirates FA Cup second round. Click here to get your tickets.