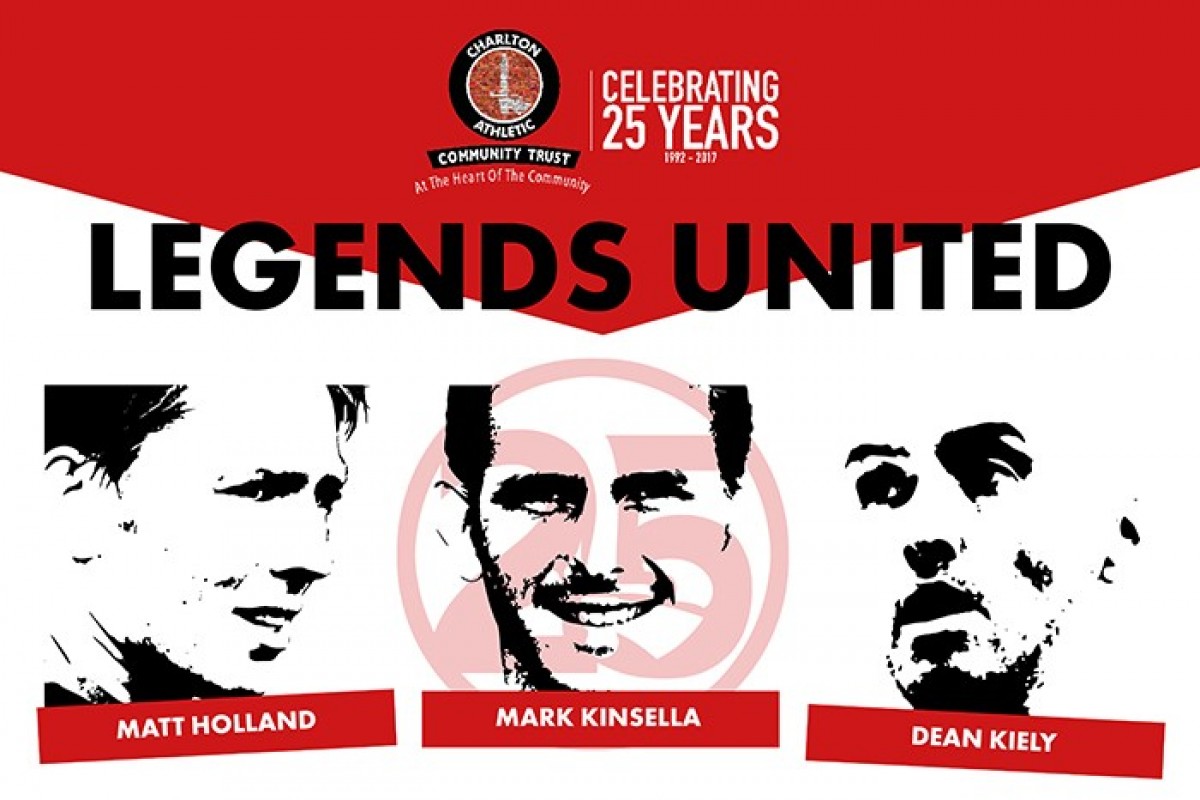 Mark Kinsella successfully captained Charlton to promotions twice in 1998 and 2000. He made over 200 appearances for Charlton and was twice named player of the year by the Club.

Dean Kiely, also a CAFC player of the year, played alongside Kinsella as goalkeeper in the hugely successful team that was promoted to the Premier League in 2000.

All proceeds go to CACT to support its work at the heart of the community.

Tickets are priced at £10 for adults and £2 for Under 11s and are available by clicking here.