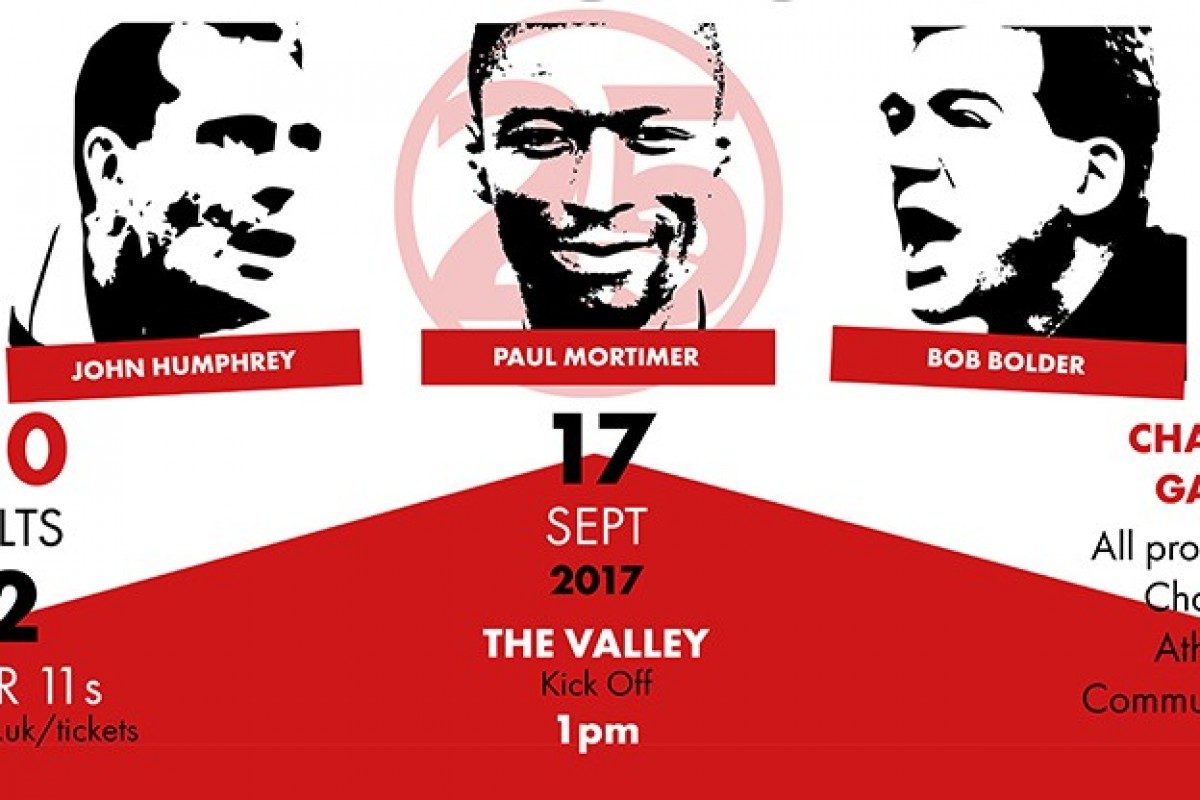 Five more Charlton legends, including several who were in the Back to The Valley squad, have confirmed they will be at The Valley on Sunday 17 September for the Legends United game.

The 25th Anniversary Committee are organising the event to celebrate the Club’s return to The Valley and the start of the community scheme that grew into Charlton Athletic Community Trust (CACT).

Mickey Bennett was with Charlton for two separate periods in the late 80s and early 90s. Mickey now works for the Professional Footballers' Association as Head of Player Welfare.

Three-time player of the year, John Humphrey, appeared for Charlton 267 times in the 80s and then returned from Crystal Palace for one season in 1995-6.

Former Charlton Athletic women’s head coach Paul Mortimer will also be playing. Mortimer is now Professional Players Engagement Manager for Kick It Out, the body that leads on equality and inclusion in football.

John Bumstead, still a regular at The Valley, was another member of the squad when the Club moved back there 25 years ago.

Keith Peacock, Charlton legend and one of the managers for the Legends United game, commented on the players announced so far today:

“This is a group of real characters who were a major force not only on the field but also in the dressing room. John Humphrey and the irrepressible Bob Bolder are still keeping fans in good spirits with their presence on match days at The Valley”.

It’s shaping up to be a really exciting day, and all proceeds of tickets go to Charlton Athletic Community Trust, so book your tickets now by clicking here.