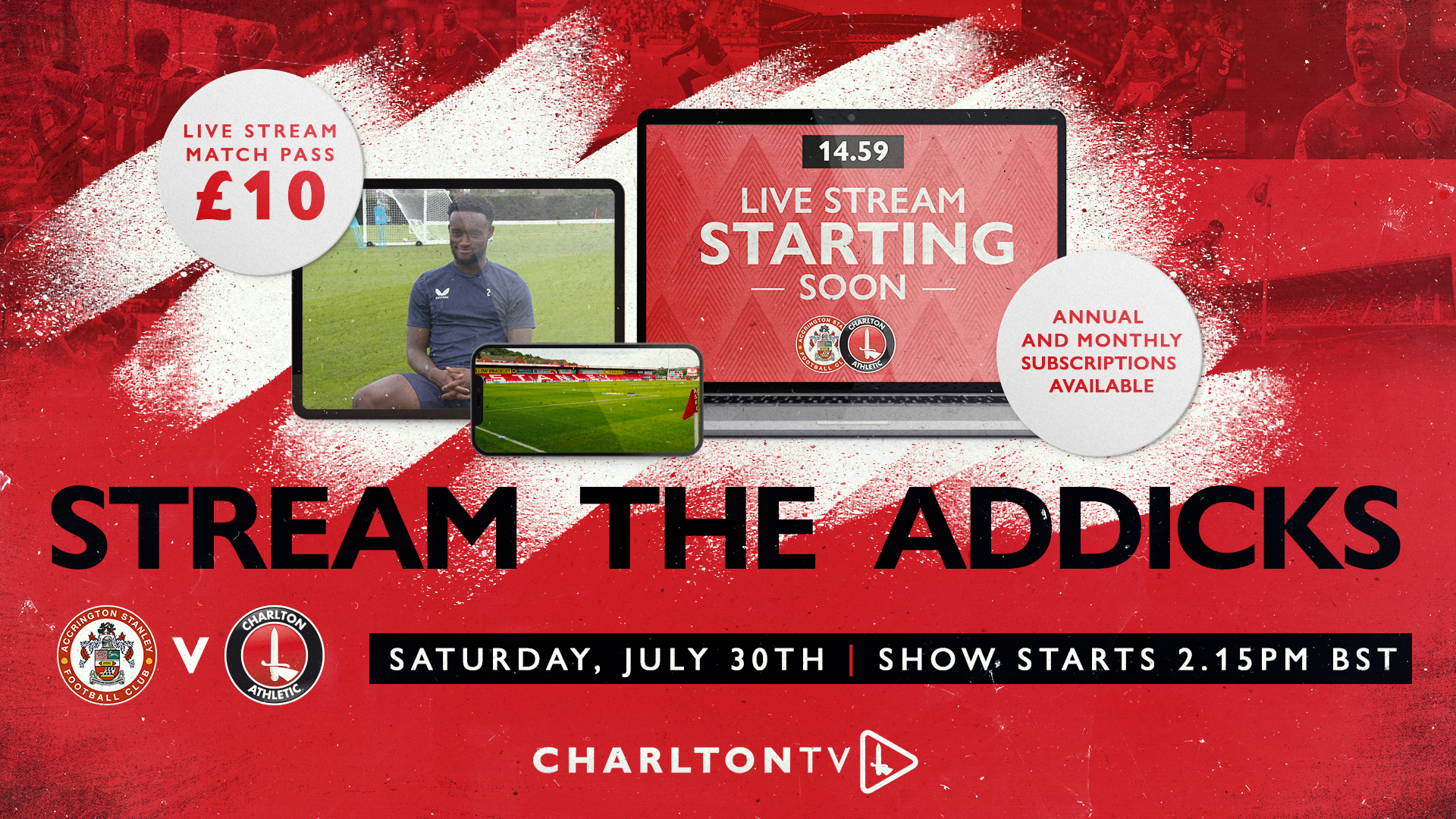 Fans outside of the UK and Ireland will be able to watch every kick of the Addicks’ season-opener against Accrington Stanley live on Saturday, as CharltonTV – the club’s ever popular live streaming service – returns in its full capacity at the weekend.

With the competitive Ben Garner era set to get under way, Scott Minto, Alan Curbishley and Steve Brown will be in the CharltonTV studio, presented by DNEL Ltd, to digest all of the action.

Minto, Curbs and Browny will go live on air at 2.15pm BST – 45 minutes before kick-off – with fans being treated to a host of features, debate and exclusive interviews before the big kick-off at 3pm.

Overseas supporters can enjoy all this, plus the game itself, half time and full-time analysis by purchasing a live streaming match pass for just £10. 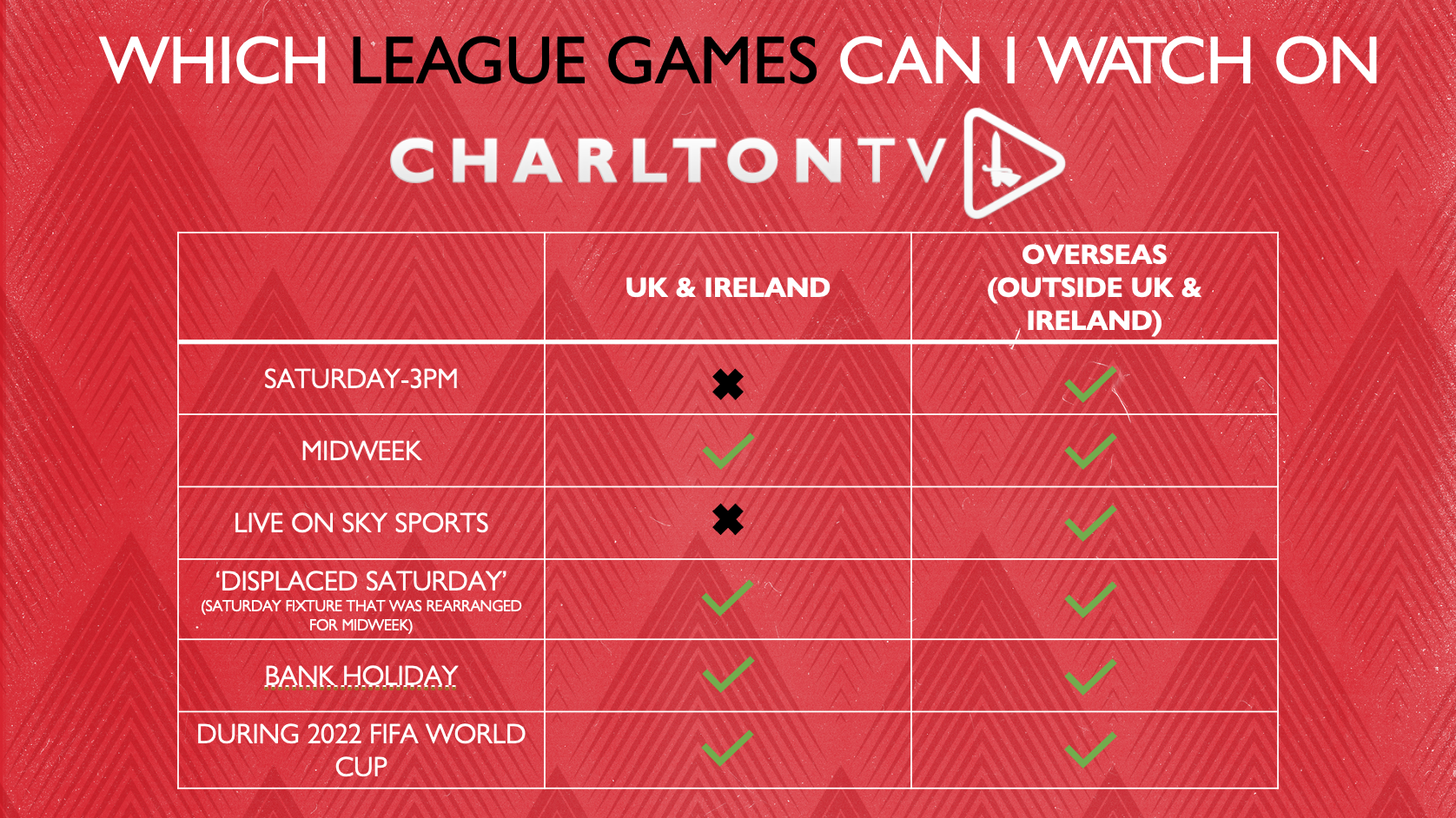 Alternatively, overseas supporters can set themselves up to watch every game this season by purchasing a CharltonTV LIVE subscription for just £220 per annum or £35 per month recurring.

These subscriptions will grant supporters access to live stream EVERY league game during the 2022/23 season. The cost of the annual subscription breaks down to less than £5 per game.

Click here to purchase your CharltonTV LIVE subscription as an overseas supporter. 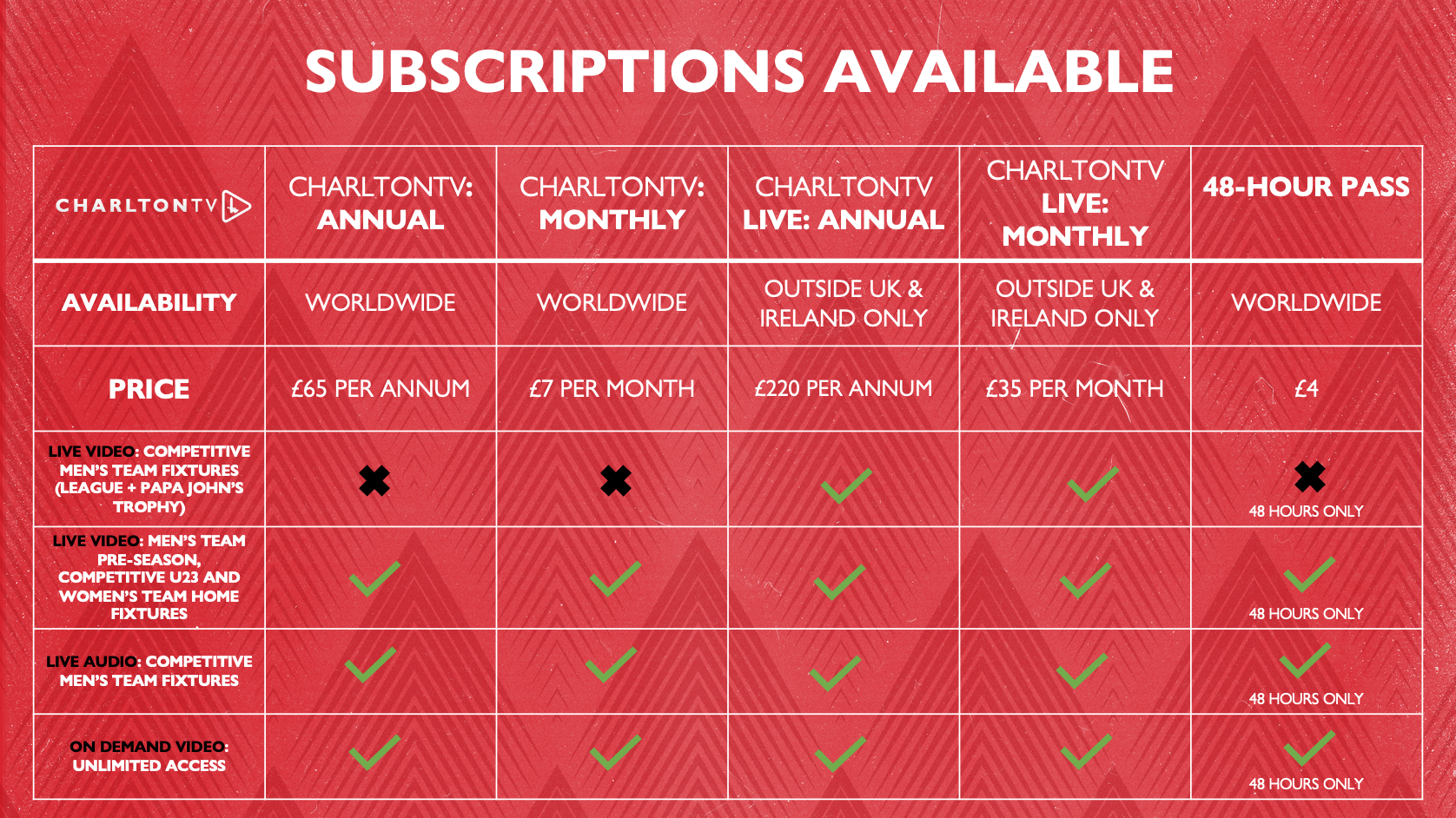 Meanwhile, fans in the UK or Ireland are not permitted to live stream Saturday’s game against Accrington Stanley due to EFL broadcast rules. They can, however, listen to live audio commentary of the game on CharltonTV.

Annual and monthly CharltonTV subscriptions are priced at £65 per year and £7 per month recurring and they grant fans access to live audio commentary of every competitive first-team match. Subscribers can also live stream a host of matches as part of their subscriptions but this does NOT include the live streaming of competitive men’s first-team games.

Fans all over the world will also be able to watch the build-up to Saturday’s game against Accrington live on the club’s YouTube and Twitter channels.