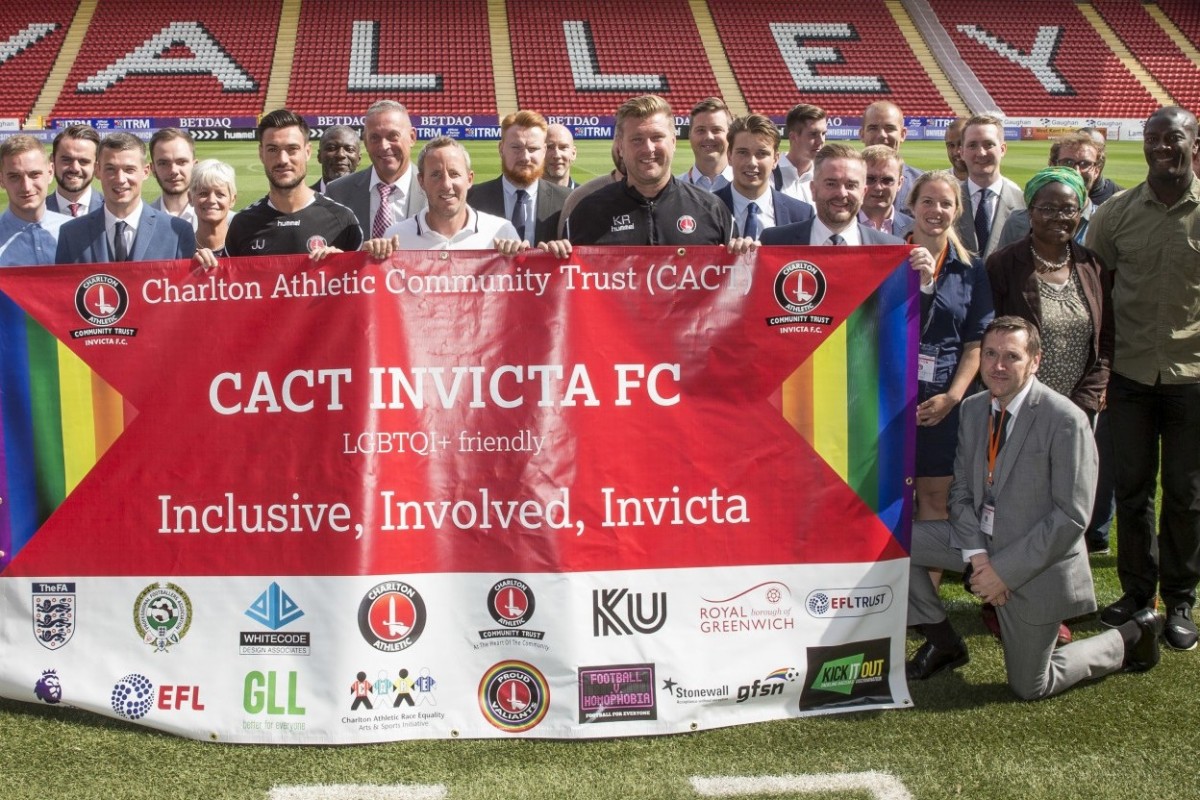 Charlton Athletic Community Trust (CACT), Proud Valiants and CACT Invicta FC (CIFC) have joined forces to promote Charlton’s Football v Homophobia match against Oxford United on Saturday 3 February. An invite to the game at The Valley has also been extended to and accepted by the Oxford LGBTQI+ Supporters’ Group.

Saturday will be the second Charlton game devoted to the campaign, which is a month of action celebrated by football clubs at all levels. It aims to eradicate homophobia from football, challenging all discrimination based on sexual orientation, gender identity and expression.

CIFC is also dedicating one of its own games to Football v Homophobia, the London Unity League clash with London Falcons at Sparrows Lane on Sunday 11 February.

"It is important for us to recognise and support the Football v Homophobia campaign once again on Saturday. We’re proud to have CACT Invicta FC associated with CACT and proud of the work with Proud Valiants and the club on initiatives like this which aim to tackle homophobia in sport.

“We’re also grateful for the club’s support of events such as the recent series of Primary Matters seminars which Charlton players have helped CACT staff deliver to hundreds of local schoolchildren, raising awareness about various equality and diversity issues.”

In 2013, CACT became the first football community trust to establish a dedicated equality and diversity strand. It uses multisports, arts and education-based programmes to build links within and between communities.

Supporting initiatives which promote LGBTQI+ inclusion in sport is an important part of CACT’s equality and diversity work.