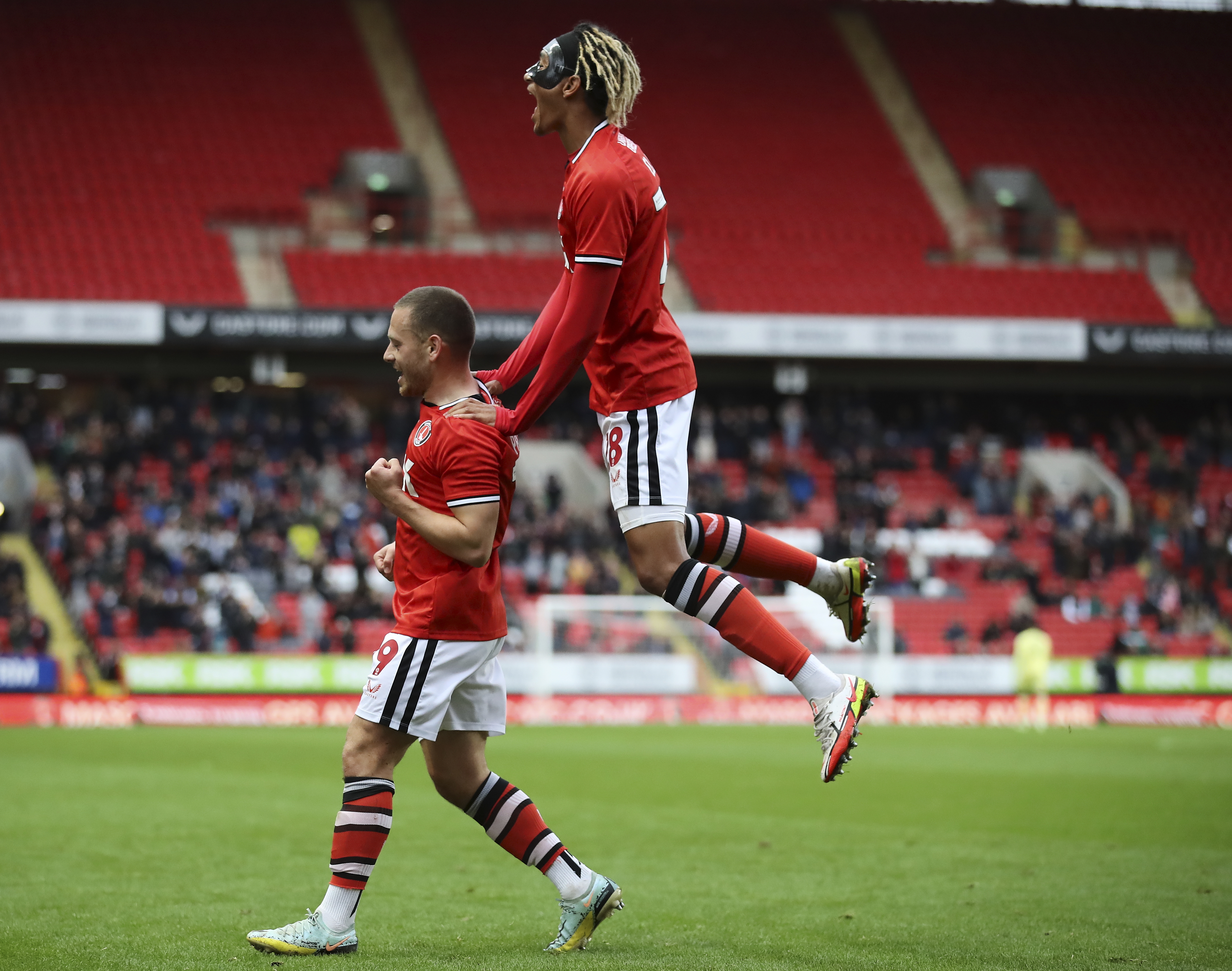 Jack Payne scored twice and registered an assist as the Addicks beat seventh tier side Coalville Town 4-1 at The Valley to secure a place in the second round of the Emirates FA Cup.

The visitors put on a good showing but Payne’s double, a header from Jayden Stockley - assisted by Payne - and a late strike from substitute Chuks Aneke were enough to see Charlton through.

Ben Garner fielded a side full of first team experience, lining up in a 4-4-2 formation with Albie Morgan playing closest to skipper Stockley up front.

Charlton were forced into an early change with Terell Thomas limping off to be replaced by 17-year-old Zach Mitchell in the 18th minute, days after the centre-half made his senior debut in the Addicks' 2-1 win in the Papa John’s Trophy.

As expected, Charlton dominated much of the opening exchanges. Stockley’s eighth-minute shot forced Coalville goalkeeper Paul White to palm wide and, after a lovely passing move, Tyreece Campbell’s poked shot at the back post was acrobatically kept out by White.

The Addicks took a 24th-minute lead with Payne scoring his second goal of the week. It came from some nice build-up down the left involving Morgan and Steven Sessegnon, with the ball eventually falling to the threatening Campbell. The winger cut on to his stronger right foot and crossed with Payne able to get in front of his defender and flick home his second headed goal of the season.

Charlton continued to push forward with Stockley hitting the crossbar, while Coalville’s best chance of the opening half came 10 minutes after Charlton’s opener when Ashley Chambers’ volley at the back post went just wide of Joe Wollacott’s goal.

The Addicks doubled their lead in first-half stoppage time when Payne’s pinpoint corner was headed home by Stockley inside the visitors' six-yard box.

Coalville pulled a goal back when Chambers got in between Charlton’s two centre halves to retrieve a short header back towards goal, before chipping over Wollacott to the delight of the 1,670 travelling supporters.

The visitors battled bravely and Chambers did have one more chance, dragging wide but it was still the Addicks creating more chances as the second half wore on. Campbell’s volley was gathered by White and Lavelle headed wide from a corner before Sessegnon’s shot was blocked behind for a corner.

The Addicks sealed the game nine minutes from time as Sessegnon’s cross from the left found the feet of Payne. The midfielder controlled perfectly and swivelled, firing across the goalkeeper and low into the bottom corner.

Sessegnon also set up Charlton’s fourth, this time finding Aneke in the penalty area with the striker turning and finding the bottom corner of the goal in the last minute of the game.

Charlton will find out their second round opponents in Monday evening's draw.