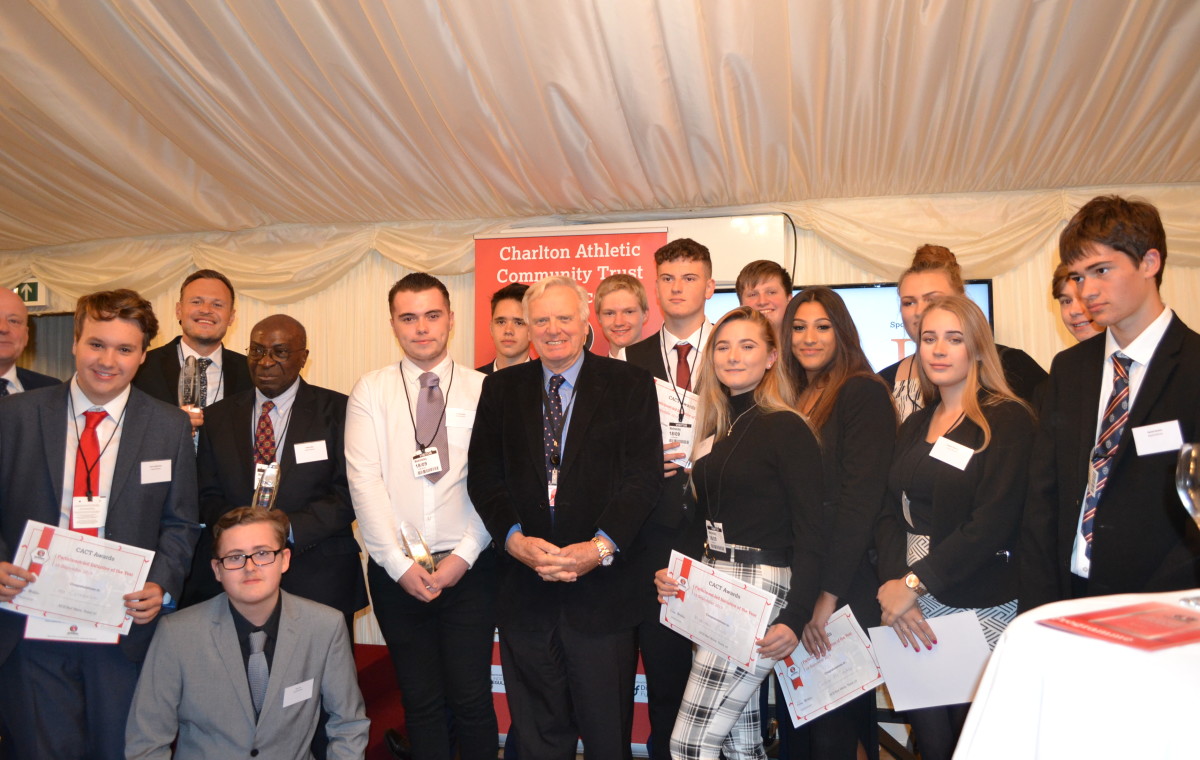 On Wednesday 18 September, the House of Lords played host as Charlton Athletic Community Trust (CACT) organised an inaugural event to celebrate the achievements of its staff, partners and participants this year.

The CACT Awards, which was sponsored by Regular Cleaning, were hosted by Lord Grace CBE of Yarmouth, CACT’s Vice President and a former Chairman of the BBC and Executive Chairman of ITV.

CACT also unveiled its brand new Annual Report at the event, which showed that it worked with 43,500 people in the past year, investing more than £5 million in the community over that period.

George Hogg, 17, won the Participant of the Year (under 18) category, after engaging with CACT’s Thanet Mentoring programme, after previously suffering with drug misuse.

“I lost my wife last year; meeting all these people, it’s really great. I really enjoy myself and I can’t wait for the week: Monday to go to the men’s club, Tuesday to go and play football and Wednesday to go to the Extra Time Hub [for over 55s].”

The Sir Maurice Hatter Outstanding Contribution to the Community award went to Gavin Coates, a key Charlton Upbeats coach. Gavin has coached the Down’s syndrome team to nine national titles in nine years and been instrumental in their progression.

"Gavin's passion and commitment to the Charlton Upbeats has been superb and he has always gone above and beyond to ensure both participants and parents are happy."

Team 10, a group of 14 young people taking part in the National Citizen Service (NCS) programme with CACT, were awarded the Participant-led Initiative of the Year accolade. The team promoted positive mental health within their community by painting a mural on a bridge, offering words of encouragement to those in need.

Regular Cleaning’s Gemma Bowers presented youth service partner Greenwich Youth for Christ (GYFC) with the Partner of the Year award. GYFC has worked with Young Greenwich since 2012, and helped increase the youth service’s engagement figures for females from 28% to 52%.