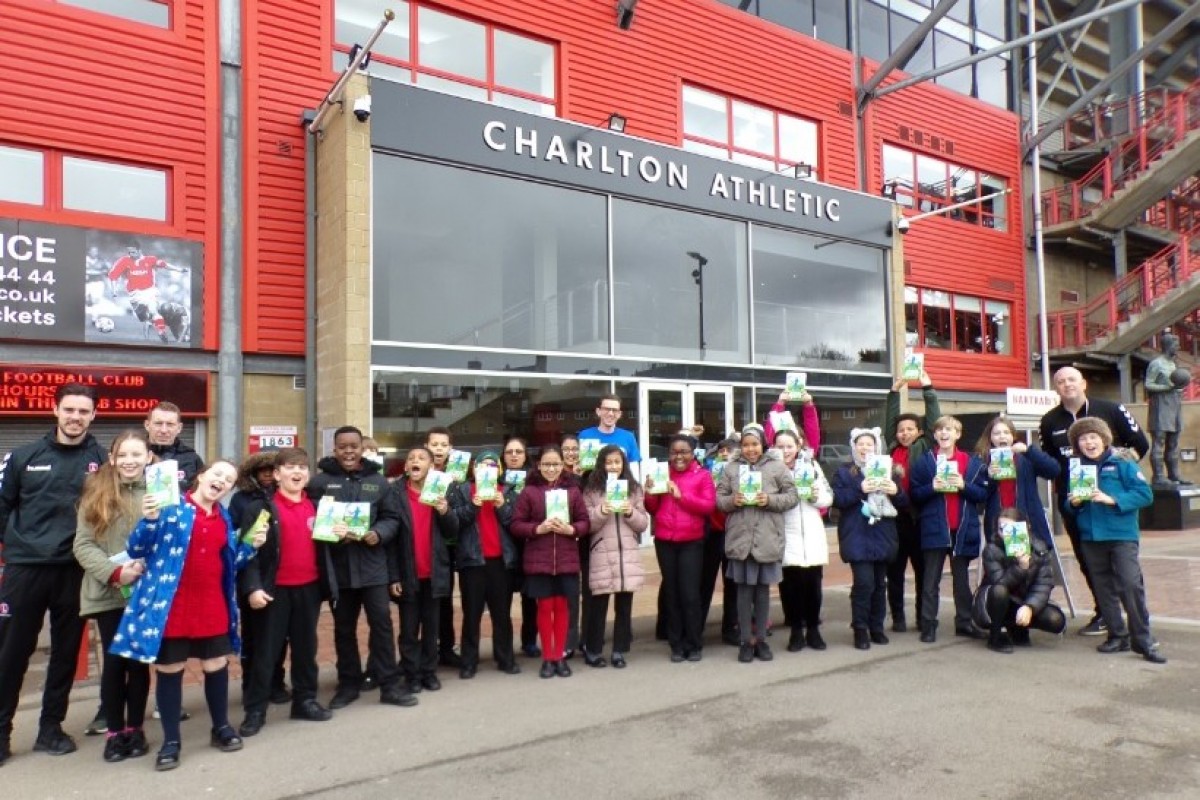 On Thursday 29 March, a class of Year 6 students from Thorntree Primary School in Charlton attended an emotional resilience workshop at The Valley delivered by Charlton Athletic fan Sam de Lange, who is Striker Boy’s Campaign Manager.

Written by Jonny Zucker, who tragically took his own life last year, Striker Boy is a football thriller which sees a 13-year-old try to save his club from relegation.

Jonny’s family have used a new edition of the book to raise money to help others with mental health issues, and the Striker Boy campaign comprises interactive workshops like Thursday’s, which spread key messages to young people such as how many people get mental illness and why it’s important to tell someone.

All pupils were given free copies of Striker Boy to take away with them.

Pupils were split into two groups, taking turns to do the workshop and enjoy a stadium tour of The Valley led by staff from Charlton Athletic Community Trust’s (CACT) Early Help and Prevention and Football and Sports Development teams.

"Football clubs are in a unique position to be able to engage with people on many important issues, including mental health. I have worked with many clubs using the Striker Boy book and its resources to build emotional resilience in young people.

"It has been particularly pleasing to have delivered the initiative to some schoolchildren at The Valley in partnership with the club I have always supported”.