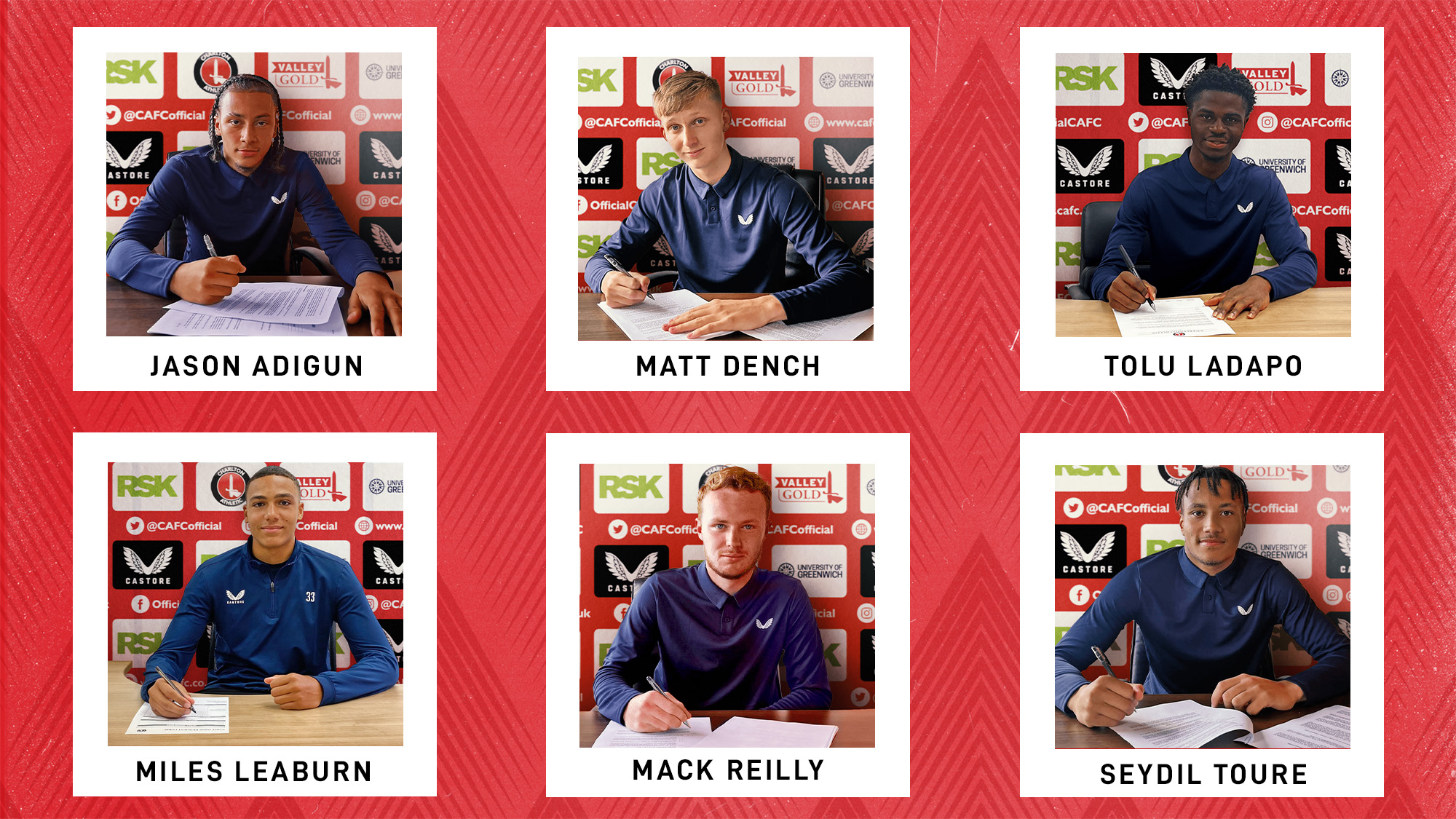 Charlton Athletic are delighted to announce that six academy scholars have signed their first professional contracts with the club.

Forward Leaburn has put pen-to-paper a three-year deal with the club, while midfielder Adigun has signed a two-year deal. Toure, Dench, Ladapo and Reilly have all penned one-year deals.

The teenagers all starred in Hamza Serrar’s title-winning side as the young Addicks claimed the Professional Development League 2 - South title in record time, finishing 14 points clear of second-place Colchester United.

Academy Director Steve Avory said: “We feel that this was a talented group last season. We’ve taken on eight of them as professionals. Now that’s quite a large number, but such is the confidence that we have in these individuals being able to make the next step towards the Charlton first team. We now look forward to seeing where they go in the next leg of their development journey which, of course, is going to be at U23 level.

“All of these players are good people and we are proud of the way we develop players here into good people, as well as good footballers.”

Below, we hear from each of the newly-signed professionals:

“Signing my first professional contract with Charlton is a great feeling. At the start of my career not everything was going how I wanted it to go, but this club gave me a pathway.”

“It’s a very proud moment for me as a young player. I've come a long way and it has taken a lot of time to get to this point. This is a very exciting moment for me, but it is only the beginning.”

“I'm very proud to have signed my first professional contract. Hopefully this is the first of many and I will continue my progression. There is a long way to go in terms of where I want to reach in the game and I feel like this is just another step on the journey of where I want to go and achieve.”

“I’ve worked hard and I’m just so happy. My family has been behind me the whole time through all of the ups and downs, all of the injuries and just been there to lift me back up. It’s just a surreal experience.”

“I’m really happy. It’s a moment I've been working towards since I was a young lad, so to finally sign a professional contract with this club is a dream come true.”

“To be at this stage where I have signed a professional contract, I feel delighted. I'm very humbled to be given the opportunity and the belief from the coaches. I'm hoping that this is just the start.”