Leaburn: "It means the world to me" 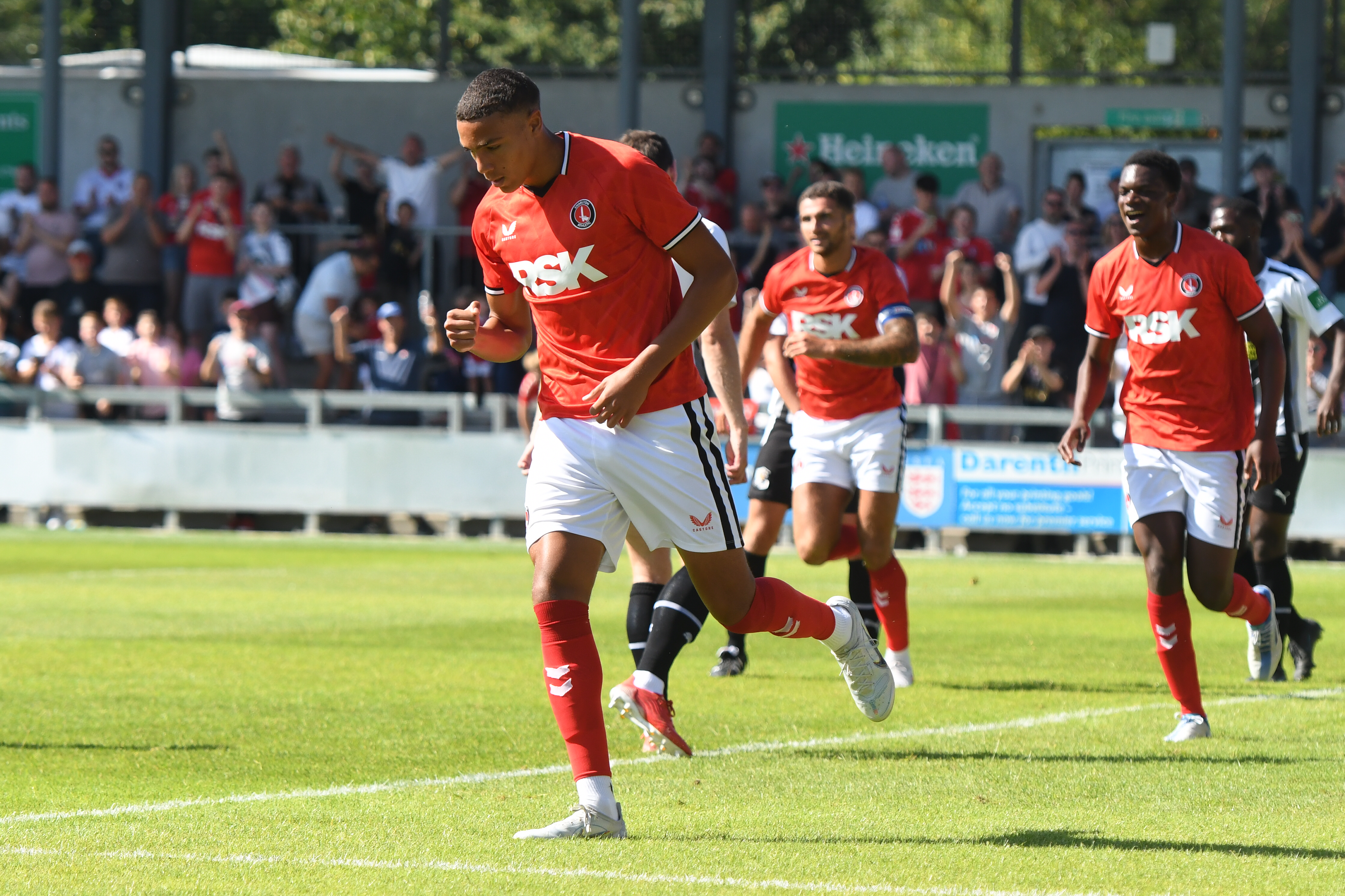 Miles Leaburn was left speechless after bagging a brace in Saturday's 6-1 victory against Dartford.

The forward rounded off a special week by scoring twice in the pre-season friendly at Princes Park, having put pen-to-paper on a three-year deal - his first professional contract - just days earlier.

The 18-year-old, son of former Addicks frontman Carl and the club's Head of First-Team Player Care Tracey, was quick to thank his family for their unwavering support.

“I’ve worked hard and I’m just so happy," he said. "My family has been behind me the whole time through all of the ups and downs, all of the injuries and just been there to lift me back up. It’s just a surreal experience. To be able to share this with my whole family means the world to me."

The famous 'Leaburn' chant was once again sung by the Charlton faithful, some 24 years after his dad left the club having scored 53 goals in 344 appearances.

“He showed me some clips before with the Leaburn chants but when it happened I couldn’t stop myself smiling. It was really warm from the fans. My dad has been there and done it. He’s helped me literally through my whole life with the football. Even my mum is taking a few notes and trying to help me as well. I feel that’s what has really pushed me to be where I am here.

“I could see my mum on the side celebrating. She held it down to not embarrass me too much. After this [game] I’ll probably go with here to celebrate a little bit."

Leaburn was part of the Addicks' 22-man squad that travelled to Spain for a pre-season training camp, culminating in him enjoying his inaugural taste of first-team football.

“I tried my best against Kilmarnock but it wasn’t a position I was really familiar with,” he said. “Throughout the week the Manager and Assistant manager were really helpful and gave me tips where I could be better and different runs – it’s paid off today [Saturday].

“I felt more comfortable with the lads – even if I make a mistake it is all positives and never negatives. That’s really helpful for me.

“I want to try and stay in the team. I don’t expect to be put in there straight away but I’ve got a point to prove, I’m ready to try and prove it.”