Supporters thanked for Back at The Valley anniversary donations 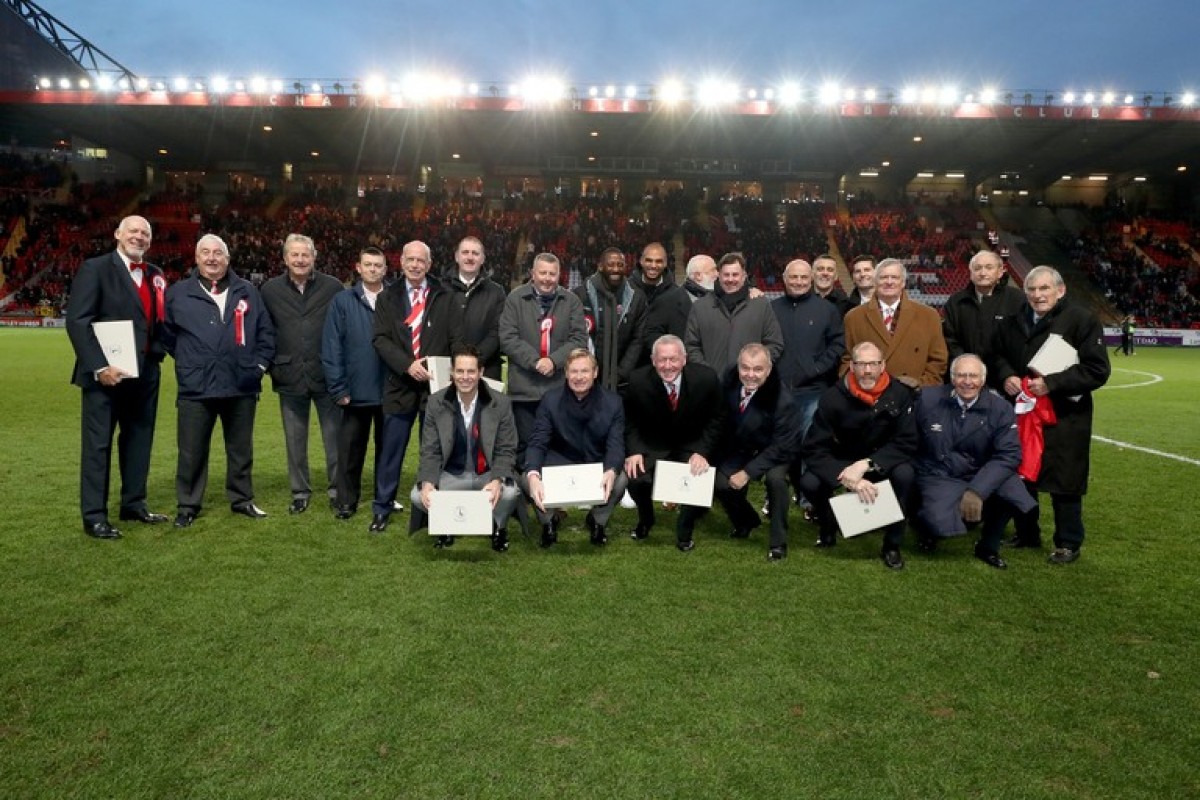 A donation of £32,882 will be made to Charlton Athletic Community Trust (CACT) following the Back at The Valley 25th Anniversary game on Saturday 9 December.

This donation comes from ticket and programme sales at the game, including the donation of all profit from the overflow Portsmouth tickets in the East Stand.

This donation comes alongside the £16,500 raised at the Back at The Valley dinner on Sunday 10 December and brings the total raised through the 25th Anniversary events so far to over £85,000.

“On behalf of the 25th Anniversary Committee I’d like to say a huge thank you to the fans, the club, the legends and everyone else who helped make the Back at The Valley 25th Anniversary weekend possible.

“We hope everyone enjoyed the special events and we’re absolutely delighted to have been able to work with the club to raise so much for CACT.”

“We’d like to thank fans, staff and everyone involved at Charlton Athletic for the part they have played in making 9 December a special day and helping raise so much money for Charlton Athletic Community Trust.”

“Thank you to everyone who contributed to celebrating this really special anniversary weekend. To have raised £50,000 for CACT across the weekend as well as bringing fans together and creating new memories was a brilliant way to end the year.

“All the funds raised through the 25th Anniversary events will go towards CACT’s work at the heart of the community. For example, some of the funds raised from Legends United paid for a Christmas party for groups and service users from across CACT.”

Following Charlton’s anniversary match against Portsmouth, the club and sponsors Regular Cleaning kindly pledged to make a combined £2,000 donation to a CACT project chosen by a vote among supporters, an idea from the Fans’ Forum.