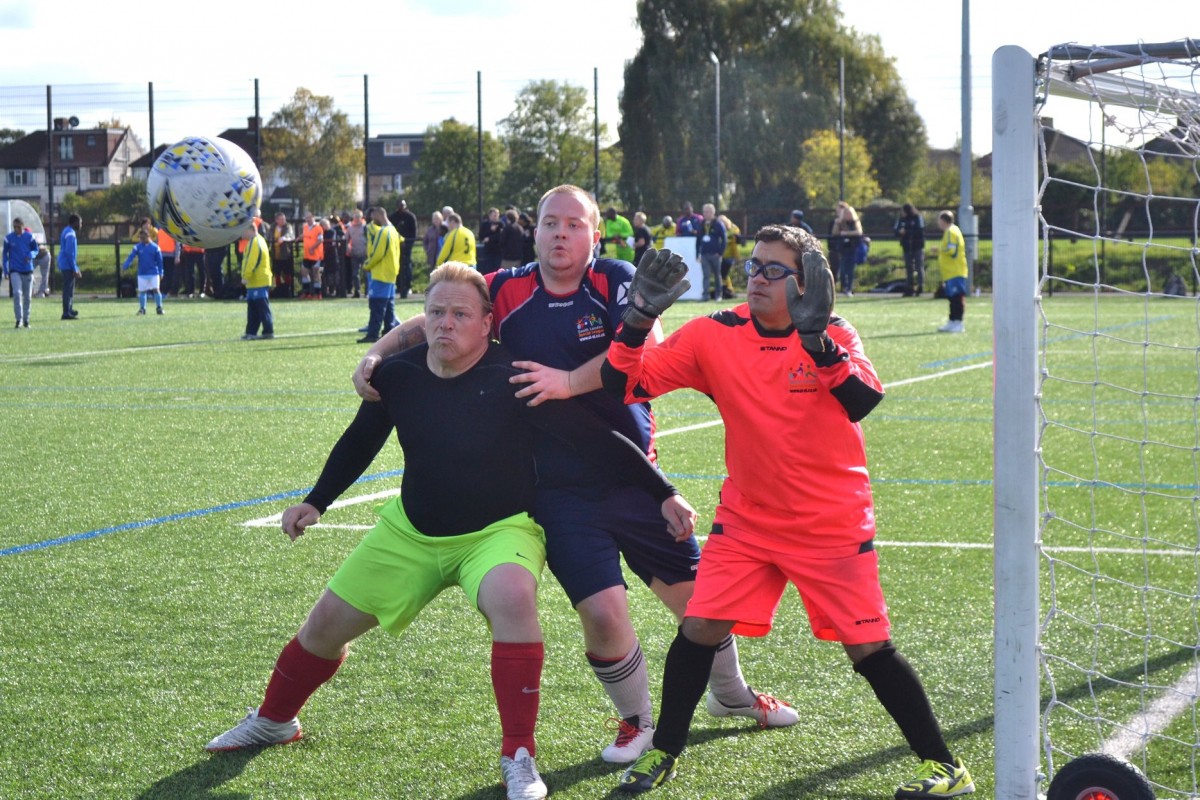 Charlton Athletic Community Trust (CACT) supported the South London Special League’s (SLSL) One Game One Community football tournament for players with disabilities recently as part of its ongoing partnership with the programme.

In total, 17 teams and more than 200 people took part in the tournament, held at Long Lane JFC in Kidbrooke.

Established in 1992, the Charlton Athletic Race and Equality (CARE) Partnership is proud of its long-standing relationship with both the Royal Borough of Greenwich and SLSL.

“These events are crucial in providing structured activities that facilitate social inclusion and help to promote health and wellbeing, as well as being an incredibly fun-filled day.

“Thank you to the CARE Partnership, who are a valuable supporter of our work.”

“It’s not about football, it’s about spirit, social inclusion, meeting other people and giving opportunities to players to better themselves.”

Click here to watch video coverage of the event.