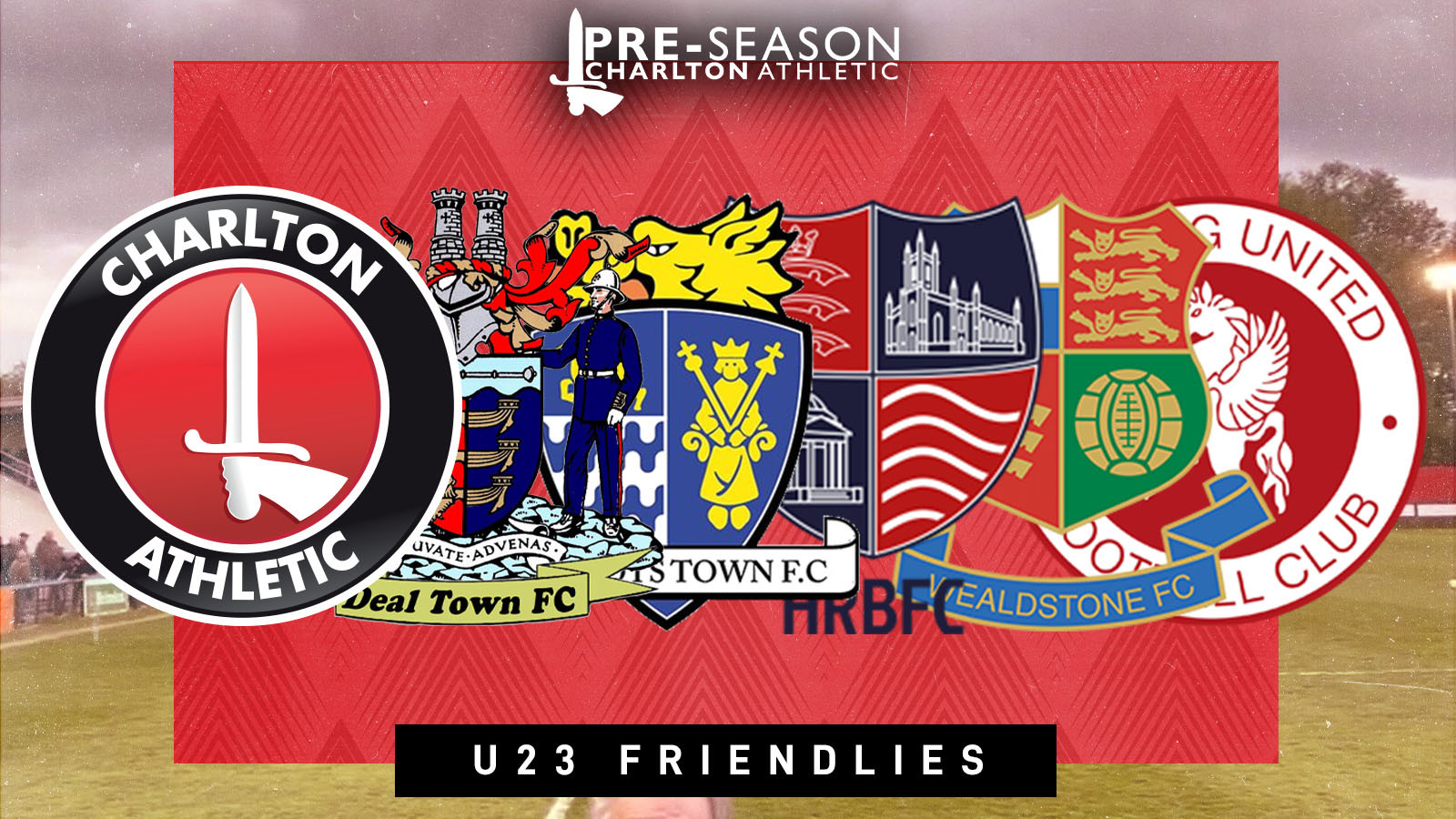 Charlton's U23s will play a handful of friendlies against non-league opposition in July.

Supporters wishing to attend these fixtures should keep an eye on the oppositions' websites and social media accounts for further ticketing information.