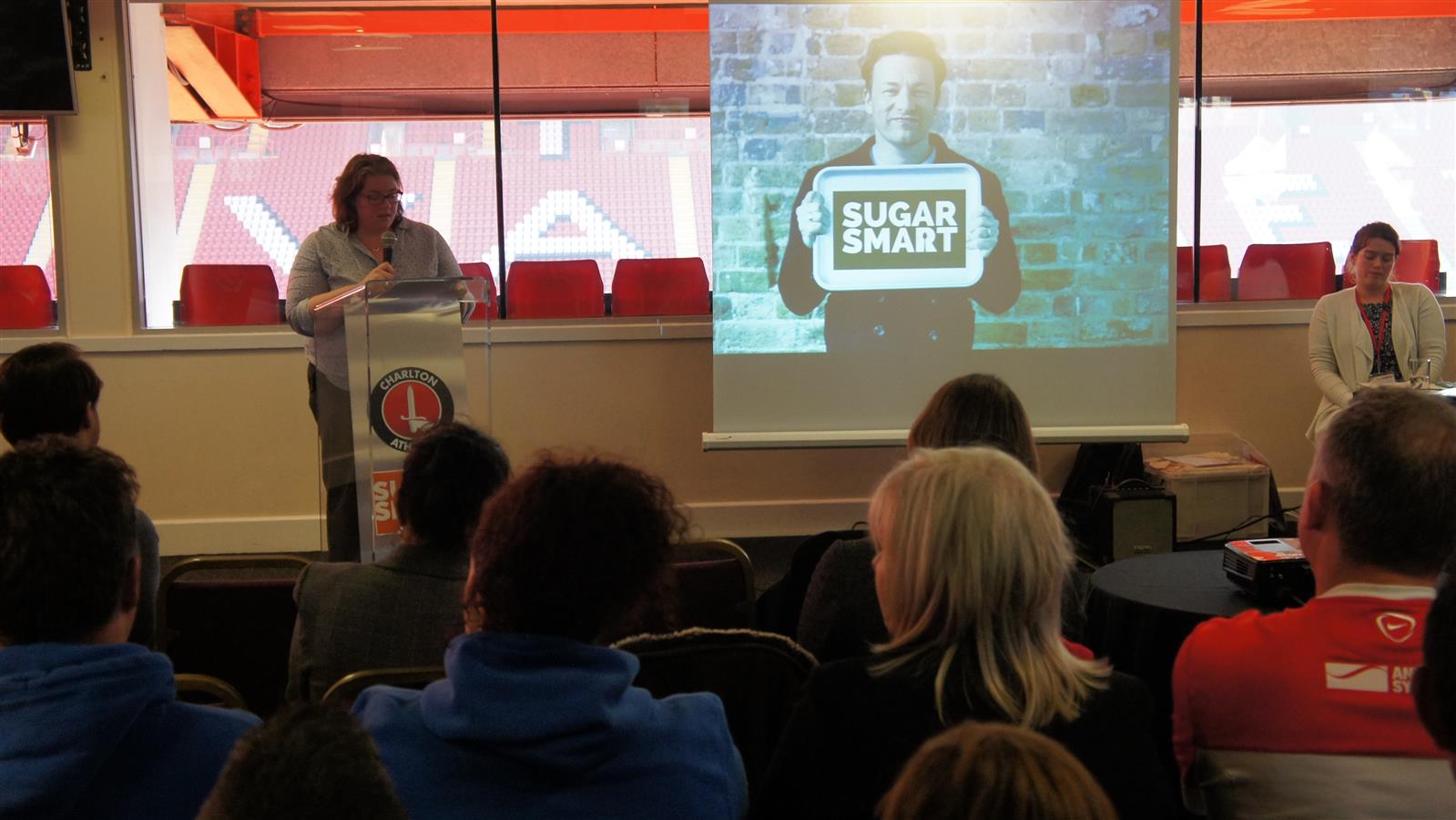 Charlton Athletic Community Trust have teamed up with Charlton Athletic Football Club and its caterers Delaware North to combat the borough’s rise in childhood obesity by pledging support for the Royal Borough of Greenwich’s Sugar Smart Cities initiative.

Sugar Smart is a campaign started by TV chef Jamie Oliver to increase awareness of the dangers of eating too much sugar and to reduce its consumption in the UK.

More than 40 per cent of children in Greenwich aged 10-11 are overweight or obese, which is worse than both the England and London averages.

This is not just a local problem. Children and adults around the UK are consuming two to three times the recommends amount of sugar, which is leading to high rates of tooth decay, obesity and Type 2 Diabetes.

The Sugar Smart Greenwich scheme seeks to change this and create environments that allow people to make healthier, lower sugar choices and help halt the devastating harm caused by sugary food and drinks.

CACT, the club and DNC have pledged to immediately remove sugar from its hot drinks stands on matchdays, leaving sweeteners for those who wish to add it to their tea or coffee.

The Royal Borough of Greenwich is launching the initiative at The Valley this morning (Tuesday), with many organisations and schools attending to show their support and make their own pledges to become Sugar Smart.

Deb Browne, Head of Health Improvement at CACT, said: “We’re thrilled that the club and DNC share our vision to make Greenwich a healthier borough. I’m really excited to get to work to help families in the borough make informed choices about their diet and hopefully improve their quality of life for years to come.”

Charlton's Club Development Manager Lisa Squires said: “Being Sugar Smart is very important for the club. We’re pleased to be joining forces with the Community Trust and DNC to give us the opportunity to reach thousands of families in Greenwich to help educate local people on the long-term dangers of sugar. Hopefully together we can help people to make healthier choices.”

Councillor David Gardner, who is launching the scheme, said: “It’s fantastic to see so many organisations around the borough are taking action to reduce sugar.

“We know sugar is a leading cause of childhood obesity, and the Sugar Smart Greenwich programme will help us to create a healthier environment for people here in Greenwich.

“Together with Lewisham we are leading the way – and many other boroughs are keen to follow suit.”

If you would like further information on cutting down on sugar and leading a healthier lifestyle, call out Healthy Living Line on 0800 470 4831 or download the Sugar Smart App on your phone.