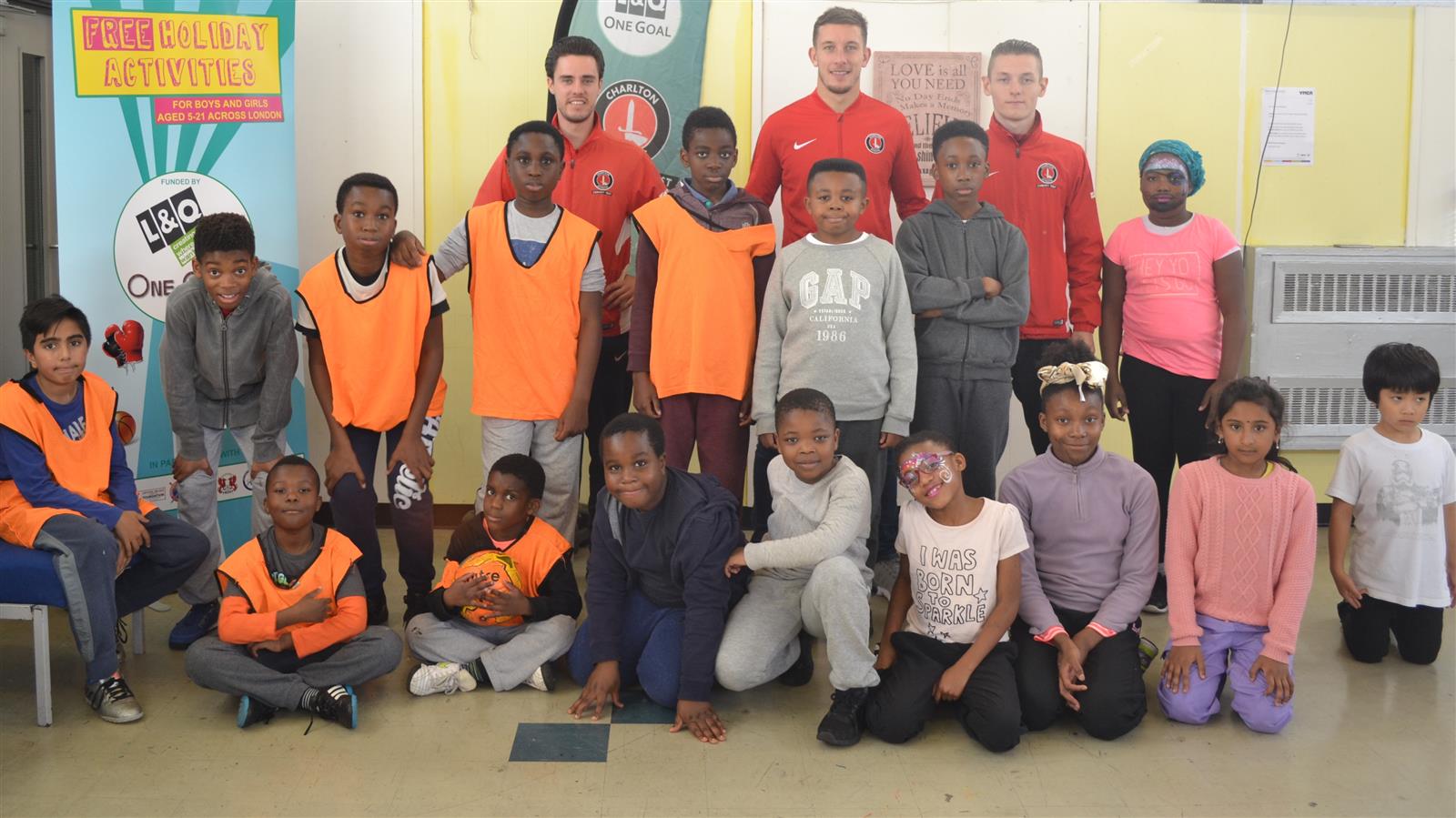 The L&Q One Goal programme run by Charlton Athletic Community Trust (CACT) and nine other London football clubs has been announced as the largest, free to use holiday programme for children in the UK.

The programme has run for two years across London in L&Q housing stock areas, and provides free sports and arts activities for 15,500 young people in 22 London boroughs.

One Goal was chosen as ‘Community Project of the Year’ at L&Q’s Creating Places awards at the end of last year.

The programme also looks to raise the horizons of young people attending the course. For instance, One Goal partnered with charity Stonewall last year to promote their ‘Rainbow Laces’ campaign to raise awareness of issues around sexuality, equality and diversity.

Charlton defender Jason Pearce visited one of the venues in Woolwich in October last year. Impressed by what he saw, he agreed to become an ambassador for the programme.

Jason said: “I am really proud to support such a vital and far-reaching programme. I can’t wait to see what One Goal has in store as it goes from strength to strength in 2017”