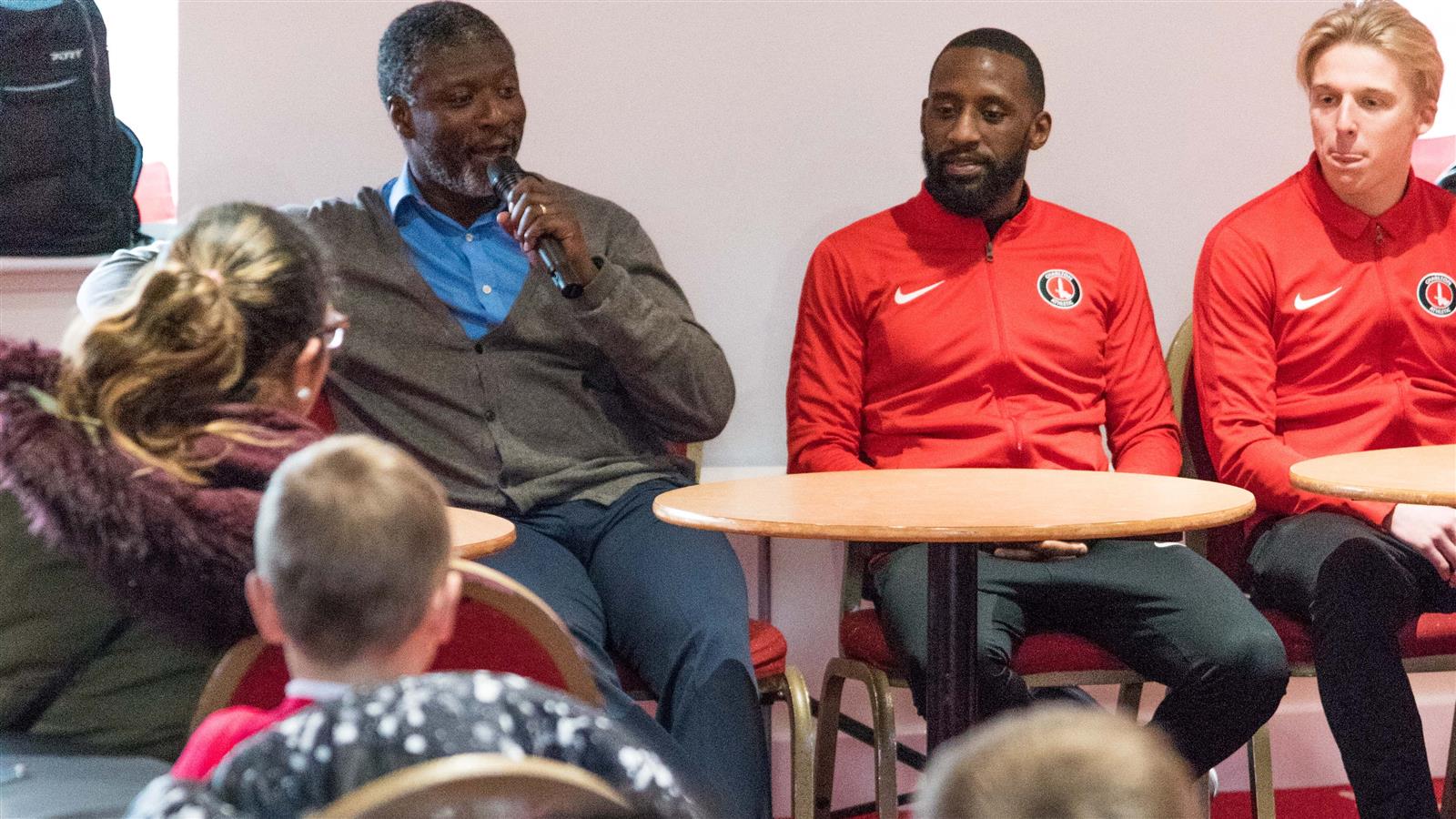 Pupils from primary schools in the Royal Borough of Greenwich came to The Valley on Thursday afternoon to learn about equality and diversity.

The students - from Cardwell Primary, Nightingale and Our Lady of Grace - heard from a variety of figures from Charlton Athletic and completed workshops about social integration, identity and difference.

In addition to their seminar, the youngsters got a tour of The Valley and had the opportunity to view first-team training.

Paul and Jason spoke directly about the realities of racism they faced as professional players in the 1990s.

Speaking after the event, Paul Mortimer said: “It’s important to make people aware of what it was like so that they know what progress has been made and that the job is not complete.

“There is still a lot to do to try and empower young people to take part in doing that.”

The seminars were run in partnership by the club, Charlton Athletic Race Equality Partnership (CARE) and Kick it Out, football’s equality and inclusion organisation.

Six further schools will be attending similar seminars over the next fortnight in the build up to Red, White & Black Day on Saturday, March 11th at The Valley.