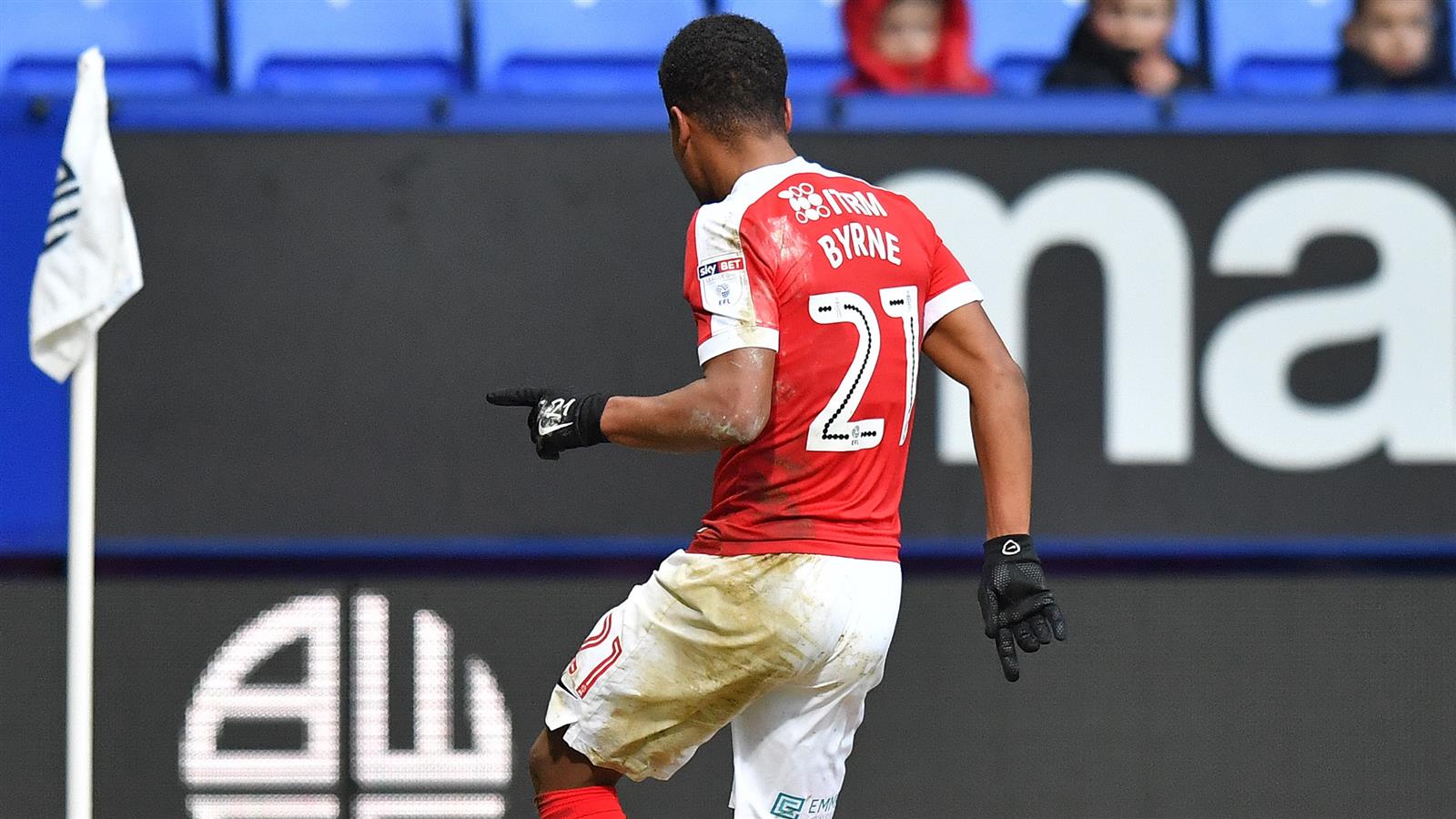 Nathan Byrne is hoping to have more reasons to celebrate in the coming weeks.

After scoring his first Charlton goal in our victory at Bolton Wanderers last weekend, the January signing expressed his delight by performing a little jig on the Macron Stadium pitch.

The celebration was noticed by a number of supporters, as well as by Channel 5’s reporter on their highlights show, and the winger is targeting more success, starting against Fleetwood Town at The Valley on Saturday.

“Josh Magennis hasn’t stopped giving me stick about that celebration!” he said. “I don’t really think when I score. Something just comes out of me and the next time I score you’ll see something different and crazy again. I like it to be a bit different.

“Jake did brilliantly [in the build-up to the goal] and I was shouting at him from when he first picked it up, telling him that I was on the outside.

“He went past one and I was screaming ‘I’m on the outside’, he went past another and then slipped me in. By the time I put my head up, the keeper was already there so I tried to put it underneath him and luckily it crept in.”

He continued: “I just want to affect games in whichever way I can. If that is with goals and assists then great but I just want to contribute to wins.

“If we can keep winning then I’ll be more than happy not to score. Everyone’s main goal is to push up the table and get in the play-offs, so as long as someone scores that is all that matters.”

The Addicks host fourth-placed Fleetwood - unbeaten in 12 league matches - at the weekend and Byrne says both teams will be confident come kick-off time.

He said: “They play a different formation to most teams in the league and it will be a tough test. They’re on a great run, they’ll be full of confidence and will think that they can win. It should be a good game and both sides have got a lot of confidence going into it.

“Every game against a team above you is massive because we want to make up ground on them and move closer to the play-offs.”