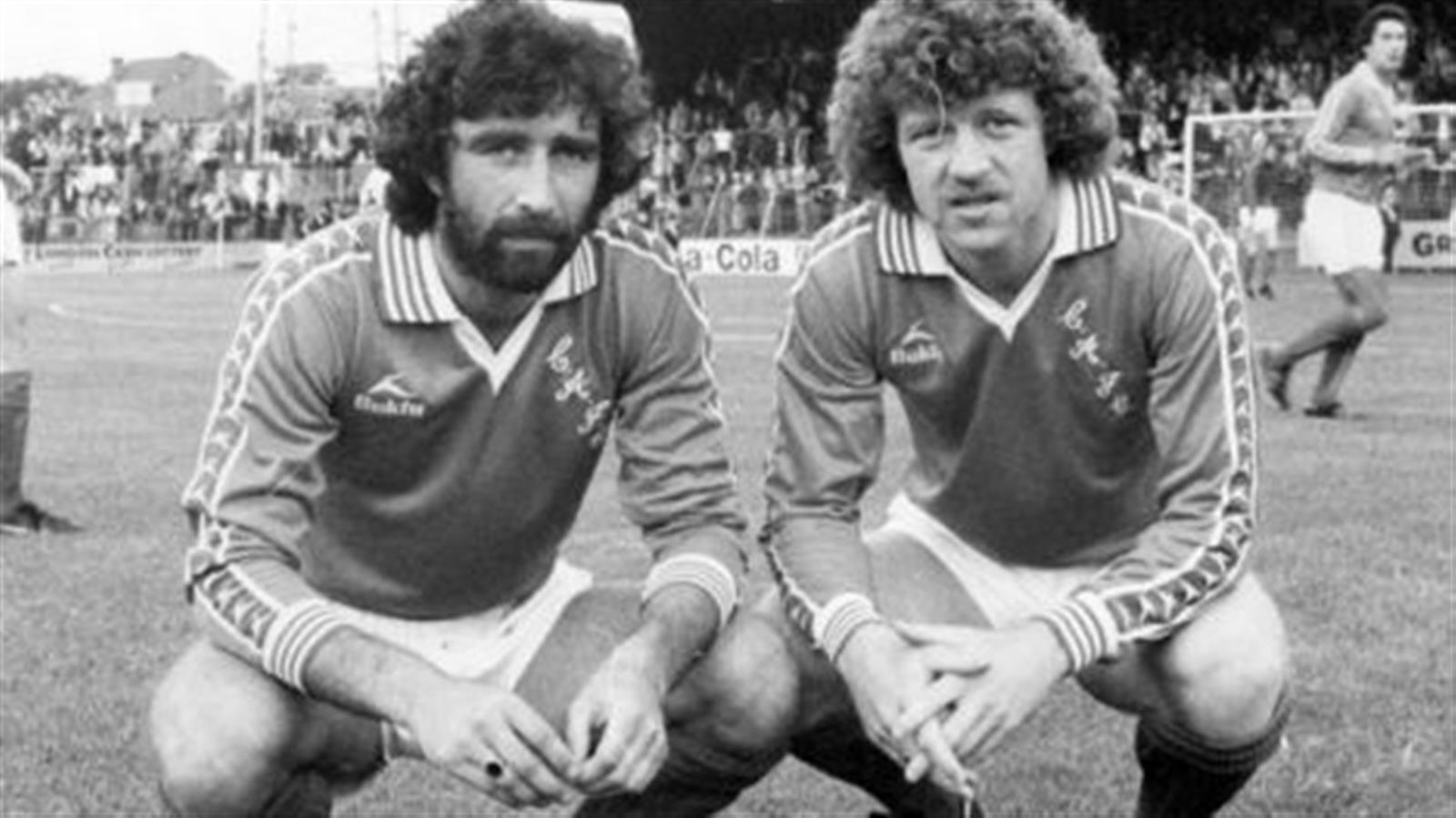 Two of Charlton’s greatest ever players will be joining Upbeats Day on Saturday, April 8th.

Charlton Athletic Community Trust (CACT) are delighted to announce that Derek Hales and Mike Flanagan will be joining supporters, staff and other ex-players for the third annual charity walk in aid of Charlton’s Down’s Syndrome team.

They formed a formidable partnership up front in the 70s and 80s, and will now be linking up again to lead one of the most popular days in Charlton’s calendar.

Supporters can now sign up to join Derek, Mike and a host of other Charlton legends to walk the nine miles from Charlton’s training ground in New Eltham to The Valley before the Addicks’ home game against Southend United.

As a Thank You for the incredible support given to the Upbeats in the last two years, registration this year is free.

Starting at Charlton’s Sparrows Lane training ground at 9am, walkers will receive breakfast pastries, teas/coffees and t-shirts before setting off and trekking through Eltham, Shooters Hill, Greenwich and Charlton to The Valley.

After completing the nine miles, walkers will receive complimentary hot meal in Crossbars, from where the Upbeats’ game against Albion in the Community’s Down’s Syndrome team can be watched.

You can sign up yourself, your friends and family by visiting http://www.cact.org.uk/get-involved/upbeats-day-2017-signup/, but hurry as the event capacity is limited.

£37,000 was sensationally raised last year to fund the project, which relies solely on individual donations. CACT are aiming to reach this figure again in 2017.

You can begin fundraising or donate yourself at https://www.justgiving.com/campaigns/charity/charltonathleticcommunitytrust/charltonupbeatsday2017