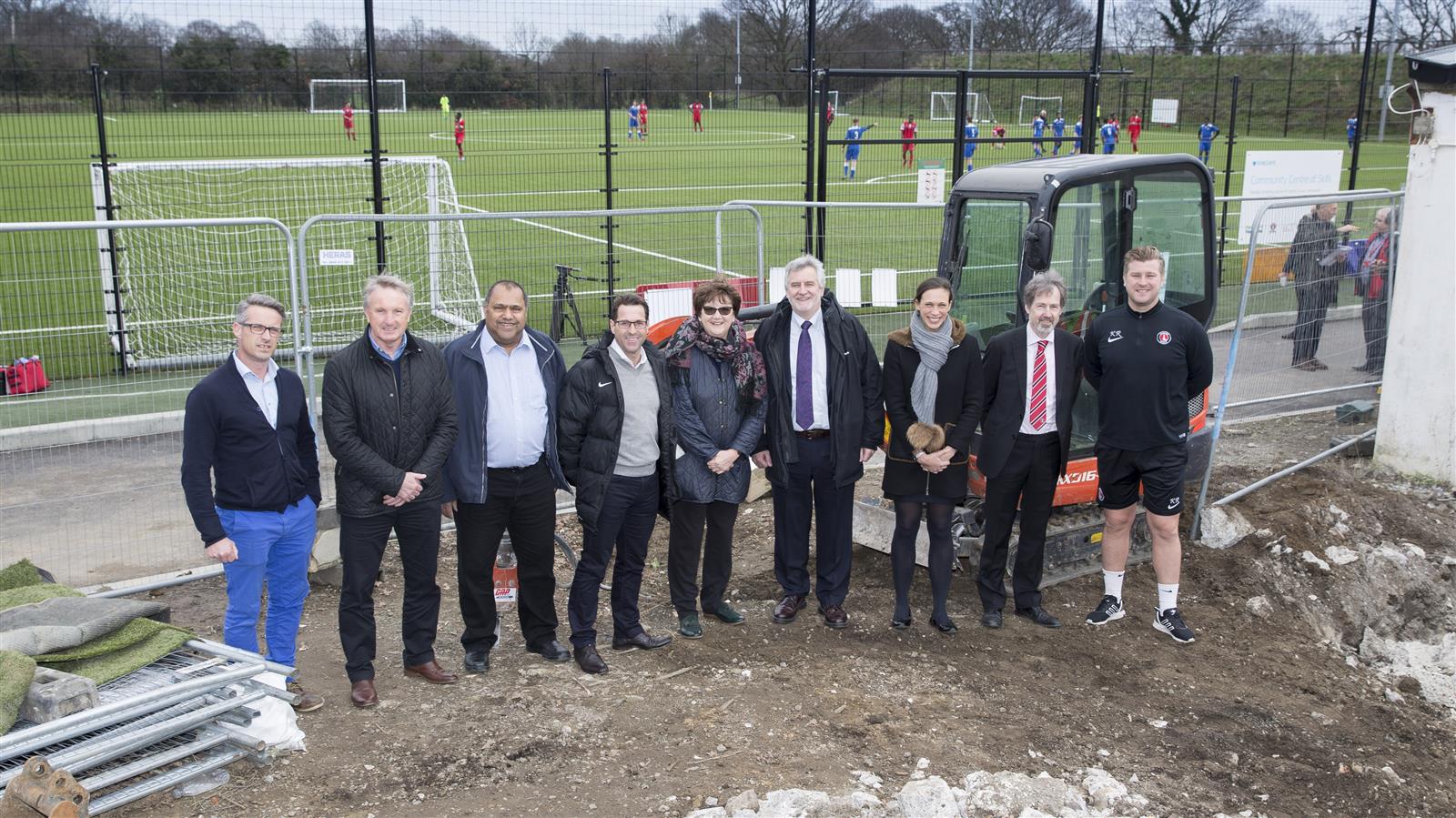 MP for Eltham Clive Efford and Leader of the Royal Borough of Greenwich Cllr Denise Hyland were among the attendees at the club’s training ground on Wednesday morning as building work began on Phase II of the multi-million pound redevelopment.

The redevelopment is being fully funded by the club and Phase II consists of the construction of a new synthetic community pitch and enhancement of the CACT area including:
-       Two new changing rooms
-       Classrooms
-       Consultation area
-       Construction of a new 3G rugby pitch
-       Increased parking
-       An access road
Services will remain accessible for the community for activities such as after school clubs, walking clubs, running, cricket and walking football.

The club initially secured planning permission for Phase II in October, when work began, but legal delays meant construction was only able to begin last week. The work is set to be complete by September.

Phase III of the development is set to begin following the end of the season and involves the renovation of the first team’s natural turf training pitches.

Charlton Athletic CEO Katrien Meire said of the joined-up nature of the project: “It is a good example of our approach. We’re an inclusive club, we have a massive academy, a women’s team that are doing brilliantly and our Community Trust, which has a great reputation, and this (the facilities) will only help them to expand their community scheme. The improvements to the training ground will benefit the club and the local community for many decades to come.”

Member of Parliament for Eltham Clive Efford said: “This is going to be a real hub of sport for the local community. I think Charlton really do deserve a great deal of credit. Having a facility like this where more of the community can come in, it really embeds Charlton Athletic Community Trust and the football club more in our local community. I’ve always enjoyed working with them and this is just more evidence of how committed they are to our local area and local community.”

CACT CEO Jason Morgan explained the benefit of the Phase II development: “It is important to support the community pitches we have here. We’ve been restricted by what we can do because we don’t have the adequate facilities. Everything that is being built as part of Phase II allows us to provide a lot more programmes for the local community and young people.”

Leader of the Royal Borough of Greenwich Cllr Denise Hyland said: “Charlton are a great partner of the Royal Borough of Greenwich. Charlton Athletic Community Trust run our youth service for example, they do a lot of public health work and they just have such community spirit. It’s (the training ground) superb, it’s widened the footprint of the training facility. It is going to allow classrooms, which mean young people will be educated here on site.”

During Phase I, the club used Footscray Rugby Club’s facilities, while work was take place on Charlton’s land. As part of Phase II of the project, a new 3G rugby pitch is to be constructed for Footscray. Chairman of the club Andy De Lord said: “Today has been important as it is the first time I’ve seen the whole vision come together all in one place. Today was the whole picture, it was good to see that what we’ve envisioned will come true. At a time when rugby clubs are struggling to develop and get players in, the facilities will help us to attract the people who want to get involved in rugby.”