HISTORY | How the Addicks lifted the FA Cup in 1947 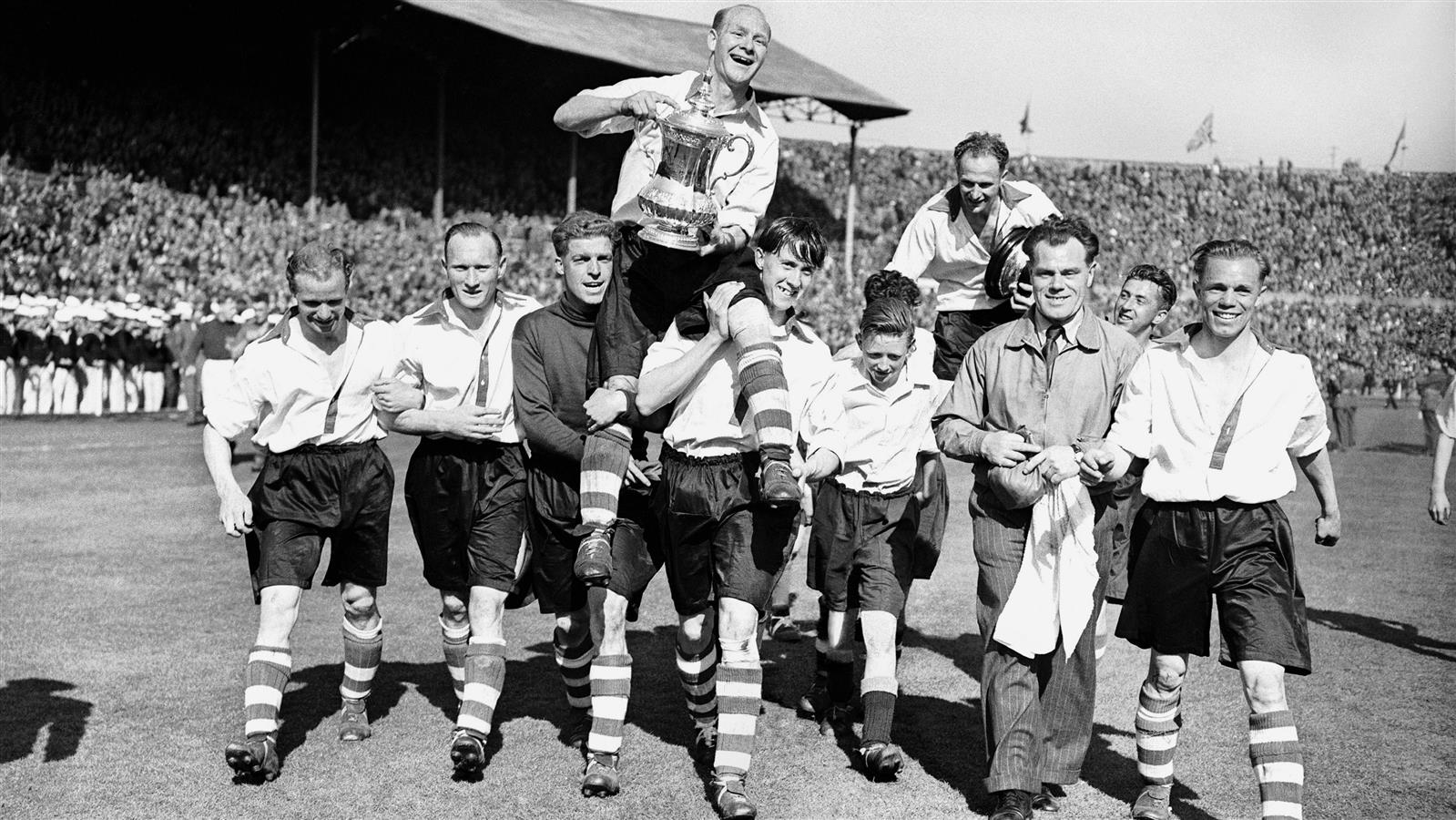 On April 26th 1947, Charlton Athletic enjoyed one of its finest hours when the club beat Burnley 1-0 at Wembley Stadium to win the FA Cup for the only time in its history.

Today - exactly 70 years on - we and legendary Manager Jimmy Seed take a look back at how they achieved it, beginning with their third-round tie against Rochdale and ending with that iconic victory in North London…

Charlton’s journey to FA Cup glory began with victory in the third round over Rochdale in SE7. With the score goalless at the break, the game sprung into life in the second half with Eric Lancelotte firing the hosts in front, only to be pegged back by Eric Wood’s equaliser.

Chris Duffy, however, would prove to be the hero (not for the last time in the competition), hitting a brace to seal a place in round four.

Jimmy Seed said: “Team played hard with will, but they did not come into their own till Dawson and Johnson changed places. Duffy’s speed did the trick.”

Jimmy Seed’s men came from behind to earn their place in the fifth round of the FA Cup. After a goalless first period, the hosts went ahead courtesy of Billy Elliott in the 52nd minute, but Chris Duffy scored his third goal in the competition seven minutes later to draw level.

And with 69 minutes on the clock, Bill Robinson won the game to set up a tie with Blackburn Rovers at The Valley.

Jimmy Seed said: “Team did well throughout and never looked like losing the match.”

The march towards the FA Cup final continued as Charlton booked their place in the quarter final, leaving it late against Blackburn Rovers.

Tommy Dawson’s winner came just 13 seconds before the final whistle was blown, just moments after Jimmy Baldwin had missed a sitter for Rovers at the other end.

The match made history as the first ever FA Cup tie, other than the final, to be shown live on television as the hosts set up another home tie against Preston North End in the last eight.

Jimmy Seed said: “Team played well throughout and should have been two up at half time. We were always on top, but could not finish. Dawson and Robinson changed places late in game and Dawson scored.”

Charlton’s moved a step closer to Wembley as they booked their place in the last four with a quarter-final victory over Preston North End.

Over 56,000 fans packed into The Valley to see Chris Duffy fire the hosts into the lead with 22 minutes on the clock, only to be pegged back by Billy McIntosh’s equaliser just before the break.

The Londoners scored what would turn out to be the winning goal 11 minutes into the restart, although it came in controversial fashion. Gordon Hurst turned the ball in from Charlie Revell’s headed cross to win the tie for Charlton, but Preston argued that the ball had gone out of play before the assist was made.

Nevertheless, the cup run continued and Jimmy Seed’s men had earned a second semi-final spot in as many years. Seed, however, missed the celebrations and the match as he was confined to bed with pleurisy, having to settle for commentary down a telephone line.

Jimmy Seed said: “Team fought hard throughout and, although not skilful, just about deserved to win on account of their fighting ability.”

With five members of the Charlton side suffering from food poisoning, Jimmy Seed’s men still managed to demolish Newcastle in the FA Cup semi-final to reach the final for the second consecutive year.

The Addicks took the lead after 18 minutes through Tommy Dawson before skipper Don Welsh netted twice prior to half-time.

In the second-half, Gordon Hurst scored with 52 minutes played to seal a famous win for Charlton.

Following the match, Welsh collapsed unconscious with the illness that plagued the Addicks’ side but thankfully was fine to appear in the next match against Middlesbrough.

Jimmy Seed said: “The team played devastating football and won easily. There wasn’t a failure in the side and the halves especially were on top right through the game.”

After the disappointment of defeat at the hands of Derby County a year earlier, Charlton made amends in their second consecutive appearance in the final of the world’s most famous cup competition.

They became the first London club to appear in back-to-back FA Cup finals and Chris Duffy’s extra-time goal was enough for the Addicks the win the FA Cup for the first and only time in its history.

See Sunday’s edition of Valley Review for a full breakdown of the club’s greatest ever victory.