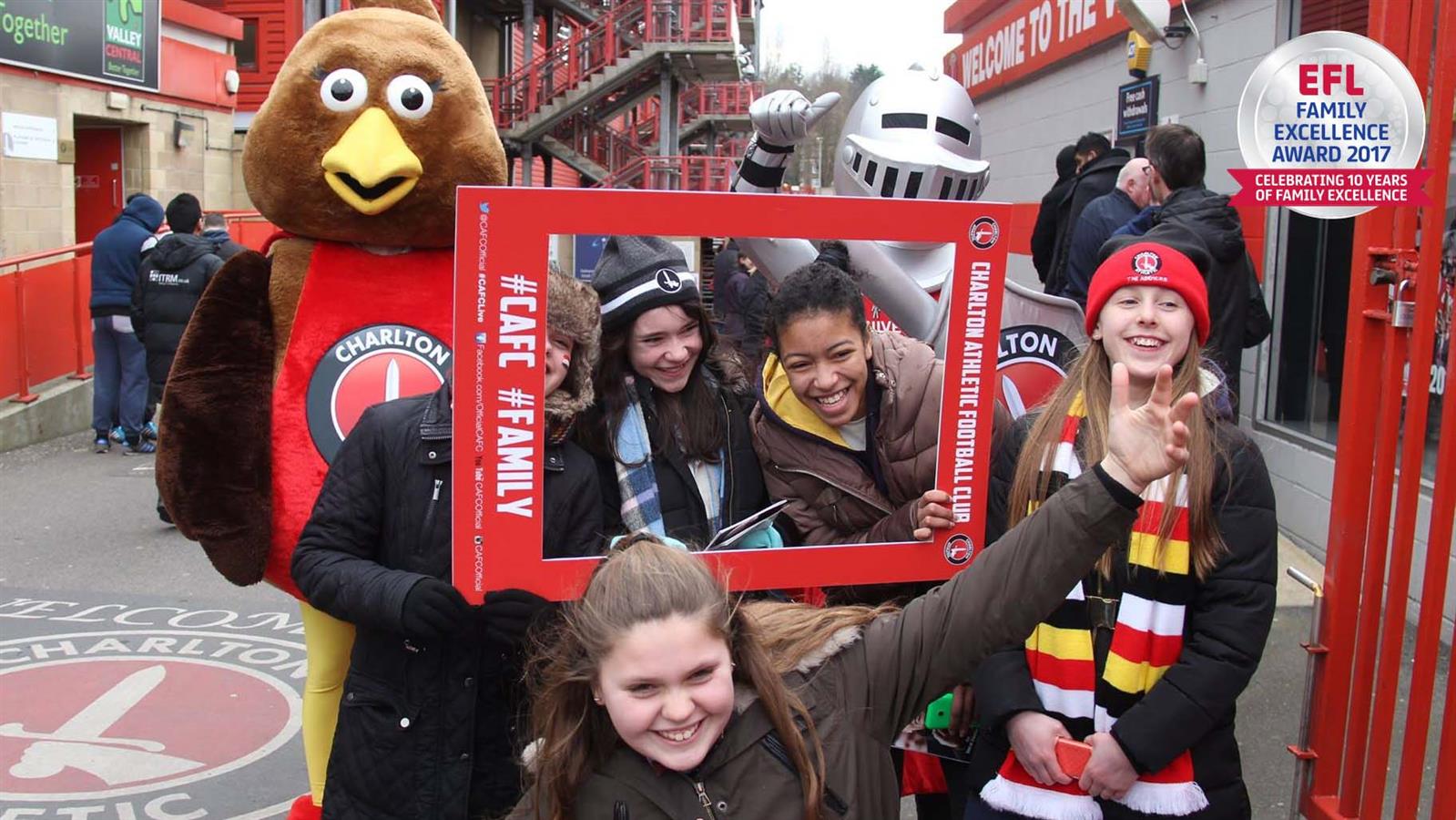 Charlton Athletic are proud to announce it has been awarded the EFL Family Excellence Award for the 2016/17 season.

Created in 2007, the Award is celebrating its 10th anniversary this season and recognises the outstanding experience provided by clubs for young fans and families as well as their efforts to enhance the matchday experience.

The Addicks were highlighted for its affordability for families, for the effort the club is putting in to attracting children and families and due to the friendliness of staff, particularly in the Family Activity Zone.

Club Development Manager Lisa Squires said: “It’s great to see such amazing feedback from the EFL. To receive 9/10s for ‘Overall friendliness’, ‘Would you recommend to other families?’ and ‘How valued did we make you feel?’ from their mystery family shopper visit shows that everyone involved at the club is really focussed on ensuring that families have a great time at The Valley.

“We are constantly looking at ways to attract families to The Valley and part of this is our Schools Partnership Scheme which currently links us to 47 local primary schools.”

A record-breaking number of 51 clubs from across all three divisions in the EFL have achieved the award for 2017, with a significant increase in the benchmark standard being applied by the judging panel.

Over the past 10 years, more and more young people have made their way through the turnstiles in the EFL, with junior season ticket sales having increased by a staggering 37% since 2007, and 20% of all EFL club match attendees now under the age of 16.

More than ever this year, EFL clubs are providing families with engaging and innovative matchday entertainment, as they continue to find new and unique ways to attract fans and their families to matches.

In achieving the award Charlton has been recognised as offering superb entertainment for families at The Valley throughout the 2016/17 season, engaging with young fans and families through such initiatives as the Family Activity Zone.

Such evidence is a strong indication of a healthy future for football in this country according to Shaun Harvey, EFL Chief Executive.

He said: “The EFL Family Excellence Awards have proven to be a fantastic vehicle for celebrating and highlighting the excellent progress that clubs are making in providing families with improved match day experiences.

“Now in their 10th year, the Awards have made a significant impact and this year’s winners have once again shown how innovative thinking and a strong commitment can enhance the experience for both home and away.

“I wish to congratulate each and every club who has been recognised for playing their part in continuing to attract a growing number of younger fans to the game in what is undoubtedly a valuable indication of a bright and healthy future for the EFL.”