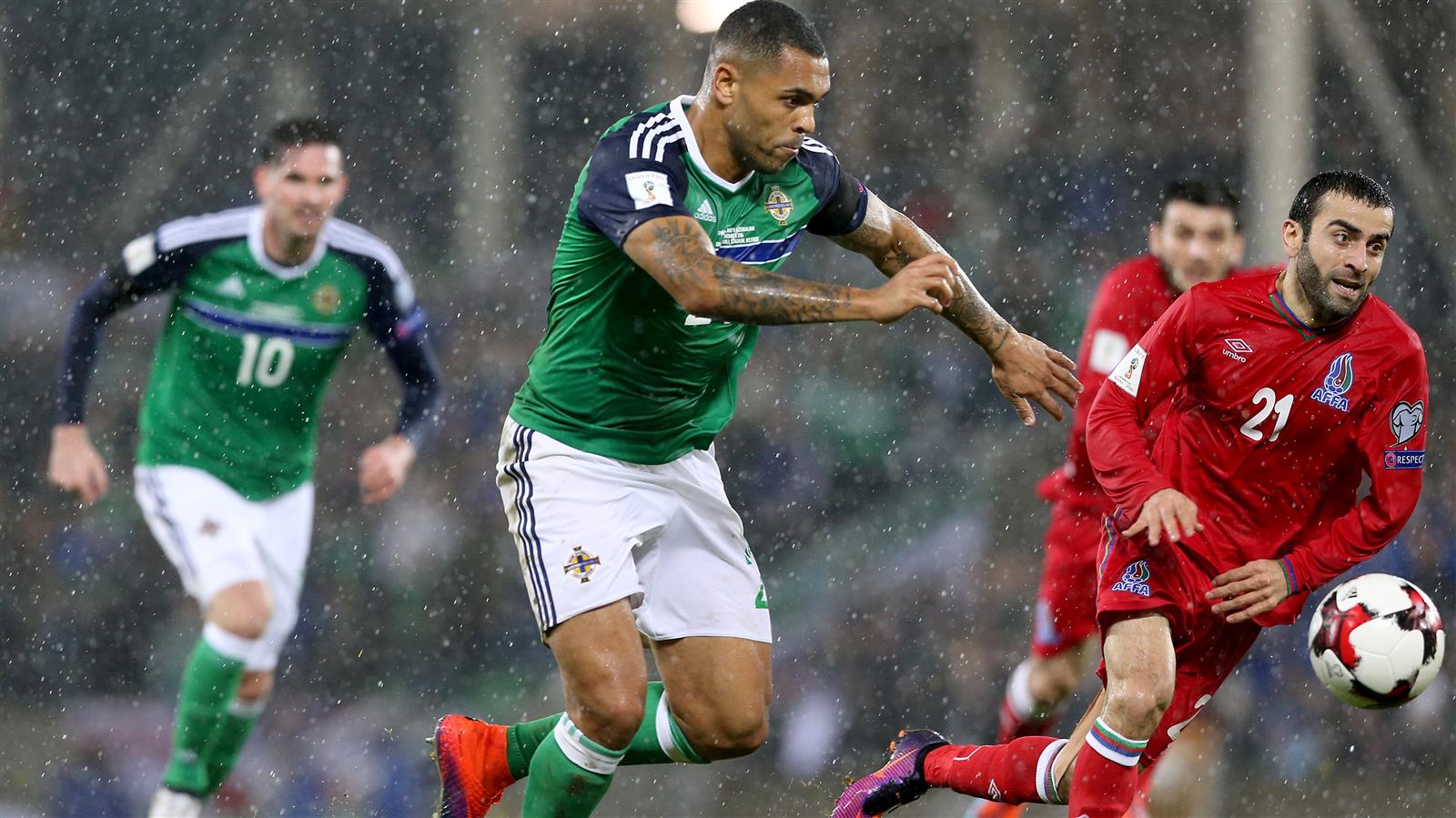 Josh Magennis has been named in Northern Ireland’s squad for their training camp, which will take place in Manchester between May 22nd and 25th.

The forward will then, should he be selected, take part in the Green and White Army’s fixtures against New Zealand and Azerbaijan.

Northern Ireland host the Kiwis in Belfast on Friday, June 2nd where they will be looking to make it four wins from their last five home matches.

Eight days later, they will take on Azerbaijan in Baku in World Cup qualifying Group C. Magennis’ Northern Ireland currently sit second in the table – behind Germany – and a victory could move them to within two points of the world champions.