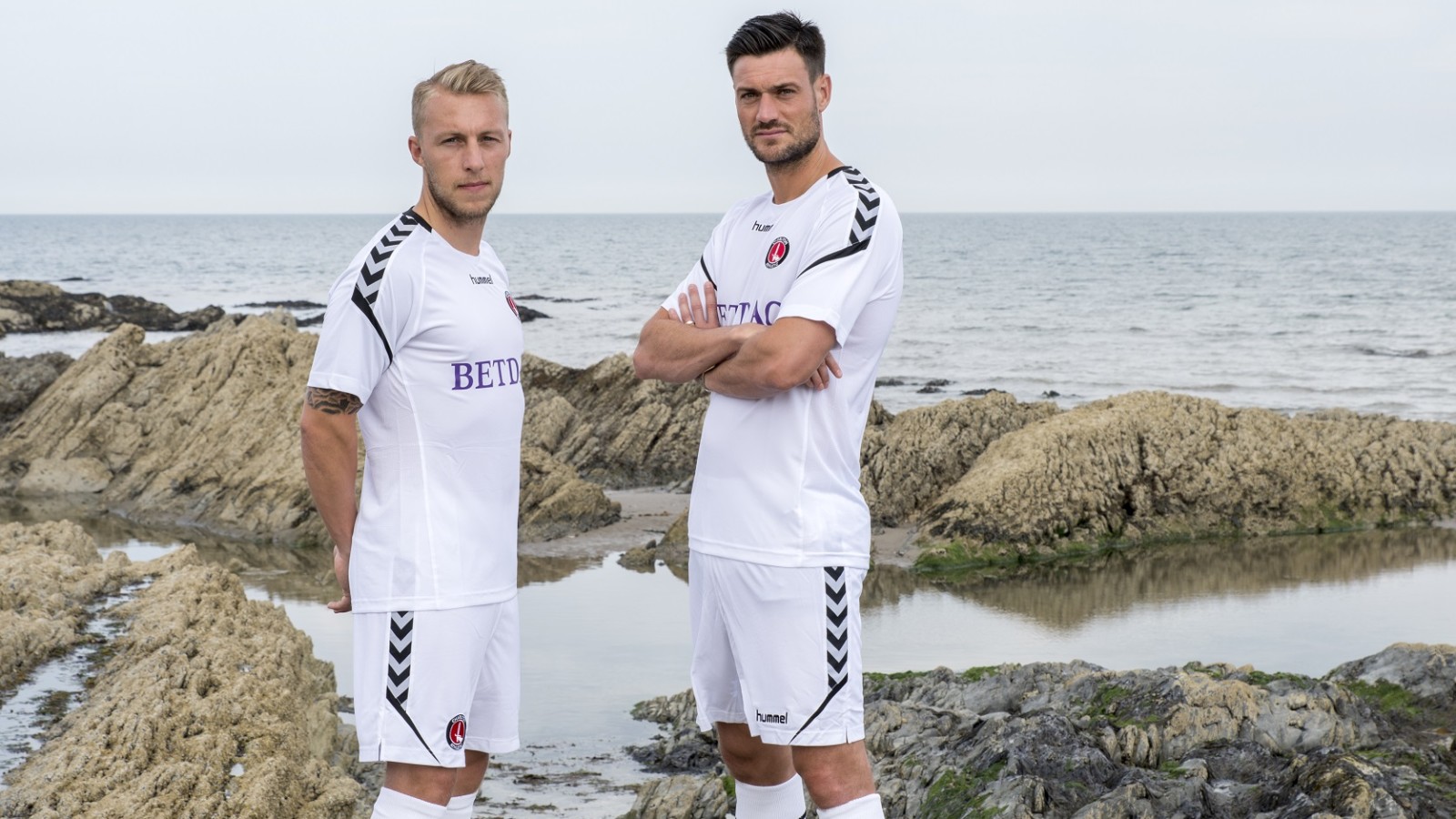 Charlton Athletic will play in a one-off white and black kit, provided by the club’s new kit supplier hummel, for the Addicks’ three pre-season games in Ireland next week.

The kits, modelled by Charlton stalwarts Johnnie Jackson and Chris Solly, are a modified version of the club’s third kit option for the 2017/18 season.

This kit will be worn for the first time during the friendly against Crumlin United on July 10th, which will be streamed live and free for all supporters on the club’s new premium audio and video subscription service Valley Pass.

The kits used in Ireland will be given away to local charities and the full version of the third kit will be worn in the club’s matches against Welling United and Greenwich Borough on July 15th.

The third kit will be used as an emergency strip for the season and will only be utilised if necessary. As such, it will not be made available for purchase.

The 2017/18 season is the first year of a new five-year partnership between Charlton and hummel and, for the first time in five years and every year of the agreement, the club will have both bespoke home and away kits.

The away kit will be worn for the first time in the club’s away friendly against Dover Athletic on Tuesday, July 18th.

Meanwhile, the new home kit will be worn for the first time in the opening league game of the season against Bristol Rovers on August 5th.

Both kits will be revealed later this month.

A one-off celebration kit will be worn for the December 9th home league game against Portsmouth, almost 25 years to the day after the Addicks beat the same opposition on December 5th, 1992. Details of this kit will be announced closer to the event.

The club’s new deal with hummel has been negotiated to incorporate the award-winning Charlton Athletic Community Trust (CACT) and Charlton’s women’s team. As part of the deal the two organisations will be gifted kit to match the first team and further align with the Charlton family.

In addition, as part of the partnership, hummel and Charlton will be providing in each year of the agreement, 75 football team kits to local primary schools, including all 48 schools in the club’s Schools Partnership Scheme. This supports the club’s broader strategy to drive the awareness of Charlton with young Greenwich residents to support the growth of the club’s fanbase.

Work has begun on the club’s brand new club shop, set to open this month, which will include new hummel leisurewear as well as giving fans the opportunity to purchase the team wear.