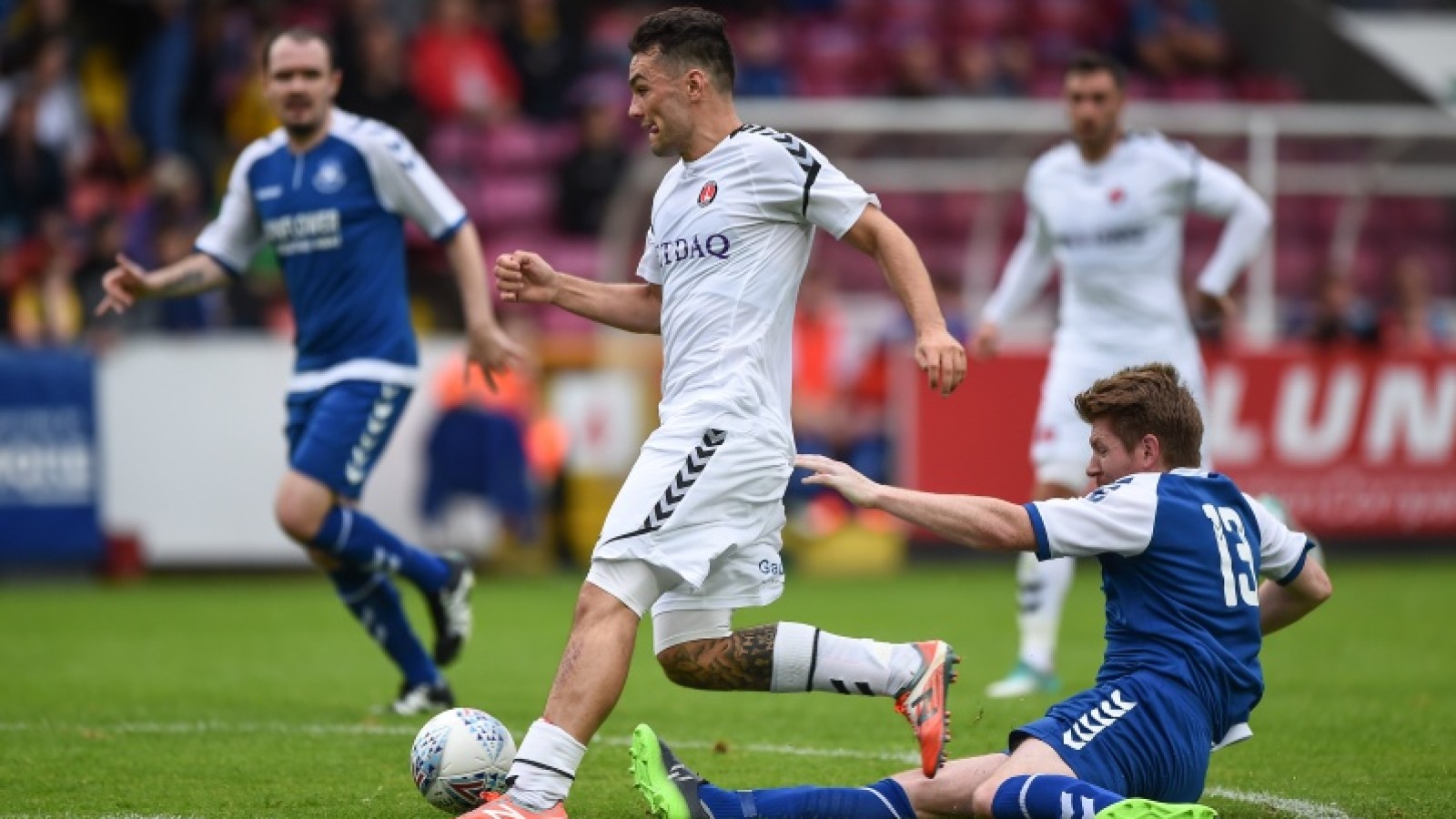 Charlton kicked off their pre-season campaign by recording a comprehensive victory against Crumlin United on Monday evening.

Tony Watt bagged a first-half double, with his strikes coming either side of an own goal from goalkeeper Mickey Quinn, and Ricky Holmes and Josh Magennis completed the rout after the break.

Manager Karl Robinson fielded separate XIs in both halves, enabling all of his squad the opportunity to stretch their legs ahead of Tuesday’s encounter at Limerick, and there were also second-half cameos for goalscorer Magennis, Regan Charles-Cook and Anfernee Dijksteel.

The Addicks bossed possession in the early exchanges and created their first chance on six minutes when Watt rounded goalkeeper Quinn before teeing up Tariqe Fosu, who fired wide from a tight angle.

The latter shot into the arms of Quinn a couple of minutes later and Cristian Ceballos then curled over.

Andrew Crofts came close on 15 minutes but Charlton would not have to wait too much longer to take the lead.

Fosu jinked away from his man on the left and crossed for Watt, who rose highest to bury his header via the inside of the far post.

Crumlin looked for a quick response when Jake Donnelly shot over but the Addicks doubled their lead on the half-hour mark.

Ceballos was freed on the left and he whipped in a cross that Quinn dropped into his own net. It was hard luck for the stopper and two minutes later he had to pick the ball out of his net again.

Watt was sent clear down the middle and he made no mistake with his finish, calmly slotting home.

It could have been four before half-time when Fosu raced through on goal. His cheeky, lobbed effort was kept out by Quinn, though.

Manager Robinson changed his entire XI for the second period and the new-look side took minimal time to settle into their stride.

Aaron Barnes and Holmes – fresh from signing his new contract earlier in the day – both saw crosses hacked to safety inside the opening minutes of the half.

Jorge Teixeira headed just over at the far post on the hour and Billy Clarke saw a strike plucked out of the air by Quinn.

It was four on 73 minutes. A quickly-taken free-kick released Holmes and he played a one-two with Aribo inside the box before dispatching an effort into the roof of the net.

Charlton continued to boss proceedings and rounded off the scoring five minutes from time. Magennis picked up the ball on the edge of the box, turned and arrowed a low drive into the corner of the net.