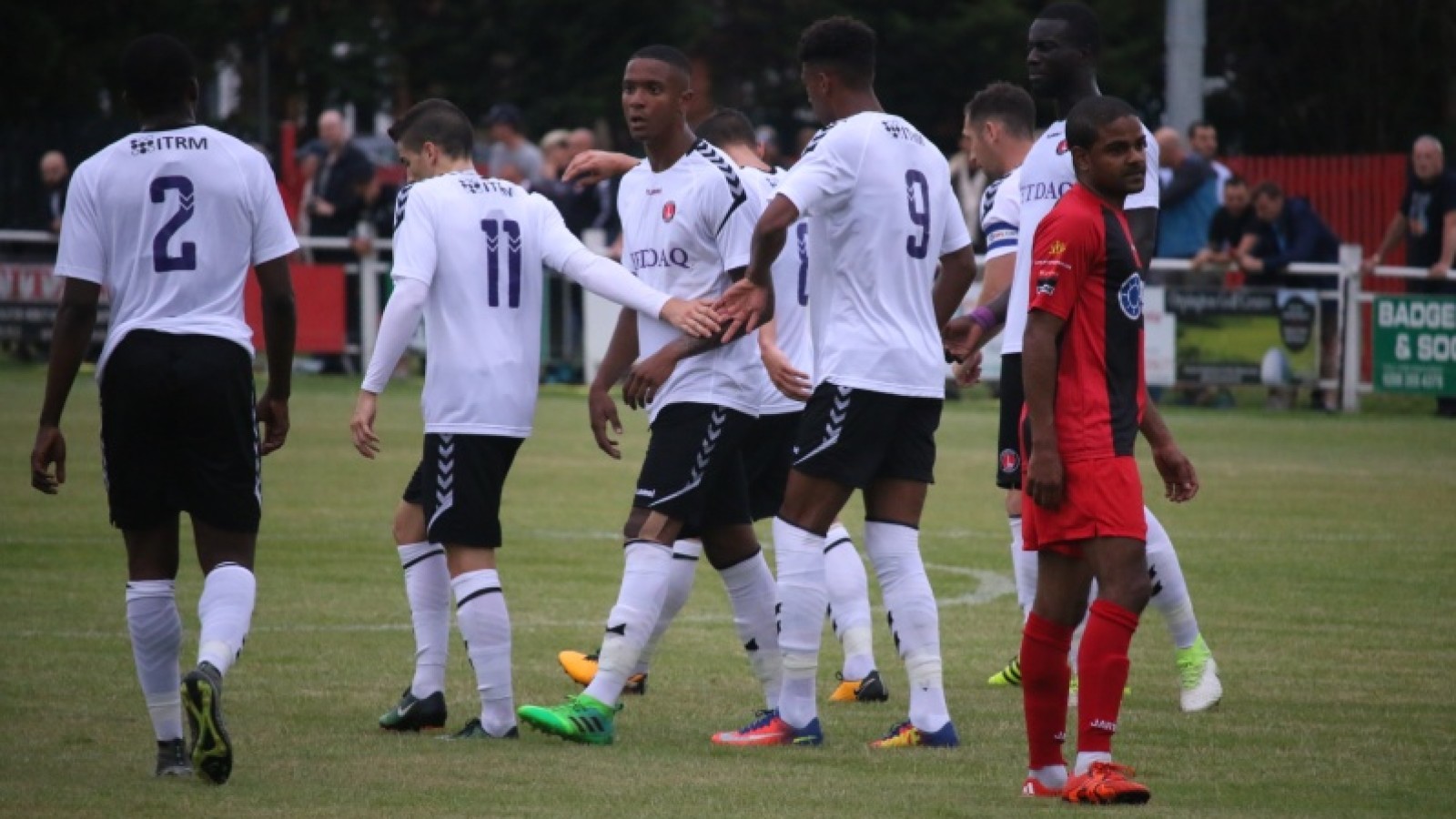 Charlton made it two pre-season victories in one day by confidently overcoming Greenwich Borough at the DGS Marine Stadium on Saturday evening.

With half of the first-team squad having already played their part in a 3-0 win against Welling United earlier in the day, the later game presented the other half of Karl Robinson’s squad with the chance to impress themselves.

They started the match quickly and were two goals in front inside 15 minutes, thanks to strikes from youngster Reeco Hackett-Fairchild and Cristian Ceballos, while Mark Marshall was on hand to make it three before half-time.

Billy Clarke netted a fourth in the second period and that is the way the scoring stayed as the Addicks ended the day with two victories, seven goals and two clean sheets.

A couple of Marshall crosses tested Greenwich Borough down their right side early on and, on nine minutes, the first strike of the game came in from Ceballos, following a quickly-taken corner.

The effort flew high over the crossbar but two minutes later the Addicks grabbed the lead. Clarke intelligently hooked the ball over the top for Hackett-Fairchild to chase and he raced clear before confidently finishing through the legs of home stopper Ben Bridle-Card.

The goal rewarded a quick start and Charlton did not have to wait long for goal number two. Jake Forster-Caskey found Ceballos 22 yards out and he got his head up and arrowed a strike into the bottom corner of the net.

Ceballos fired a strike straight at Bridle-Card as he looked for his second of the evening and, on 25 minutes, the hosts carved out their first opportunity. Travis Gregory cut in from the right and aimed a shot at goal that Ashley Maynard-Brewer did well to push to safety.

Four minutes later, Hackett-Fairchild clipped the outside of the post, having got onto a Forster-Caskey cut-back.

It was 3-0 on 32 minutes. Ceballos waited for the run of the overlapping Marshall and after playing the ball into his path the summer signing zipped a strike into the bottom corner of the net.

Ceballos came close to scoring a fourth when he curled off target and 60 seconds before the break Aaron Barnes did likewise when he cut inside from the left flank.

The Addicks held a three-goal lead at the break and the opening chance of the second 45 fell the way of Greenwich Borough. A corner made its way to the back post where former Charlton academy graduate Charlie MacDonald sent an over-head kick towards goal that goalkeeper Jordan Beeney held on to.

Hackett-Fairchild latched onto a Marshall cut-back and grazed the crossbar for the visitors, and they did then grab their fourth goal. It came in unusual circumstances and it was Clarke that claimed it. He closed down goalkeeper Bridle-Card, tackled him and poked the ball into the empty net.

A Greenwich defender headed the ball against his own crossbar from a Clarke cross soon afterwards, as Charlton came close to making it five, and seconds later Marshall fizzed just wide.

Manager Robinson made nine changes with 20 minutes remaining and that saw the action slow. Replacement Alfie Doughty almost rocketed home a fifth six minutes from time but his effort sailed just wide in what proved to be the game’s final notable chance.