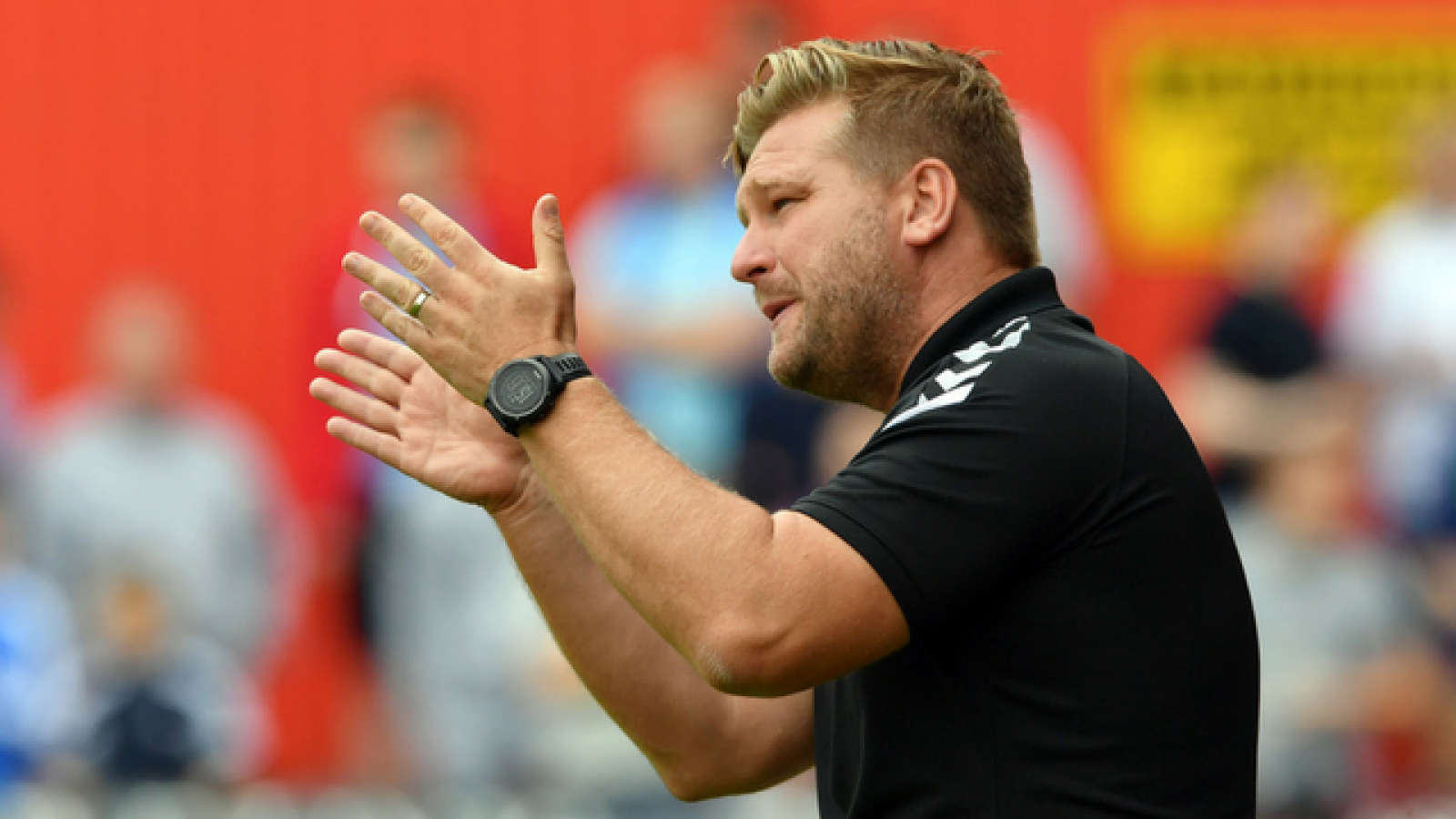 Charlton began the day with a 3-0 afternoon win away to Welling before they travelled to Greenwich Borough this evening and secured a 4-0 victory.

Robinson said: “Today was a positive day for the football club and in the community. Everyone speaks about the community aspect of this football club and the connection it has with the people of Charlton and I think once again you’ve seen the players get up close to everyone today and you’ve seen them perform really well. To come into these two games in one day, it’s not been done before, a few people questioned it but we’ve done it, we’ve made people happy and hopefully people will think ‘they look fit, they look hungry’. Other than that, that’s all we can really do in pre-season.

“Everyone has really put a shift in today. They are really buying in to a bit of discipline and a bit of work ethic and a philosophy. The rawness of Charlton is important, the self-belief that you should have in yourself to play for us is important. That’s all we ask of our players. We want all the flair players we’ve got but the most important thing is that they work hard and commit themselves and hopefully people can see that we certainly look fit.

“I think you’re starting to see there’s a shift off the pitch and a shift in the style in the way we play on the pitch. About three weeks today it kicks off for real.”

Centre halves Jason Pearce and Patrick Bauer netted against Welling in the first half with Mikhail Kennedy adding a late third. Against Greenwich Borough it was the attacking quartet of Reeco Hackett-Fairchild, Cristian Cebellos, Mark Marshall and Billy Clarke that found the net.

The goals were Marshall and Clarke’s first since completing their summer moves from Bradford but Robinson wasn’t getting carried away. He said: “If it’s not a problem if they don’t score (in pre-season) then it can’t be amazing when they do score, it is part and parcel of pre-season.”

Robinson was also asked about Ahmed Kashi post-game and said: “We’ve just got to be careful with him (Kashi), as his legs still aren’t there, he probably still doesn’t have the power that he needs to push off but you’ve seen Jake and Crofty also perform very well. We’ve got young Joe Aribo in there."

The Manager also had a message of thanks to all those involved in today’ game. He said: “I want to say a massive thankyou to Welling and Greenwich Borough and all the fans who turned up today. Also internally to all the medical staff, the sports science stuff, the people in the academy, Steve Avory, Jason Euell. We’ve been training this morning, to turn it all around and play again. It’s been a real hectic day but hopefully people appreciated it that we’ve tried to fulfil a window of opportunity to see a lot of fans and put a performance on.”