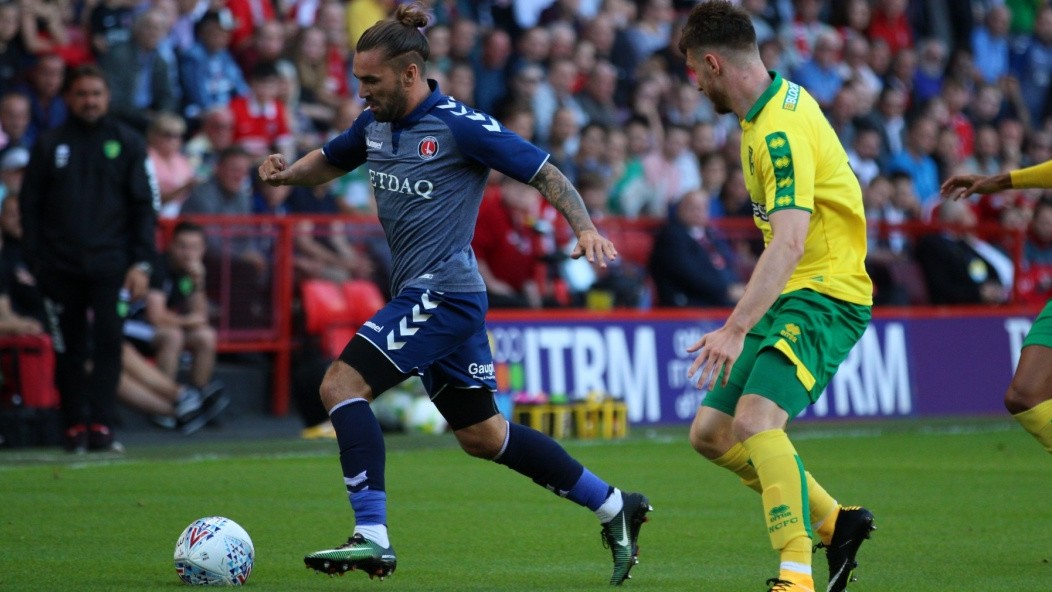 Charlton Athletic played some neat football in a 2-0 loss to Championship outfit Norwich City in their first 2017/18 pre-season friendly at The Valley.

The home side had a goal disallowed and a penalty turned down in an impressive first half performance and were made to pay the price when dangerman Yanic Wildschut found the net in the 11 minutes before the half-time whistle and set-up teammate Steven Naismith in the second half.

Jake Forster-Caskey, who has scored two goals in pre-season already, looked to add to his tally early in the game. He picked the ball up in midfield and his swirling 35-yard effort caused Michael McGovern in the Norwich City goal no end of problems, the Northern Ireland stopper was relieved to palm around the post. Patrick Bauer headed wide from the resulting corner.

Charlton’s best chance in the opening quarter came in the 24th minute. In the midst of a lovely passing move, Forster-Caskey switched the play to find Barnes, his pass was in to Fosu’s feet and the former Reading man turned cleverly in the box to beat his defender and pulled his shot just wide.

Minutes later Magennis had the ball in the net with a chipped finish over McGovern but the goal was disallowed with Holmes’ adjudged to have been offside in the build-up.

At the other end it was winger Yanic Wildschut causing all the problems for Nowich. After a few warning runs the former Middlesborough and Wigan man gave the visitors the lead. He dispossessed Aaron Barnes and collected the ball back from a teammate. From the corner of the area, he struck with precision into the bottom corner of the Charlton goal.

Shortly afterwards Wildschut forced Phillips to tip over a speculative effort from outside the box.

Just before the half-time whistle Charlton were denied a penalty. Fosu found Holmes with a perfectly weighted pass and the winger got to the ball just before McGovern but referee David Rock shook his head at the appeals.

Norwich should have doubled their lead not long after the second half began. Again Wildschut did well down Norwich’s right and the ball eventually fell to Steven Naismith. The former Everton man smashed over when he should have found the target.

Forster-Caskey made Gunn work from a free kick but was substituted shortly afterwards and it wasn't long before it was 2-0. Norwich reacted quickest to a free kick freeing Wildschut. The winger again found Naismith in a not dissimilar position to the one he missed from moments earlier. This time the Scottish international made no mistake as he clinically slotted past Phillips.

The standard friendly substitutions came in but Charlton still posed a threat. Bauer came closest with a header wide from a Holmes free kick.

Charlton nearly benefited from an own goal, Regan Charles-Cook drove forward, lured two defenders in and passed the ball to Karlan Ahearne-Grant. His driven cross came off Christoph Zimmerman and looped just past the Norwich post.

The Addicks were unable to pull a goal back and the focus now turns to Saturday when the cub host Ipswich Town at The Valley.