Robinson: “We are ready” 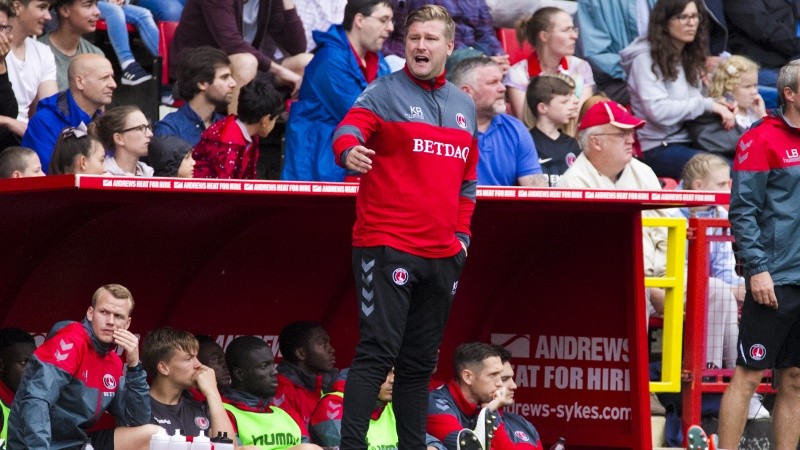 Karl Robinson insists his team are ready for the start of 2017/18 after brushing aside Championship outfit Ipswich Town 6-1 at The Valley on Saturday in Charlton’s final pre-season friendly.

The Addicks were hugely impressive from start to finish as Patrick Bauer, Josh Magennis (2) Tariqe Fosu and Ricky Holmes (2) all found the net to ensure a perfect summer sign-off ahead of the visit of Bristol Rovers to The Valley next Saturday.

And Robinson says the hefty victory will give his side a lot of confidence leading into the League One season.

“We’re ready for next Saturday,” he explained.

“I want my team to play a certain way. It’s not tippy-tappy, but it’s aggressive football and today everything just came together.

“I still want to bring in two players before next Saturday and we’ll see what we can try and do next week.

“We need to make sure we have a strong mentality to believe in ourselves. We’re going to have a double session on Tuesday and there is more running and testing to be done. I’d like to think some of our fitness levels will be right up on what we expect them to be.”

Robinson added: “Everyone knows when you play against a Mick McCarthy side, they are always well-drilled and well-organised. They had one or two players missing, but the bulk of their squad was here.

“I was pleased with our mentality and our shape. Those goals don’t just come because we’re open and expansive. It’s about working between the lines and being able to exploit the opposition when the chances come along.

“The first half against Stevenage replicated that, but we didn’t take our chances there. Today, the chances came along and we took them. It was a very, very good performance, but as we all know, it’s meaningless. But it’s a confidence boost going into the new season.”

You can watch Robinson’s post-match press conference in full on Valley Pass.