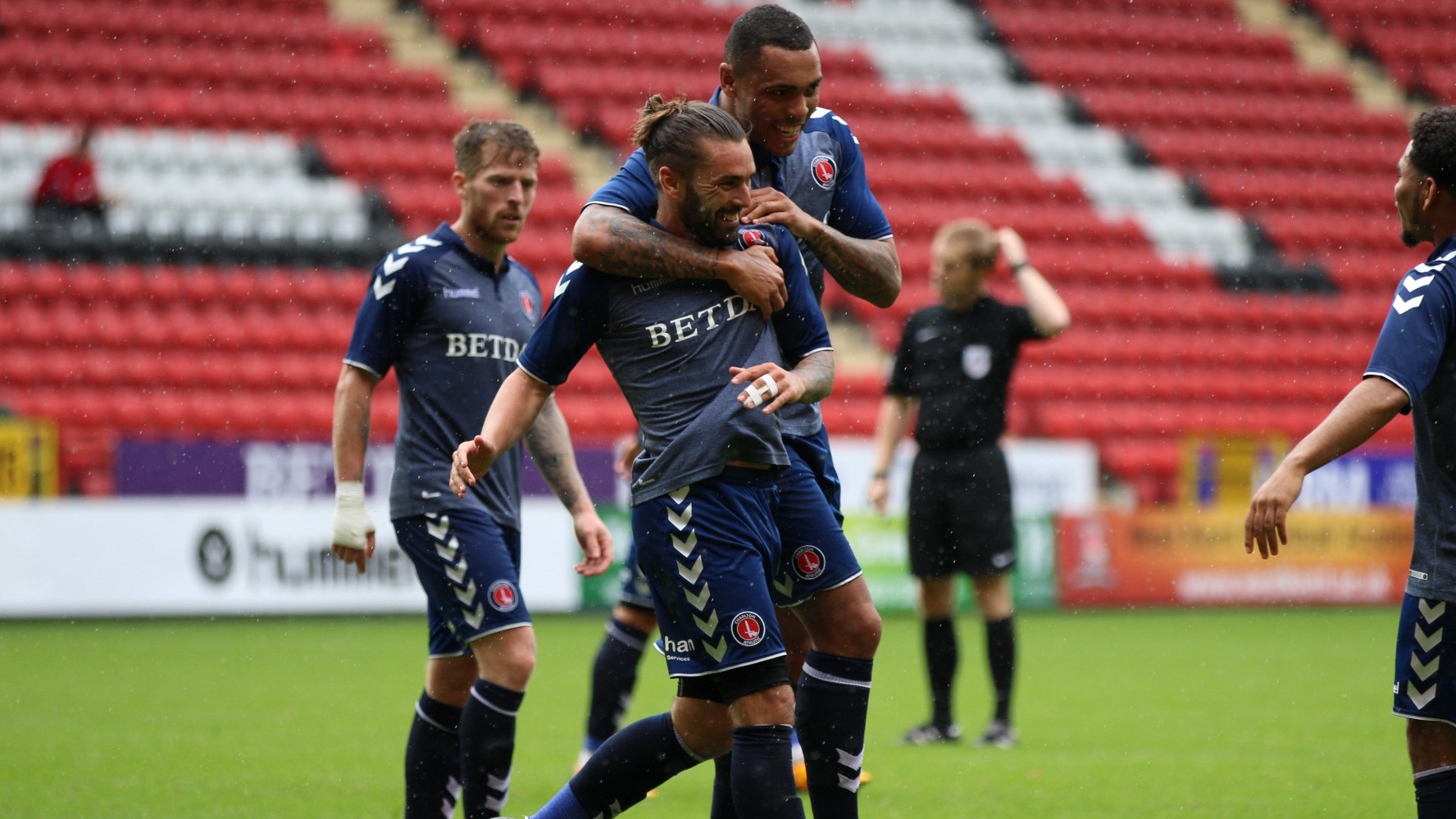 A double from Josh Magennis and efforts from Patrick Bauer and Tariqe Fosu had the Addicks in complete control at half-time, with Ricky Holmes adding two goals further goals after the break.

Andre Dozzell bagged a consolation for Town but the afternoon belonged to Charlton, who will head into their first match of the season against Bristol Rovers full of confidence next weekend.

Charlton grabbed the lead with 11 minutes on the clock. After Fosu was fouled by Tommy Smith on the left flank Holmes floated in a free-kick and Bauer outjumped his man to nod the ball into the far corner.

It was a great start for Karl Robinson’s men and they threatened to net a second when Magennis got to the byline and fizzed in a cross that was just too high for everyone in the middle.

The Addicks had made a really bright start to proceedings and they were rewarded with their second goal on 27 minutes. Billy Clarke capitalised on a loose pass in the Town back-line and unselfishly squared for Fosu to slot home from 12 yards.

Four minutes later, they made it three. A sweeping move concluded with the ball coming the way of Holmes on the right and he cut inside and crossed for Magennis, who brilliantly held off his man and headed into the corner.

Incredibly, Charlton soon made it four. Clarke was central to it again as he jinked his way into the box before cutting back to Magennis, who clinically rifled the ball home.

The tricky Fosu almost made it five before the break when he chopped inside from the left and sent a powerful strike goalwards that deflected over the crossbar.

The Addicks were in command at the break and they would only need six minutes of the second period to score their fifth. When it arrived, it was the goal of the match.

A lovely spell of possession began on the left and saw Charlton manoeuvre their way over to the other side of the pitch. Holmes fed Fosu on the wing and the summer signing returned possession to him where he then beautifully swept the ball beyond Bartosz Bialkowski from 18 yards.

Fosu blazed over following another slick move shortly afterwards and, at the other end, Ipswich then mustered their first attempt on target when Flynn Downes headed straight at Ben Amos.

The chance was just a brief break in Charlton’s dominance, though, and on 64 minutes Fosu almost grabbed his side’s sixth. He brilliantly flicked the ball over Adam Webster’s head on the half-way line and drove forward, a couple of step-overs took him clear of Tommy Smith but Bialkowski was alert to save his strike.

Ipswich pulled one back on 73 minutes. Sears headed down a deep cross to Dozzell and he bundled the ball home from close range.

But less than four minutes later, Charlton restored their five-goal lead. Substitute Tony Watt was fouled on the edge of the box and the outcome was almost inevitable when Holmes put the ball down. He superbly curled into the top corner.

It could have been seven when Magennis and Forster-Caskey burst through, only for the latter to be denied by the goalkeeper, and that is how the scoring stayed as the Addicks signed off their pre-season campaign in style.