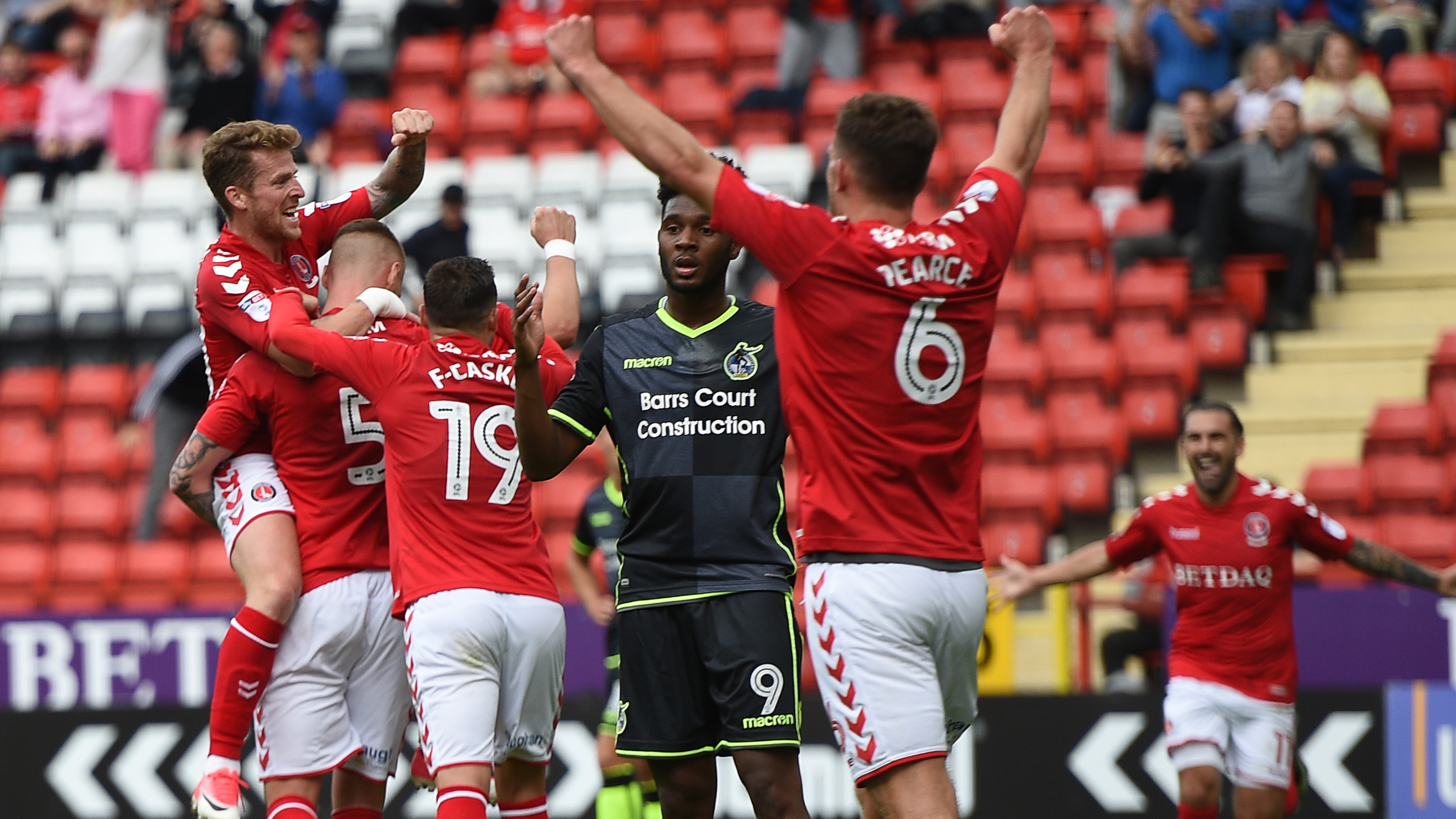 Charlton began the new season with a battling 1-0 home victory over Bristol Rovers with centre half, Patrick Bauer scoring the only goal of the game.

Setting up in manager Karl Robinson’s preferred 4-2-3-1 formation the Addicks kicked off the 2017/18 season keeping control of the ball in the early stages and looking to get everyone a touch. Rovers, playing 4-5-1 looked to have come to The Valley to try and hit the home side on the counter.

All the game planning by both sides had to change in the sixth minute when Lee Novak fouled Stuart Sinclair. The striker took the ball but his tackle on the Rovers’ midfielder was deemed to be dangerous by referee Christopher Sarginson who, after ushering away the appealing Bristol Rovers’ players, sent Novak off, leaving Charlton with 10 men.

Despite playing one man down Charlton continued to cause problems, with Jay Dasilva and Ricky Holmes a threat down the left and Tariqe Fosu particularly impressing down the right on his Charlton debut.

Billy Clarke shot wide from a Dasilva pass in the 16th minute and in the 33rd minute, a last ditch Rovers’ tackle prevented Fosu from opening his Charlton account after a brilliant Addicks move that included Dasilva and Holmes.

At the other end Charlton remained relatively untroubled in the first half with Rovers unable to take advantage of the extra man.

The goal came after more great work down the left ended with Holmes drawing a foul. The resulting free-kick, taken by the winger, found a leaping Bauer, whose powerful header beat Adam Smith in the Rovers goal, the keeper, clawed to keep it out but referee Sarginson adjudged the ball had crossed the line and gave the goal meaning Charlton took a 1-0 lead into half-time.

To the delight of the crowd, at half-time, fan Stuart McRae hit the crossbar to win himself £10,500 in the Valley Gold Crossbar Challenge.

Rovers came out for the second half with more purpose and attempted various efforts from long range but failed to trouble Amos whose best save was a smothering one as Rovers attempted a counter attack.

Indeed, despite the extra man, it was on the counter where Rovers looked most dangerous. They broke following a foraying run forward from Chris Solly, which resulted in a loud penalty claim for handball from Charlton fans. The counter attack was well held up by Jason Pearce and the brilliant Jake Forster-Caskey covered a lot of ground to nip the ball away from a Rovers' attacker.

The Addicks remained dangerous but as the game wore on the Bristol pressure became greater, the home side defended with energy, bravery and strong support from the Charlton faithful to earn a three points they fully deserved.

It was a brilliant all-around team performance, with Forster-Caskey and the returning Ahmed Kashi controlling the game from midfield and Pearce manning the backline with authority.