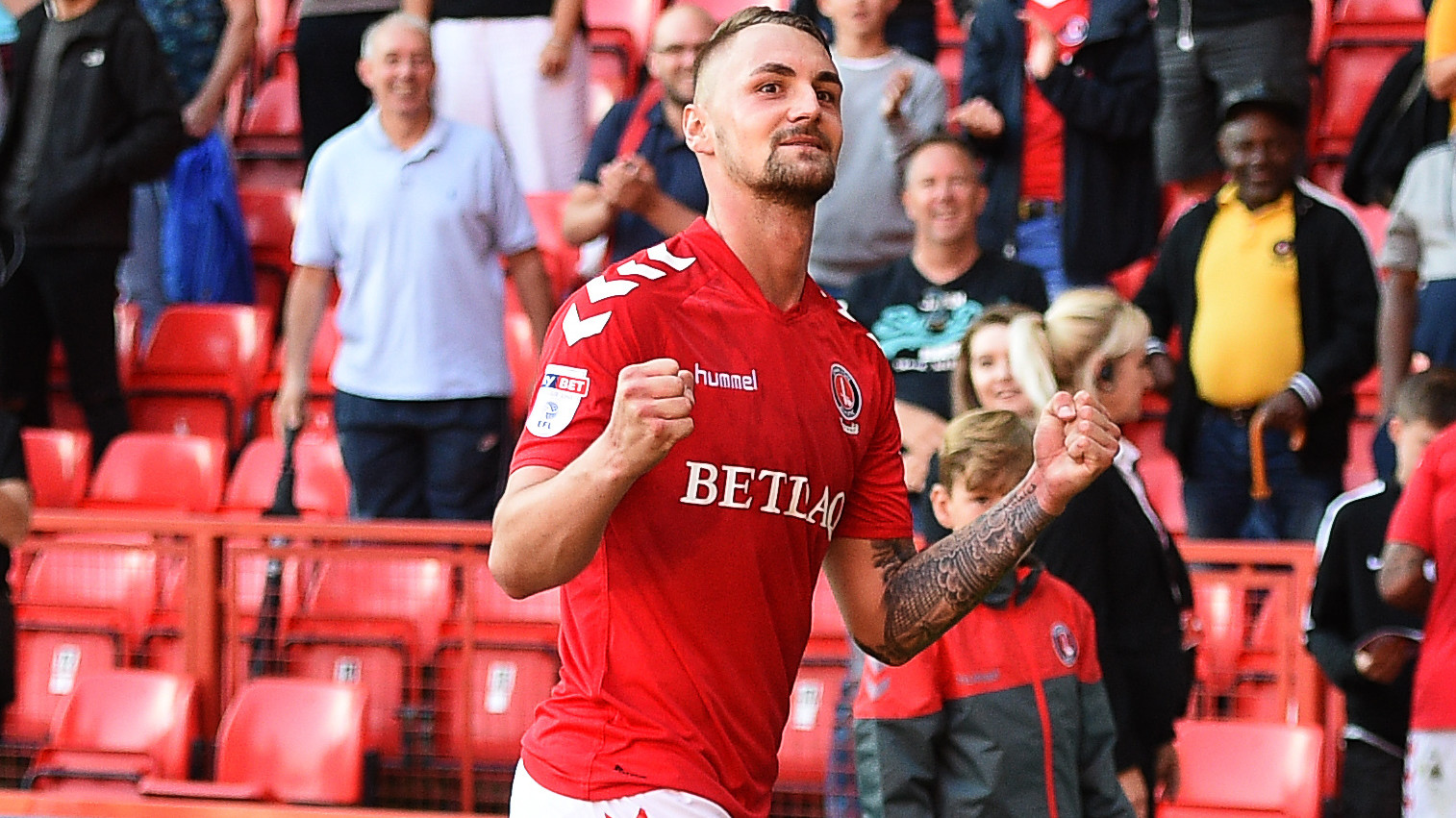 Patrick Bauer hailed a ‘special’ victory after Charlton got 2017/18 off to a winning start by beating Bristol Rovers at The Valley, despite playing for 85 minutes with just 10 men.

After Lee Novak was controversially given a straight red card on six minutes, the Addicks battled hard and managed to nudge ahead when the German’s 38th-minute header was adjudged to have crossed the line.

And after the break they continued to scrap and held firm to record a big three points in SE7.

“Every victory is nice but this is special with 10 men, especially as it came in front of our own supporters,” Bauer said.

“The sending off after six minutes was unexpected for everyone and we had to change our gameplan but we can be very happy to have got all three points.

“We played almost all of the game with 10 men and we are all really happy.”

The BFG also heaped the praise on the club’s fans, thanking them for their support in helping the Addicks to record the win.

He said: “The atmosphere was really good, everyone was really happy and now we have to recover for our next game on Tuesday.

“Plan A was out of the window very early and the atmosphere was great and helped us a lot.

“From last season, we collected experience against Bolton by winning with 10 men. We knew how to handle it and we did well and thankfully we left the pitch as the winners.”