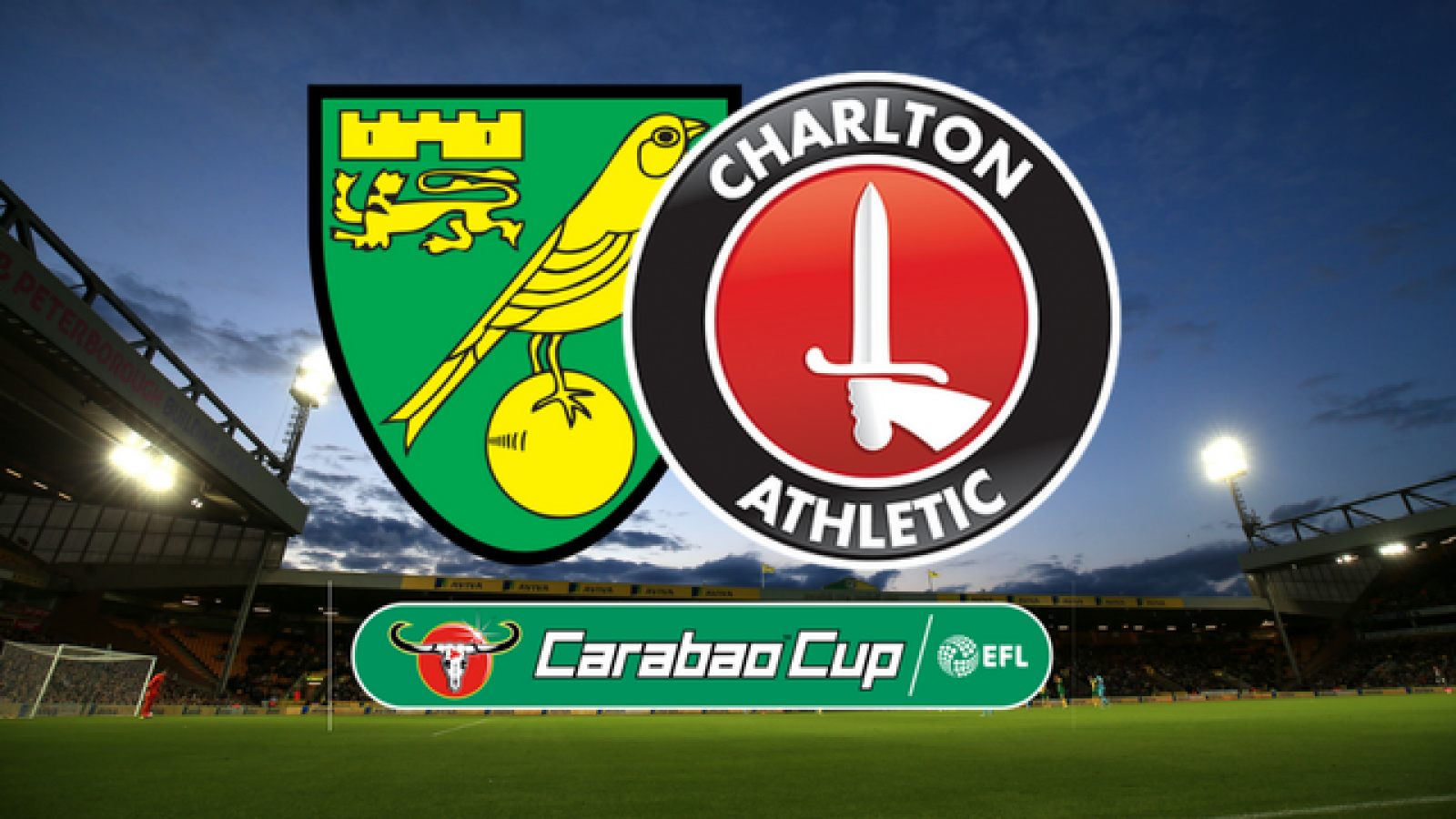 Charlton return to cup action as they take on Norwich City in the second round of the Carabao Cup at Carrow Road on Tuesday evening (7.45pm).

Karl Robinson has confirmed that he will once again be making a number of changes for the competition with just Billy Clarke and Tariqe Fosu expected to be the sole survivors from Saturday’s starting lineup for the emphatic 4-1 victory over Bristol Rovers.

The Canaries, meanwhile, play hosts off the back of a 4-2 defeat at Aston Villa at the weekend and have won just one of their four league games so far this term.

Daniel Farke’s booked their place in the second round with a 3-2 home victory over Swindon Town earlier this month and Robinson will have some idea of what to expect from the Championship club with the game coming just four weeks after the 2-0 pre-season friendly loss at The Valley.

Lee Novak is available for selection again after completing his three-match ban following his red card on opening day. However, Andrew Crofts will miss the chance to play against his former club as he serves the last match of his three-game suspension as a result of his dismissal in the first round.

Harry Lennon, Lewis Page and Mark Marshall all remain long-term absentees, while the clash at Carrow Road may come too soon for Ben Reeves to make his return to action.

Robinson is expected to call upon a number of the younger players who impressed against Exeter City in the last round, while U23 midfielder George Lapslie is one addition who has travelled with the squad to Norfolk.

Meanwhile, Norwich boss Farke has admitted he too will have to balance his squad and could make a number of changes himself.

Charlton and Norwich have met on 80 previous occasions in all competitions, with the Addicks coming out on top in 34 of those encounters, with the Canaries winning 27, while the remaining 19 have ended in draws.

Charlton’s last visit to Carrow Road was a memorable one, with Johnnie Jackson scoring a late winner in a 1-0 victory in September 2014.

Andy Haines will be the man in the middle on Tuesday evening.

Last season saw the referee take charge of 37 matches in which he produced 113 yellow cards and five red.

Haines officiated the Addicks on two occasions in 2016/17 – the Checkatrade Trophy clash with Southampton U23s at The Valley last August and the 2-0 home defeat to MK Dons in April.

Live commentary of the clash will be available on Valley Pass exclusive to subscribers with former Addick Dean Kiely joining Terry Smith in the commentary box. Click here for more information on how you can subscribe to Valley Pass.

Tickets will be available from Carrow Road on the night priced: