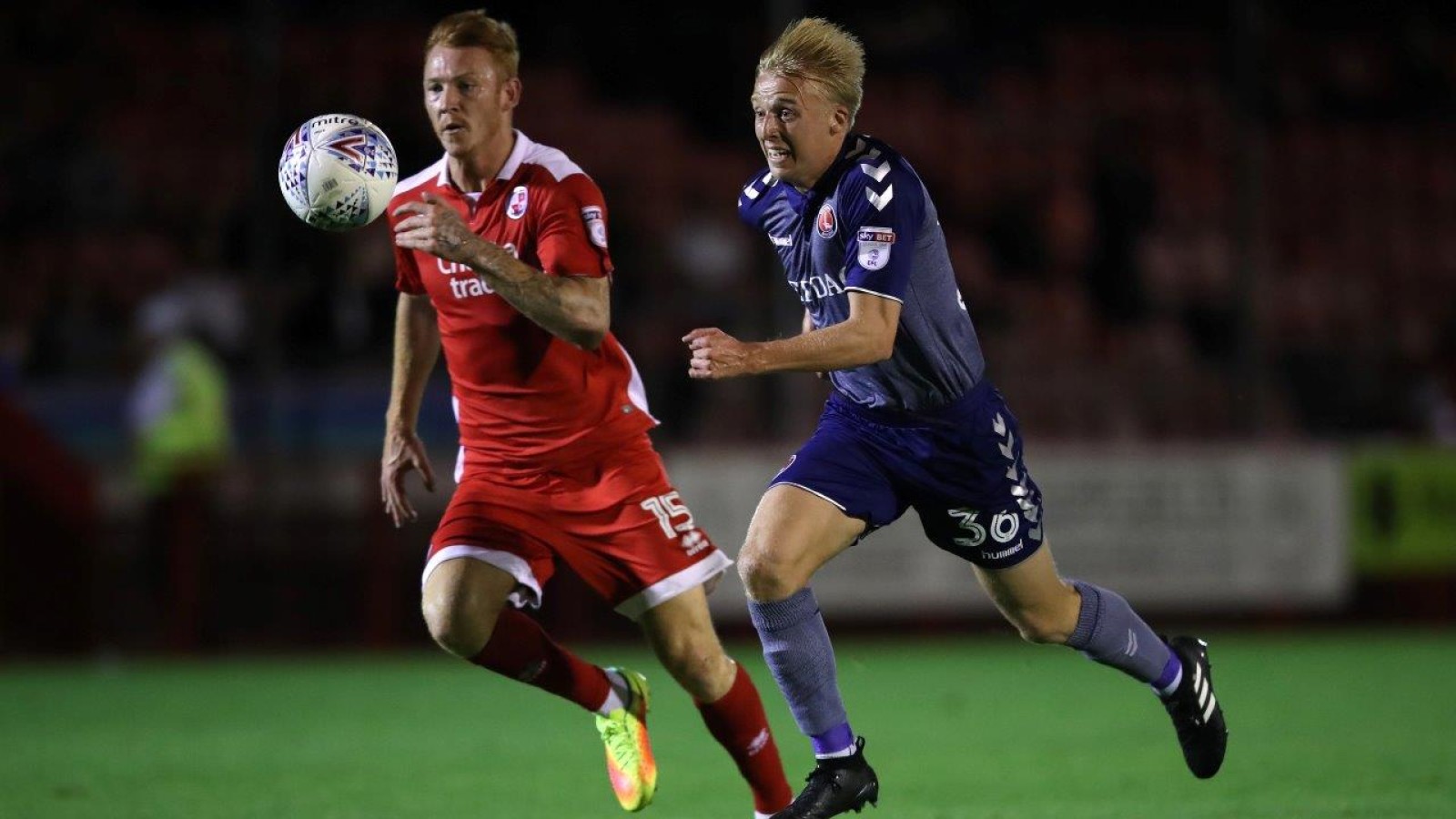 Charlton kicked off their Checkatrade Trophy campaign with a 2-0 victory over Crawley Town at the Checkatrade Stadium on Tuesday evening.

The Addicks’ academy was well represented on the night with a number of the club’s youngsters impressing throughout. While Ben Reeves put the visitors in front with his first goal since arriving last month, it was George Lapslie who stole the headlines by scoring the second after coming off the bench on his professional debut.

Karl Robinson made eleven changes to the side which earned victory at Rotherham United on Saturday as he named a youthful lineup at the Checkatrade Stadium.

The average age of the starting XI was 21 years and eight months, while Andrew Crofts, Naby Sarr and the returning Reeves provided the experience alongside eight academy graduates, including Aaron Barnes and Reeco Hackett-Fairchild who were making their first senior starts.

Meanwhile, there were places on the bench for youngsters Louis-Michel Yamfam and Taylor Maloney for the first time.

The hosts were the first to come close to opening the scoring with 19 minutes on the clock when a low cross was deflected towards his own goal by Barnes, forcing Dillon Phillips into a diving save to his right.

Meanwhile, the Addicks registered their first shot on target moments later via Karlan Ahearne-Grant who did well to cut into the box from the left, before seeing his low, angled shot saved by keeper Yusuf Mersin.

And with 37 minutes gone, the visitors took the lead courtesy of Reeves’ first goal for the club.

After playing a short goal-kick from the back, Crawley backed themselves into a corner, forcing Mersin into a rushed clearance which only fell as far as Crofts. He played the ball through to Reeves who took a touch and picked his spot, firing into the bottom right-hand corner from 20 yards to put his side in front going into the break.

Into the second half and Charles-Cook began causing some early problems down the right-hand side and forced Mersin into a smart save after galloping into the box.

Meanwhile, there was another proud moment for the academy in the 55th minute when yet another young Addick emerged from the bench to make his senior debut with Lapslie emerging from the bench in place of Reeves.

Indeed, it would not be long before the 19-year old capped off a special moment by marking the occasion with his first goal in senior football.

Latching on to Hackett-Fairchild’s flick on, he sprinted into the box and poked the ball past the keeper, in off the post.

Crawley looked to find a way back into proceedings and saw a Josh Payne free-kick dip narrowly over the bar late on, but did not get close to troubling Phillips in between the sticks for Charlton.

There was one more debut to come in the dying minutes when 18-year old Maloney came on for Crofts to make his senior debut and it wrapped up a fine evening for the Addicks and, in particular, the club’s academy.