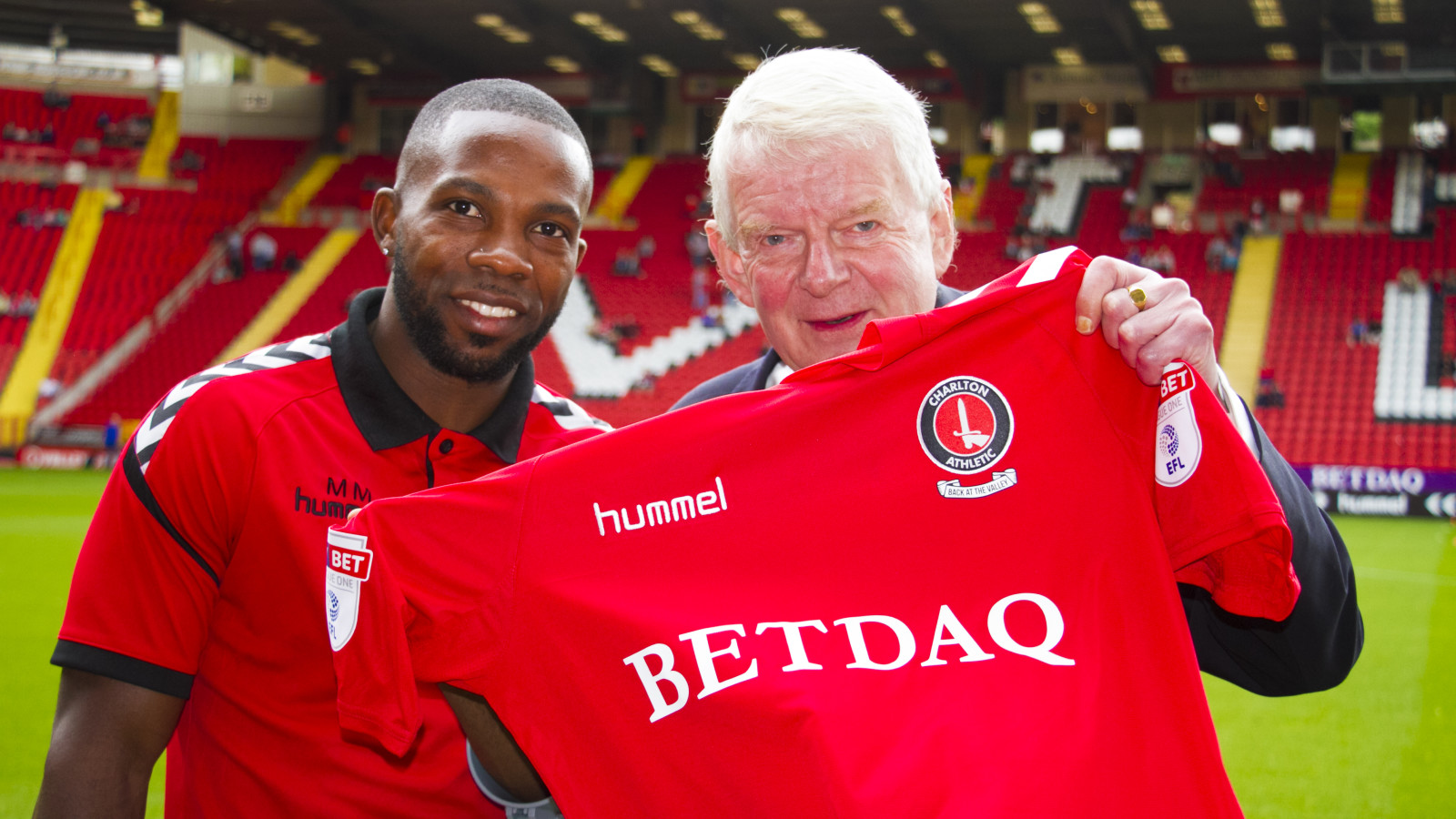 The Valley had a special visitor recently in the form of legendary football commentator John Motson and the man with the mic revealed a somewhat unlikely friendship with one Addicks winger.

Motson, who is well-regarded as the ‘voice of football’, came down to SE7 for the last home match against Northampton Town to visit summer arrival Mark Marshall, whose shirt he has decided to sponsor.

Explaining why, he said: “It happened at Barnet, my local club, and I was sponsoring the shirt of Albert Adomah. When he left, I said to the commercial manager ‘we’ve got another very good winger here in Mark Marshall, so just move my sponsorship along to him.

“So as soon as I knew he’d signed for Charlton, which is a club I have a lot of affection for, I got in contact and asked to sponsor his shirt again.”

Motson’s affection for the club goes back to 1954 when he attended his first ever football match as a child, with The Valley the chosen venue for that inaugural moment of his career.

“It was Charlton against Chelsea in a 1-1 draw,” he continued.

“In those days, they used to have a band on the pitch before the game and they put them on the halfway line when the game started. Charlton had a right-half called Benny Fenton who cleared the ball which hit the drum and this huge bang resounded around The Valley. That’s not something you have to worry about anymore!

“It was always a good community family club and we had a lot of good times here.”

Meanwhile, Marshall added that it was a privilege to have Motson follow his career over the years.

“Playing FIFA and watching games over the years, he’s that unique voice, so to sponsor me at Barnet and to follow my career is a privilege,” he said.

“I respect him a lot and he didn’t have to come and do this for me. I’ve been through a lot and I’ve had to work my socks off and, hopefully, when I come back I can have him sitting up in the stands watching me do my best for myself and for the team.”

Supporters can watch a full interview with John Motson and Mark Marshall on Valley Pass.