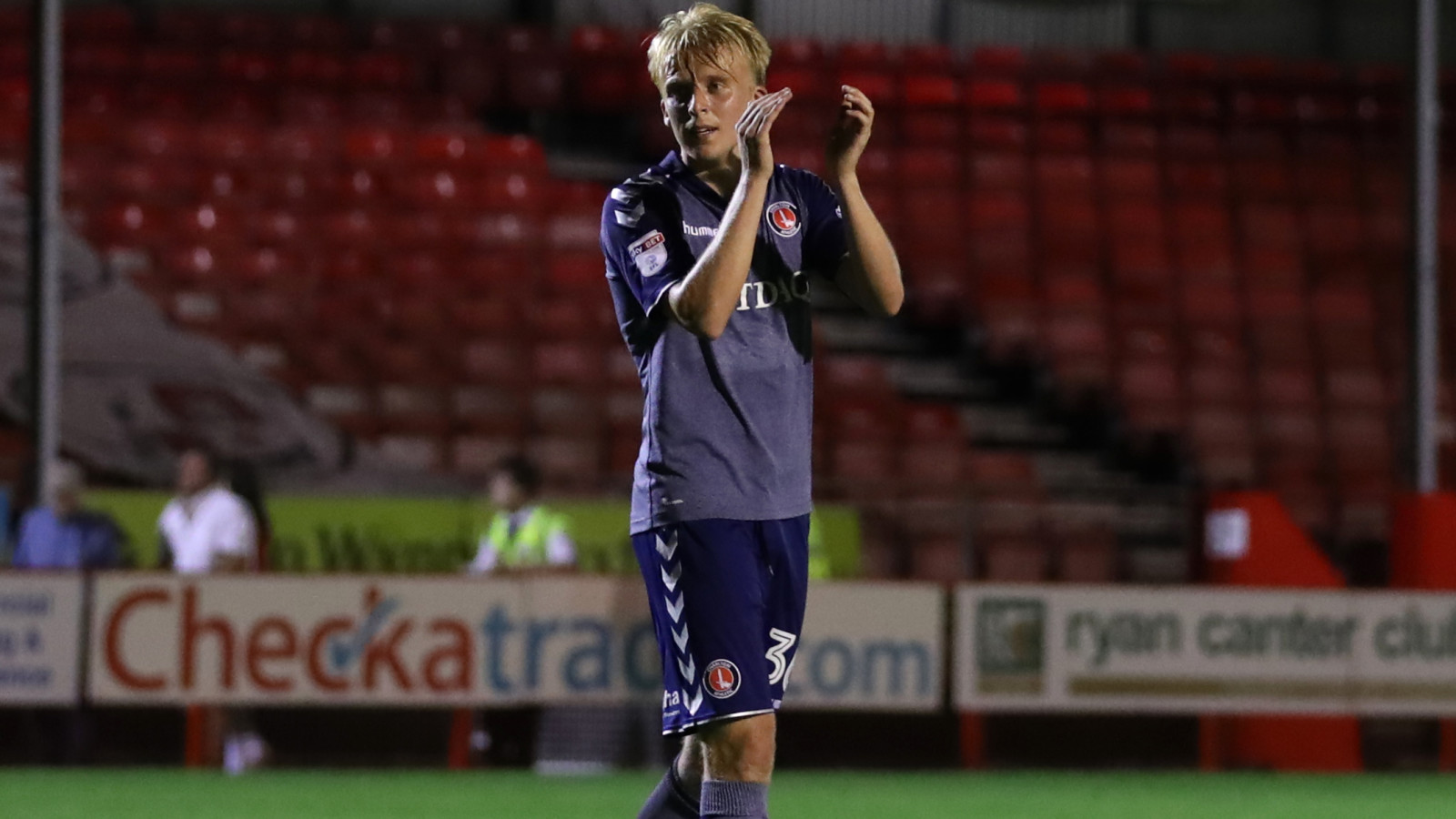 George Lapslie became the latest academy graduate to make his mark on Charlton’s first team when he scored on his senior debut against Crawley Town in the Checkatrade Trophy.

It took him just 15 minutes to find the net as he poked home, via the post, having latched onto a Reeco Hackett-Fairchild flick-on.

Footballing Family: George’s brother is also a professional footballer. His sibling Tom, 21, plays for Colchester United and made 40 appearances for the U’s last season. One of those came in the Checkatrade Trophy against Charlton, a game that George was an unused substitute for.

A long time coming: George has been on Charlton’s books since the age of 11. He linked up with the Addicks having impressed during his final match for his previous club Chelsea and since then he has excelled during our youth system for eight years. He captained Charlton’s U18s to the Professional Development League 2 South title in 2016.

Asking for advice: George cites a couple of people as being key in his career so far, with one being a little less obvious than the other. The first is Academy Manager Steve Avory, who George says really drives the club’s young players to work hard and he also quotes Avory as saying: “if you don’t make it, don’t let it be because of your attitude.”

The other is French midfielder Alou Diarra, who George says gave him a lot of good advice when he was at the club. The former World Cup finalist, in turn, said that he enjoyed being on the same team as Lapslie in training!

From keeping them out to sticking them in: When George first fell in love with football he was actually a goalkeeper. He soon changed to an outfield player, though, and is now renowned around Sparrows Lane for his all-action and energy-filled midfield displays.

Not the first… or the last: George became the fourth Charlton academy graduate to make his senior debut this season, despite the new campaign being less than a month old. He is also the 28th graduate to make his senior bow since the start of 2010 and, shortly after his introduction, Taylor Maloney was called upon by Karl Robinson, making him debutant number 29 since 2010.