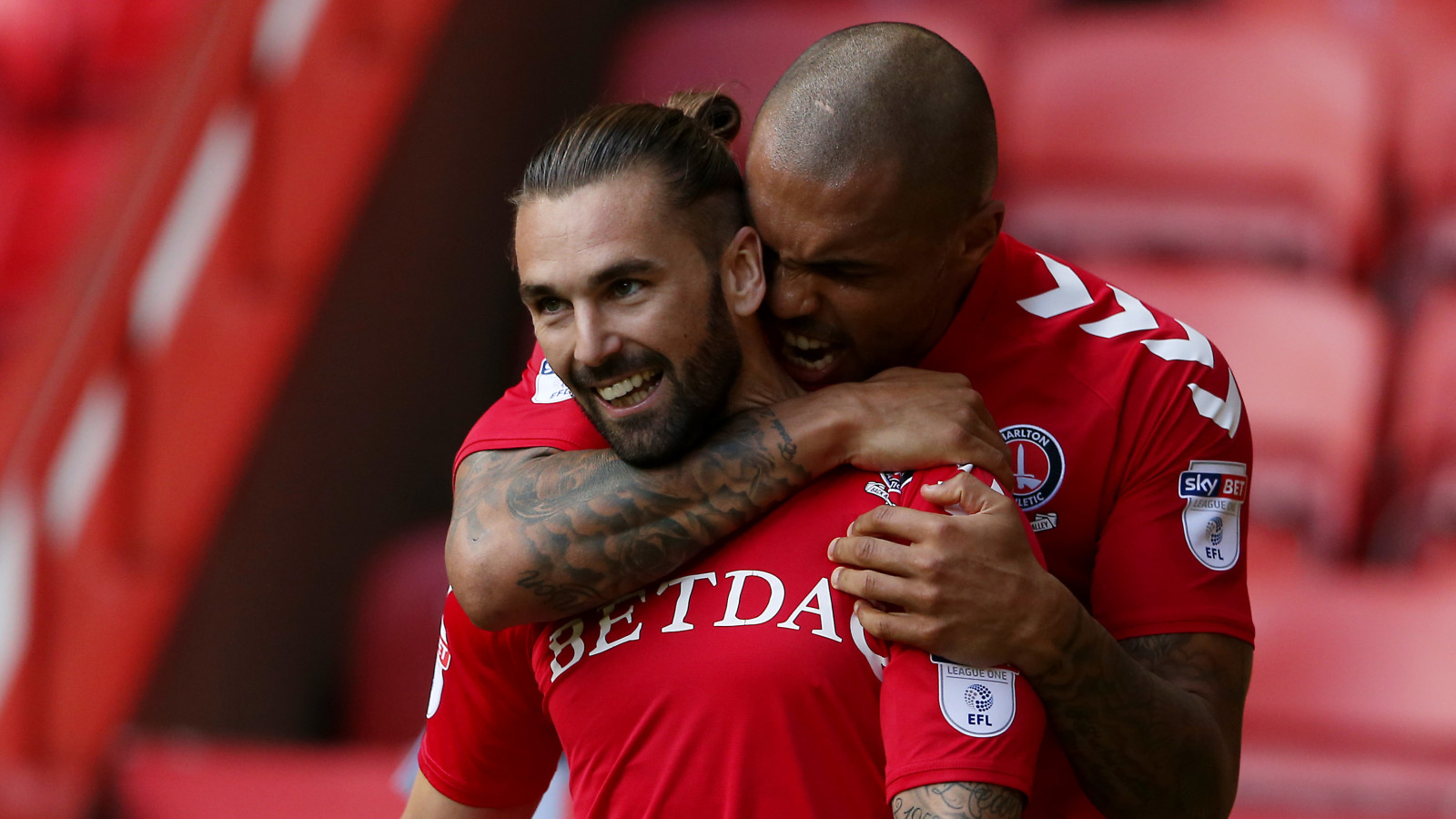 Charlton made it four wins in a row beating Southend United 2-1 at home with goals from Josh Magennis and Ricky Holmes to go to second in League One.

The two goals came within three minutes of each other but the visitors equalised with 12 minutes to go, giving Charlton fans a nervy end to the game.

With Magennis and Jay Dasilva back from international duty, Karl Robinson went for the same line-up that won 2-0 away at Rotherham a fortnight ago.

Charlton had their first half chance in the eighth minute, after some patient build-up down the left the ball eventually made its way to Holmes who won the corner. From a quick corner a Bauer header looped away from danger.

In the 15th minute Southend had a decent chance to take the lead through Ryan Leonard who headed over after a corner from a good position. The Southend pressure continued and Pearce had to be brave on more than one occasion to block shots.

Charlton picked up the tempo and in the 22nd minute a whipped cross from Billy Clarke on the left wing had to be headed away.

At the other end a quick Southend counter attack broke, a deflected cross by Michael Kightly was well saved by Ben Amos but the ball fell to Ranger who scuffed a shot wide from inside the box.

In the 24th minute a powerful drive from Kashi had to be parried away by Southend goalkeeper Mark Oxley.

Pearce controlled well and dragged wide a difficult half volley from the edge of the area in the 29th minute after a lovely touch inside by an unselfish Holmes.

In the 32nd minute, after two dangerous balls into the box failed to find a Charlton man, a lobbed Dasilva cross was headed at Oxley by Magennis.

Pearce again bravely put his body on the line with a block from a powerful Simon Cox effort after the midfielder found himself free in the Charlton box.

Billy Clarke was centimetres away from giving Charlton a 40th minute lead. The attacking midfielder received a pass from Fosu on the edge of the Southend area, faked a shot with his right foot to create room for a left-footed drive which went just past the post.

The second half began slowly but Holmes sprang the Addicks into action with a bursting counter-attack forward minutes shortly after being booked for a foul on Leonard. His shot from the edge of the area deflected behind for a corner.

Charlton’s best move of the game came in the 56th minute when a deep Holmes cross from the left was knocked down by Clarke for Jake Forster-Caskey whose acrobatic effort from the six-yard box was comfortably saved by Oxley. In the following minute Magennis wasn’t quite able to toe in a dangerous whipped cross from Fosu.

In the 65th minute after some sustained Southend pressure, Charlton took the lead. Dasilva’s cross field ball came to Chris Solly just inside the Charlton half. The full back played into Fosu but didn’t stop running. Fosu held the ball up allowing the Charlton captain to overlap. Fosu’s perfectly timed pass set-up the on-rushing Solly for a cross. The right-back’s cross was first time and Magennis got in front of his defender to hit home inside the six-yard box.

It was 2-0 just minutes later. From the left wing Holmes turned inside onto his right foot. Jay Dasilva bombed on outside him to make the Southend defender think allowing Holmes just enough time to beautifully curl the ball along the floor into the bottom corner.

Southend pulled one back in the 78th minute when John White met an outswinging corner from substitute Stephen McLaughlin with a thumping header from near the penalty spot.

In the 83rd minute Magennis blocked a Leonard effort on the line after Charlton failed to clear a penalty box scramble.

Southend continued to lump the ball forward but the Addicks dealt well with it to hold on for another three points.